The Sanyo DP55441 55-inch 120Hz LCD HDTV greatly impressed Andrew Robinson, who was tasked with reviewing the model, because it packed a lot of performance at a very reasonable price. 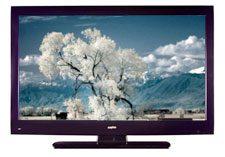 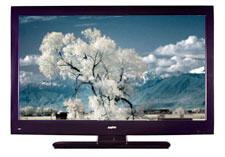 Lately I’ve been obsessed with affordable home theater products. I don’t care what the make or model; I believe we’re going through a renascence, brought on by an ailing economy, that is resulting in some fine and affordable products hitting the marketplace. Case in point: Sanyo‘s latest crop of HDTVs, specifically the 55-inch DP55441 reviewed here.

Sanyo doesn’t give the retail price for the DP55441 on their website but many retail chains such as Wal-Mart sell it regularly for $848.00. The DP55441is a 55-inch, 120Hz LCD HDTV with a native resolution of 1920 x 1080 pixels and a reported contrast ratio of 5,000:1. The DP55441 measures 52 inches wide by 36 and a half inches tall and four inches deep without its included stand and 15 inches deep with its table stand. The DP55441 weighs a hefty 69 pounds all in. In terms of style the DP55441 is pretty basic, featuring a chunky black bezel surround that does little to mask or disguise what it is and that is cheap plastic. Still, I can forgive the DP55441’s lack of design flare if its performance is good, for it’s a budget HDTV after all.

In terms of connection options the DP55441 has a few: three HDMI inputs (two rear, one side), two component inputs, a PC input (15 pin) with mini audio input, a single USB input (photos only), a coaxial digital audio output, analog audio output and finally a single RF input to be used in conjunction with the DP55441’s internal tuner. The DP55441 has two, 10-Watt internal speakers. The DP55441 lacks Internet connectivity as well as 3D capabilities, which no doubt is a cost saving measure and just one of the reasons why you’re able to purchase a 55-inch HDTV for well under a grand.

As for performance the DP55441 isn’t bad, in fact I was pleasantly surprised with its overall image after a bit of calibration help from Monster Cable’s ISF Calibration disc. Despite having real world specs (when was the last time you saw an HDTV with less than a million to one contrast ratio?), the DP55441’s image was appropriately sharp with solid but not class leading black levels and colors that appeared natural after calibration. Calibrating the DP55441 isn’t an exact science, for its level of control isn’t as fine as some costlier sets but you can still achieve a well rounded image with little effort. Turning off the DP55441’s back light sensor and 120Hz processing helped firm things up, not to mention smooth them out, for neither “features” were seamless or stealthy in their operation. Low light and black level detail was on par with most middle of the road HDTVs, texture was again better than average and noise levels were kept to a minimum though the better the source and source material the better the DP55441 performed. If you have a host of DVDs still in your home theater library, the DP55441 isn’t the best when it comes to SD material but its far from the worst and by no means a deal breaker, though if you can feed it an HD broadcast or Blu-ray disc you’ll be handsomely rewarded.

Read about the high points and low points of the Sanyo DP55441 LCD HDTV on Page 2.

High Points
• For well under a thousand dollars its clear where Sanyo‘s money and efforts have gone with regard to the DP55441 – its performance.
• The DP55441 is easy to install, easy to live with and performs as well as you would expect a budget HDTV to perform.
• The DP55441’s image is by no means class leading though there are a number of cheaper HDTVs that can’t hold a candle to its performance. If you’re not one of those who are super critical and just want a no-frills HDTV to enjoy your favorite television shows and movies on, then the DP55441 is tailor made for you.

Low Points
• The DP55441’s fit and finish isn’t exactly confidence inspiring for while I doubt it will break or simply fall apart, the materials used are cheap in nature.
• The DP55441 does lack in the input department, especially when it comes to HDMI, having only three which isn’t enough in my opinion.
• The DP55441’s level of picture control is a bit basic and the adjustments within each parameter a bit large in terms of their effect. You can still calibrate the DP55441 and achieve a suitable image but the control just isn’t as precise.
• Some folks have complained online that the DP55441 suffers from lip-sync issues. This is true though if you disable its 120Hz motion processing and auto dimming it does fix the problem. This is more the technology’s fault and not Sanyo’s, for most sets suffer from this anomaly. Still they are two features you’ve paid for that do little to enhance your viewing experience.
• The DP55441 has no Internet connectivity nor 3D ability of any kind, so consumers looking for those features should look elsewhere.

Competition and Comparison
The 50 to 60 inch HDTV market is hotter than ever with displays ranging in price from the affordable to insane. Focusing only on the DP55441’s affordable competition one should also look at and/or consider Vizio’s E551VL 55-inch LCD HDTV. Retailing for $1,099.99, though I’m sure its street price is far lower, the E551VL is another no-frills HDTV, though unlike the Sanyo DP55441, the Vizio appears to be better built and boasts slightly better specs.

Conclusion
While the consumer electronics world would rather you spend your money on a larger than life LED HDTV with all the bells and whistles, the truth remains that unless you need and/or care about the bells and whistles there’s a strong argument to be made for a no-frills, affordable HDTV such as the Sanyo DP55441. Is it the best HDTV on the market today? No. Is it the worst? No. Truth be told it’s slightly above average but that’s not what makes it appealing. What’s appealing is the fact that its cheap, packs enough performance to make it worth it and is easy to use and live with, which is more than I can say for a lot of the more “fancy” HDTVs I’ve encountered.