Screen Innovations has launched a new line of wireless motorized projection screens: the Solo and Solo Pro. These motorized Zero Edge screens come in a long, lightweight cassette that mounts easily to a variety of bracket options, and the system uses a... 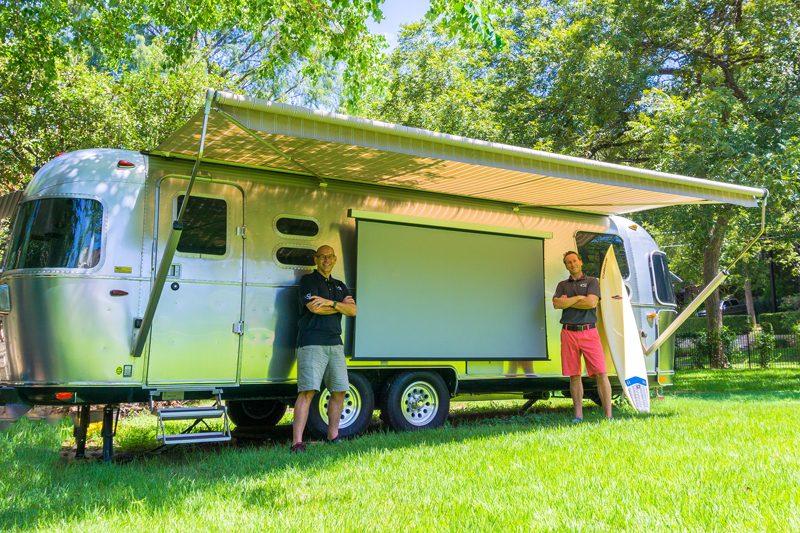 Screen Innovations has launched a new line of wireless motorized projection screens: the Solo and Solo Pro. These motorized Zero Edge screens come in a long, lightweight cassette that mounts easily to a variety of bracket options, and the system uses a lithium-powered, rechargeable motor that allows for completely wire-free operation. The Solo uses the Slate 1.2 ALR material and is available in screen sizes of 80 and 100 inches, while the Solo Pro can use Slate, Pure, or 360 material and comes in sizes from 80 to 120 inches. Prices start at $1,600.

Screen Innovations
Screen Innovations (SI) confirms the launch of Solo & Solo Pro, a breakthrough family of wireless motorized projection screens offering a sleek, minimalistic Zero Edge like experience in a portable and lightweight cassette. Designed to accentuate the design of a room, Zero Edge was originally invented by SI in 2011 as a part of their vision to make the image beautiful in the room. Shortly thereafter, Zero Edge had become the #1 screen in the SI line and a favorite of integrators and customers around the world.

Building upon this massive success, SI announces a new motorized version of their Zero Edge screen that is completely wire-free, can be carried in the palm of your hand, and mounted nearly anywhere. Further, Solo features an intelligent, lithium-powered, rechargeable motor that utilizes a new patent-pending magnetic charging system, enabling up to 500 recharge cycles and over two years of use on a single charge.

"We have one goal," said Ryan Gustafson, SI's President. "Create amazing experiences. We know if we accomplish that, our dealers will thrive." To follow through on this directive, Solo's wireless control and power allow it to exist anywhere. Even when seemingly levitating in front of a wall of windows. SI has also added an incredible array of options for Solo Pro, such as 12 color options hand-picked by designers. This gives dealers, for the first time, the ability to offer their customers a projection screen that blends into their room, enhancing the illusion that the screen completely disappears when not in use.

Solo is designed to be mounted nearly anywhere, thanks to its small form factor, lightweight, and multitude of designer mounting accessories. Some of these accessories include universal brackets which adapt to any 1/4-20 threaded application, quick release brackets, ceiling brackets, or even suction cups for mounting to windows or other smooth, flat surfaces such as an RV or Airstream.

"Probably the most beautiful thing about the screen is not actually the screen itself, but how it seamlessly fits into its environment, and more importantly, your control system," remarked Tom Cooley, SI's COO. "We are capable of integrating with all of the major control ecosystems, even Amazon Echo for voice activated control. To top it off, we have engineered a new control device, Solo Control, which enables a wide array of I/O ports while maintaining a completely wireless connection to the screen."

From design to engineering and screen material, the new Solo line was developed without compromise. Solo is available in Slate 1.2, which is one of SI's ambient light rejecting screen technologies, best known as the first projection screen in space. Additionally, Solo Pro is available in both variations of Slate and Pure, in standard and acoustically transparent varieties, as well as 360, SI's rear-pro flexible material that is viewable from both sides. Every Solo screen incorporates SI's own method of tab-tensioning, which uses a computer-controlled cutting table to cut the tabs into the screen material itself rather than adhering tabs after the fact, which can break off or come unglued over time.

Availability: November, at a starting price of USD $1,600.