Should Some Audiophile Products Be Sold on a Limited-Edition Basis?

Should Some Audiophile Products Be Sold on a Limited-Edition Basis?

Would the audio industry benefit from selling certain products on a limited-edition basis? Would this add the necessary urgency to the purchase process for audio gear? Jerry Del Colliano explores the idea in this week's featured news story. 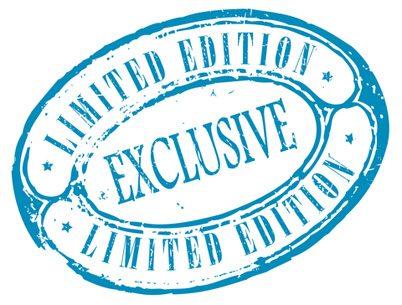 Some of life's small luxuries make me very happy. Incrementally, you could call them expensive, but I don't find them to be overpriced because they bring me joy. For example, I switched to $40-per-bottle (and it's a pretty small bottle) Fresh Soy shampoo after sampling it at a Santa Barbara resort that my wife and I used to frequent. The shampoo smells great to me, as do the company's expensive soaps. They wash about as well as any soap; but, starting my day with a pleasant scent--be it grapefruit or lemon cello--is one of those small things in which I'm willing to invest. I know it's pretty metrosexual of me, but I am perfectly fine with that.

What I am not perfectly fine with is the idea that Fresh, after successfully luring me to become a loyal customer of its brand, has now stopped making the shampoo that I like so much. The last time I was at Barneys, I stocked up at the recommendation of the saleswoman. Now, with only one bottle left in my fruity reserve of soaps and shampoos, I have started searching places like Amazon and Ebay. Guess what? The sellers want $100 per bottle. Now, I told you that I love this shampoo (more so than the new "sea berry" shampoo that Fresh came out with to replace the Soy), but I just can't pull the trigger on a $100 bottle of shampoo.

This got me thinking about how the supply-and-demand model could positively affect the audio industry. When former managing editor Andrew Robinson worked for the publication, I tried to buy him a pair of speakers that he really lusted after--the MartinLogan CLS--as a Christmas bonus. These curved electrostats are the speakers that started it all for Gayle Sanders and MartinLogan back in the day. They have almost no bass and are nearly impossible to image, but that doesn't mean they don't have a following. Just check the MartinLogan owners forum--these speakers have a fervent, cult-like following. MartinLogan no longer makes the CLS speaker, so finding a pair is hard. Andrew located a few pairs at an in-home Southern California AV retailer that we dubbed "The Cat Piss Palace." The speakers were broken and reeked of feline urine, but that didn't mean they couldn't be reconditioned into pretty much a new pair, as all you really needed was the wood frames. I tried unsuccessfully to get the proprietor of the Cat Piss Palace to sell me the speakers...at any price. He had two or three pairs just rotting away. I felt like Wayne Carini from Chasing Classic Cars when he is forced to leave his latest find in the garage and go home empty-handed.

What if MartinLogan decided to make a limited number of CLS speakers based on the original design? Assuming that this is even possible, can you imagine how fast the national and international sales team could sell out a limited-edition run? It would take no time at all, as there is significant retro-demand and literally no used pairs for sale. It would be a cool, kitsch product that could energize the company's sales chain and get some enthusiasts to buy new speakers because this, very likely, would be their last chance at a pair of these famous speakers.

Some audiophile companies already operate on this limited-edition model. Nelson Pass' kitchen table project, First Watt, is a good example. Nelson doesn't really limit the number of amps sold by Pass Labs (thank God because I need another one for my new system from his new lineup of Class A amps); however, First Watt only sells so many of his hand-made products. You either buy one when it's available, or you don't--when they are gone, they are gone. For those who collect First Watt gear, you don't want to miss out, as the price is only going to go up as the stock disappears...just like a bottle of foofoo shampoo.

Car companies know implicitly that limited-edition products sell because it's part of the human condition to want what we can't have. As legend tells the story, Ferrari polled its global dealers to see how many truly qualified buyers there were for the F40. The answer was 400. The company built just under 400 for global consumption, and the price has gone up and up. Porsche stopped making a 911 Turbo for a while when the company transitioned from the air-cooled designs that were sold through 1997. The price of these cars remained at retail (or higher) for more than five years. They dipped when new Turbos came out; however, with the economy booming and the 993 model 911 Turbo being somewhat iconic, the cars are selling used today for more than $50,000 above the sticker price. (Somehow I didn't get this memo, as I sold my Turbo for $40,000 below retail at the bottom of the market in 2009...doh!)

The beauty of the limited-edition product is that it creates a time-sensitive close. Why buy this audio component right now? Because if you don't, there won't be any more left next week or next month. Perhaps the limited-edition approach isn't right for every audiophile component, just the special ones. It creates real-world market demand for a product that people likely want to buy anyhow. It inspires them to buy now and secondarily provides them with more value in the long term. Everybody thinks a car drops 30 percent the second you drive it off the lot, but that's not the case with limited-edition cars.

Renowned watchmaker Patek Philippe discontinued making the 3919 watch that I wanted so badly about five years ago. I choked on buying one for $6,500: I offered $6,000, since I use my iPhone for a watch more often than not, and the salesman politely turned me down. I should have bought the watch, as it is now selling used for double to triple that price, and Patek doesn't make a watch that narrow anymore. I blew it.

What adds urgency to the purchase of an audiophile system or component? Today's process for many hobbyists can include going to every store in town (assuming any are left), traveling to hear the gear out of town, going to regional shows like Rocky Mountain Audio Fest or AXPONA, and so on. What gets the customer to finally pull the trigger? Often, it's less-than-perfect motivators from dealers, like "I can save you tax" or "I can discount 20 percent." I don't think that's as effective as "It's the last one left" or "This product is limited edition and will be a better investment."