Should You Buy a Retail Protection Plan for That New TV?

Should You Buy a Retail Protection Plan for That New TV?

Jeff Berman takes a closer look at some of the TV protection plans offered by big-name retailers. Are they worth it? Read on to find out. 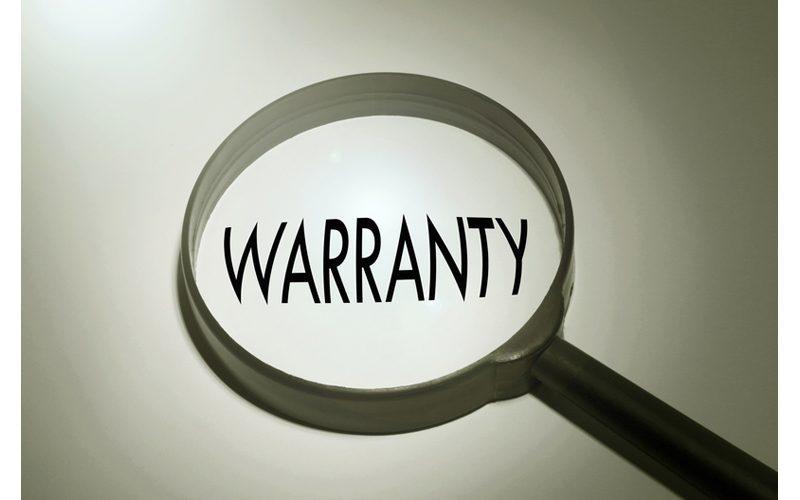 So, you’re about to buy a new big-screen TV in time for the Super Bowl–maybe a high-end 4K model loaded with features like High Dynamic Range. You’ve even selected the manufacturer and model that you want after reading a positive review of it (hopefully on this website). Now you just want to go down to a local retail store to see the TV for yourself and confirm that everything lives up to what you’ve read and then fork over the dough to bring it home.

The one question you know you’ll hear before you cough up that moolah is the one that has become, for many consumers, the most annoying question one can hear from a salesperson: “Do you want our [INSERT SPECIFIC RETAILER’S PREFIX] protection plan?” If you’re at Best Buy, it’s the Geek Squad Protection Plan. If you’re at Sears (and it happens to be one of the few locations that still sells TVs), it’s the Sears In-Home Master Protection Agreement. And so on.

Should you buy the retailer protection plan for a big-screen TV? To cut right to the chase, my answer is … You probably don’t need to if you’re buying a well-reviewed TV model from one of the top brands. However, there are some cases in which it’s a good idea.

When it comes to TVs and retail protection plans, the three main questions to ask are: 1) What does the plan offer that the manufacturer’s warranty doesn’t? 2) How likely is it that the TV is going to have such an issue during the time period covered by the protection plan? 3) What’s the extra cost?

Manufacturer’s Warranty Vs. Retailer Protection Plan
Part of the spiel that you’re likely to hear from a salesperson is that the manufacturer’s warranty doesn’t cover every issue that could possibly go wrong with a TV. As you may be aware, one incentive for the salesperson to tell you that is that the retailer typically makes more profit off the protection plan than the TV itself. However, in many cases, the salesperson is likely providing correct information, especially if he or she works for a reputable retailer.

In general, a TV manufacturer’s warranty covers manufacturer defects for only one year. I reached out to several TV manufacturers to ask about their TV warranty plans, and they did not respond to my request for a comment on the subject. Samsung, the overall TV market-share leader in the U.S. for several years, declined to comment, but here’s how the company explains its warranty on its website: Coverage on its LED-backlit LCD TVs–which today make up the vast majority of models available–is for one year only and excludes a laundry list of items: plastic panels, plastic parts and the dust cover; cabinets; antennas and cables; external parts including levers, plugs, sockets, control knobs or adapters; and in-box accessories such as adapters. Plus, the remote control is only covered for six months. Also, read the fine print, and you’ll see that Samsung’s warranty is “not applicable to cases other than defects in material, design and workmanship.” Also not covered under its warranty are “maintenance, repair and replacement of parts due to normal wear and tear,” as well as accidents, “acts of God” and “voltage fluctuations.” In other words, just as the salesperson might claim, any damage that happens due to a power surge is not covered.

A retailer’s protection plan generally covers everything the manufacturer covers for a longer period of time (usually up to five years). In some cases, it also covers at least some of what the manufacturer will not cover even during the first year.

For instance, the manufacturer won’t fix your TV to correct any dead pixels, and the cost to fix that issue is immense because it typically means the whole panel must be replaced. Dead pixel coverage varies by manufacturer. On its website, LG says that, when it comes to pixel functionality, “LCD displays typically contain a small number of pixels that do not function normally. Your display has been inspected and is in compliance with manufacturer’s specifications, indicating that any pixel defects do not affect the operation or use of your applicable display. Without prejudice to generality of the foregoing, Dead Pixel [sic] not exceeding 7 dots is within factory specification and is not considered a defect under this warranty.” Translation: Tough luck if the TV you bought has seven or fewer dead pixels driving you up the wall.

Samsung’s dead pixel policy, however, is not nearly as clear, suggesting that dead pixels may be covered or not, depending on factors including how many of them there are and where they are located on the display.

Under its Geek Squad Protection Plan, Best Buy’s screen coverage “includes pixel damages”; so, if a customer who bought the plan experiences such a problem during the coverage period, Best Buy “would provide a new panel or a new TV,” the company said in response to my query.

Playing the Percentages
Even though some retailers’ TV protection plans offer more and better coverage than the manufacturer warranties, the important question is this: just how likely is it that a TV is going to have a problem after the retailer’s return period is up?

TV makers weren’t so quick to share that kind of information, and the TV industry analysts that I queried didn’t have such data available. However, Consumer Reports said in early 2017 that TV reliability didn’t seem to be much of an issue these days, especially with models from “major brands.” In its survey of about 100,000 subscribers, only about five percent indicated that they experienced problems with their TVs from those major brands “by the third year of ownership.”

Mark Sasicki, the TV buyer at Abt Electronics in Glenview, IL, estimated that “less than 1.5 percent” of the TVs sold at his company’s store in the Chicago area had some sort of manufacturer defect or other problem that the retailer became aware of. “Manufacturers have been consistently turning out quality products,” he said, but he added that Abt could be “a little unique, as we do not carry a lot of third-tier brands–we focus on Sony, Samsung, and LG.”

Nevertheless, Sasicki noted that Abt still sells TV protection plans, and he said that it makes sense for consumers to consider buying one “because of the high cost of repair and parts.” A new TV may cost only $800, but the panel for a three-year-old TV costs about $950 without an extended protection plan. And the larger the screen, the higher the cost.

While there are indeed “a certain amount of dead pixels that are acceptable” with a TV, he noted that the issue “does not come up often” with the TVs sold by Abt. He also pointed out that no warranty, be it for an electronic device or an appliance, covers lightning strikes, and that’s “why everyone recommends a surge protector.”

Once you get past that first month, issues like dead pixels and other AV problems tend not to happen on quality TVs from major TV makers, at least not until the TV’s life cycle starts reaching its end a few years down the line–well after the time covered by the typical retailer protection plan. If that weren’t the case, it wouldn’t be profitable for retailers to even sell those protection plans.

So, should you ever buy a protection plan from a retailer when you’re getting a high-end, well-reviewed TV model? Sure. If money is no object and/or you feel the plan is cheap enough that you can afford it. If you know you’re the sort of person who will sleep better at night knowing your TV is covered for three years, five years, or whatever is being offered. Or, if (like me) you use a TV more than most people and would be absolutely miserable if you could see even one dead pixel on the display.

You might also want to consider a protection plan if, for some reason, you won’t be using the TV very much during the initial return period. Maybe you’re buying the TV at an ultra-low sale price but are waiting to give it to someone as a gift. Or maybe you are waiting to put it in a room of yours that’s being remodeled. If that’s the case, you will largely be at the mercy of the manufacturer’s warranty if you don’t get the retail protection plan.

Not All Protection Plans Are Equal
On the cost front, not all retail protection plan pricing is equal. For example, if you were to buy a retail protection plan for the Samsung 65-inch UN65MU8000FXZA 4K TV from P.C. Richard & Son in late December, it would have cost you $199.99 for a two-year plan, $299.99 for a three-year plan, or $399.99 for a five-year plan. At the same time, Sears was charging $493.49 for its three-year plan and a whopping $745.49 for its five-year plan on the same TV model, with no option for a two-year plan.

Not all protection plans are equal, either. Although P.C. Richard’s plans for that Samsung TV were a lot cheaper than those sold by Sears, its plans were also labeled on its website as offering “extended warranty service protection”: pretty much the same coverage as Samsung’s manufacturer warranty, albeit for a longer period. The agreement “covers only defects in material & workmanship” and “does not cover TV viewing screens,” according to its site. The Sears plans, on the other hand, offered several features not available under the manufacturer’s warranty, including power surge protection, coverage for normal wear and tear, and even “annual preventive maintenance.”

Obviously, you may want to weigh the cost issue to decide if you should buy a retail protection plan for that sub-$500 4K TV you are eyeing from one of the less trustworthy TV makers. When buying a TV that cheap, you may decide that you’ll just buy a new one if something goes wrong with it after a year.

There are two other issues you may want to consider before buying that TV: First, if the model you want is available at Costco and you’re a member there, you’ll get an extra year of coverage at no extra cost. Second, if you have an American Express or other credit card that automatically doubles the one-year coverage offered by the manufacturer, you may want to use that card to get the TV and skip the retailer’s protection plan. If an extra year of coverage is all that it will take for you to be content with your purchase, you can save yourself an awful lot of money.

What are your thoughts on buying a retail protection plan for a big-screen TV? If you’ve never done it and won’t, how come? If you have bought such a plan, did you need to use it? Share your thoughts with us in the Comments section below.