Now may be the last time to buy a plasma television. So the question to ask is: should you? Is it worth getting a plasma now that may be old and out dated technology in the very near future? 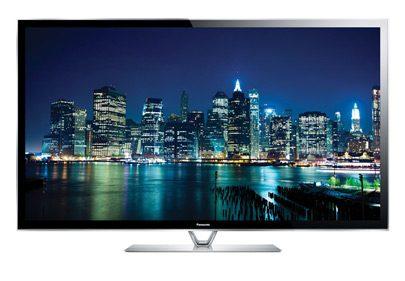 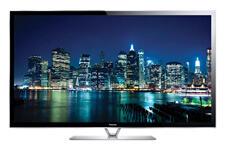 We heard the warnings many times before – that Panasonic was pulling out of the plasma HDTV market. The obituary for plasma was pretty much already written, then BAM! Panasonic came to the 2013 Consumer Electronics Show and showed off the ZT Series, a top-of-the-line, KURO-killing set that changed the game one more time. But now, it’s official. Panasonic will cease plasma panel production in December and end plasma sales by March 2014, leaving only Samsung and LG to keep making the flat TV that changed HDTV forever. Samsung introduced several new plasma series this past year, including the highly regarded F8500 Series, but LG’s plasma offerings are hardly worth mentioning at this point.

Additional Resources
• Read more original content like this in our Feature News Stories section.
• See more plasma HDTV news from HomeTheaterReview.com.
• Explore all many of TV technology in our HDTV Review seciton.

CES 2014 will give us a better idea of what the other TV manufacturers are going to do with plasma TVs in the near future, but it’s clear that the epic run for plasma will soon end. The question is, should you swoop in and buy one before it’s too late? Videophiles still pine for their Pioneer KURO sets from six or seven years ago (today’s Panasonics and Samsungs are actually better, but you can’t tell that to a KURO owner), and used models sold on eBay and Craigslist at premium prices for years after Pioneer made its dramatic exit from the HDTV market.

The Argument for Plasma
• You aren’t going to find a better black level for your money than you will with the plasma TVs that are still on store shelves now.
• Today’s plasma TVs resolve colors (especially red on the Panasonic ZT60) as well as, if not better than, any TV you can buy now.
• Today’s plasmas aren’t quite as slim as LED-based LCDs, but they come close.
• Most of today’s plasmas are loaded with nearly every value-added feature that you can get on an HDTV, ranging from SmartTV services to integrated cameras to voice/motion control.
• Issues like permanent burn-in are rare (but still possible) compared with when the technology first came to market.
• It’s better to buy a new TV than a used one with lots of hours on it, in the event that OLEDs and premium LED/LCDs are just too pricey in the years to come and/or can’t match the performance of today’s plasmas.
• Today’s plasmas perform better in a well-lit room compared with plasmas of the past.
• This last batch of plasma HDTVs aren’t power pigs like the Pioneer KUROs of the past.
• There is no Ultra HD standard yet for either broadcast or Blu-ray, thus 1080p is still considered “state of the art” for consumer video. Plasma TVs will do just as good a job (if not better) with 1080p sources as the current crop of Ultra HD sets that cost more.

Read on to page 2 for the Argument Against Plasma . . .

The Argument Against Plasma
• It was hard to get plasma technology up to a 1080p resolution. With Ultra HD packing four times the resolution, plasma wasn’t going to be able to keep up.
• Large-screen 1080p OLED TVs have arrived on the market, and Ultra HD OLED prototypes were on display at CES. Early reports on the 1080p sets is that they have better-than-plasma blacks. More reviews are needed (Samsung’s OLED TV is on its way to Adrienne as I write this), but OLED has major potential to be the next videophile technology.
• OLED HDTVs can be far brighter than today’s best plasma TVs, thus better in well-lit rooms.
• OLED televisions use less power than plasmas.
• Form factors that we’ve never dreamed of are possible with OLED and not with plasma.
• OLED TVs weigh less, thus cost less to ship to retailers and from retailers (for those buying online).

Is it time for you to buy your last plasma(s)? That’s a personal call based on the way you watch HDTV now and the needs of your AV system. Plasma TV’s run has been an epic one. We all likely remember the first time we saw one of those four-inch-thick, $15,000 plasma TVs rocking 45 dB of fan noise and pumping heat into the room, and we were blown away. Plasma’s legacy is that it changed the way the world watches television. It changed the form factor of consumer electronics. It gave birth to soundbars, on-wall speakers, and so much more. But plasma’s most meaningful accomplishment is its performance, and that’s where it won the hearts of reviewers, salesmen, and in-the-know enthusiast consumers. If you have a tinge to pop for a plasma before they are gone, I say do it. OLED has all of the promise that we could hope for, but Ultra HD isn’t ready for prime time just yet, and the cost to be the first on your block to own an OLED is pretty high. You’ll likely be buying an OLED at some point down the road, but for right now plasma is still king of the hill.

What factors make you want to buy a plasma today or wait for future technologies? Feel free to comment below.