A growing number of AV manufacturers are turning to crowdfunding as a way to get products made. Jerry Del Colliano discusses the pluses and minuses of this approach and poses the question: What AV products would you consider funding? 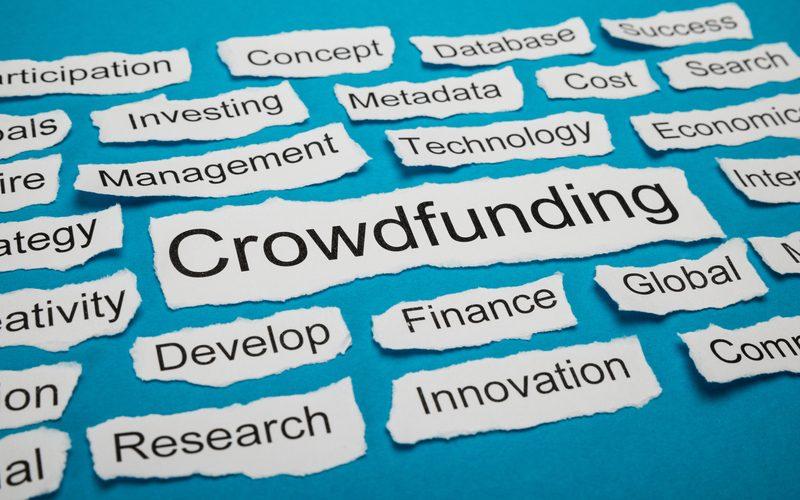 There was a news story published recently in the Detroit Free Press about Daniel Robertson, a hard-working American who was physically walking 21 miles per day to work because he no longer could afford his car. Robertson, who works in manufacturing, was willing to defy the bitter cold of Detroit's winter to make it to work, which was a story so inspirational that it was picked up in many national newspapers and on national news. One fan of the story started a Kickstarter campaign to benefit Robertson, which has quickly raised more than $200,000 in donations. That's enough for Robertson to buy a Mercedes S65 and a few prepaid fuel cards for gas.

Robertson's story is heartwarming, yet it also shows the democratic power of crowdfunding in today's economy. Social media has explosive potential, and the AV industry is using this new way of raising money to fund hundreds of new projects, ranging from apps to headphone amps and a whole lot more. The basic idea is that, before a company or person goes to investment bankers or venture capitalists, they go straight to the people who want the product and ask them to fund it one small donation/contribution at a time.

On the surface, crowdfunding sounds great. New products can get made that would have never been made otherwise. PR hype can be earned in ways that traditional products under development couldn't and wouldn't. PS Audio's 32-year-old Scott McGowan (son of founder Paul McGowan)

launched a Kickstarter program to develop an audiophile integrated amp targeted at Millennials. The campaign blew through its $45,000 fund-raising goal to yield over $300,000 in development money. The company got great ink about the project from day one, and the first run sold out--thus making the project an unqualified success. Today, the Sprout is sold to consumers at a fair price. The people who funded the integrated amp got first access to buying one (over 850 have been sold to date), and everyone ended up happy.

But not every crowdfunding story ends up like the last 15 minutes of a romantic comedy. Julie Jacobsen at CEPro.com covered the Ponzi-like antics of Soap, a multi-crowdfunded project designed to make a hardware- and then software-based home automation product. The two founders got off to a quick start and raised far more money than they needed at first; however, when reality kicked in, they went to another site and raised more funds. Soon thereafter, Soap got the rug pulled out from underneath itself via bankruptcy.

Crowdfunding is every bit as risky, if not more so, than CCC-rated "junk bonds." Yes, one can build The Mirage Hotel with junk bonds and change a city like Las Vegas forever. You also could win the lottery, get struck by lightning, or make a hole-in-one. For every successful crowdfunding project, there is a long list of ones that never got funded or never panned out. Crowdfunding is a very risky way to invest in anything. Often the sum donated is small enough that losing it isn't the end of the world for a true enthusiast of any topic or project. Then again, losing money is never fun. But then again, being part of a movement from day one can be even more fun. You get to vote with your economic ballot, with potential perks for supporting a project. The satirical Potato Salad Kickstarter project was started for just that purpose--to show the absurdity of crowdfunding, just as street artist Banksy makes fun of the modern art world. At this point and mostly through $1, $2, and $3 donations, this satirist has raised more than $55,000 to make potato salad. Nothing more, nothing less.

With the change in the landscape of specialty AV, the question begs to be asked: do you really need to pay to fund your next AV purchase? For example, if a high-end audio company can't afford to add AirPlay to its next AV preamp, should you help pay for the licensing fee? For $100, are you glad to help in any small way to get a key feature into your home theater's cornerstone component? With dealers dropping like flies in the U.S. and manufacturers looking for new ways to sell innovative products, would you reach into your pocket to pay for a possible development project that may or may not work out in the end? I asked managing editor Adrienne Maxwell this question: what if OPPO started a Kickstarter campaign to make the first Ultra HD Blu-ray player? Would you kick down the cost of, say, a Disney Blu-ray disc (about $40) to help fund the project? She said she might do that because she had faith that the company would get it right from the get-go. Would you do the same to help a company you trust develop a product you want? What if it were a start-up company instead, without the solid reputation of an OPPO? Would you still reach into your own pocket?

Crowdfunding has a lot to do with passion projects. If you feel really strongly that a product needs to be made or a band should make another album or an app needs to be developed for whatever purpose, you might just want to make a small statement on the matter. Who knows if it will work out or not, and perhaps who cares? You got to make your statement...and for only a small cost. If things do work out, you might get first access to buy the product, a discount on the product, a special thanks, or more. Unlike the guys up on Wall Street or Sand Hill in Silicon Valley, rarely (if ever) will you get interest on your investment. Basically, you are small banker for free. Clearly there are ways for crowdfunding to work out as a win-win for everyone involved, but the concept remains highly risky. Is it a risk you're willing to take in the AV realm, and should you have to?

Have you supported any crowdfunding projects in the AV business or outside? What products would you consider funding? Let us know in the Comments section below.

Additional Resources
•
Check out some of the technology-oriented crowdfunding campaigns at Indiegogo.com and Kickstarter.com.
• 6 Top Crowdfunding Websites: Which One Is Right for Your Project? at Forbes.com.