Should You Save Your AV Boxes?

Should You Save Your AV Boxes?

To save or not to save? That is the question posed by Jerry Del Colliano in this week's featured news story. Holding on to your original AV gear boxes does have its advantages, but are they really worth it in the long run? 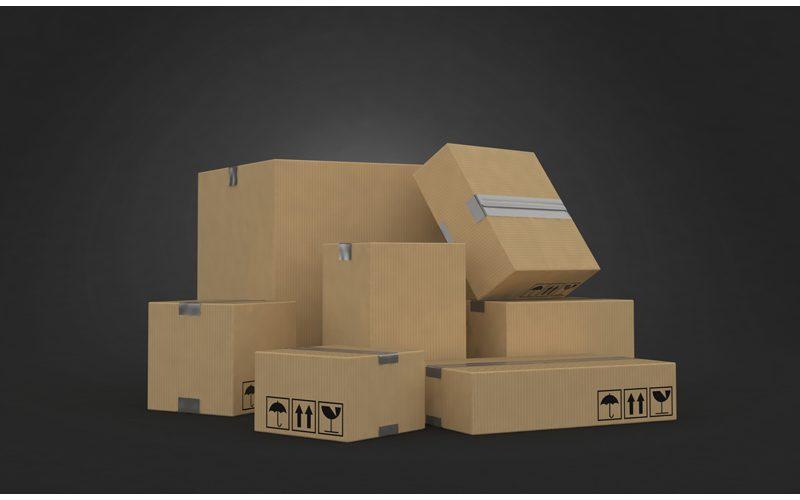 My family recently renovated a 1950s house near Los Angeles, and of course we did up the AV to state-of-the art standards. The renovation had its fair share of headaches (one involved a pretty serious lawsuit that ultimately was settled), but finally we got everything done. Soon I will have some professional photographs taken so that I can share the specific details of my system. The topic of today’s story, though, is this: what the hell are you supposed to do with all those AV boxes? It’s a question that isn’t easy to answer.

Let’s go back in the time machine to my last house, located at the very top of Mandeville Canyon in the West Los Angeles area. This was another 1950s “post and beam” house in which we added a two-story addition that included a screening room and new master suite. You’ve gotta understand just how far up the canyon this house was. From Sunset Boulevard, you had to drive up a twisty, narrow road wrought with dangers like falling rocks, careless cyclists, blind driveways, and the occasional stray deer. The temperature in the summer was often 20-plus degrees hotter at my house than at Sunset Boulevard, and there were all sorts of varmits to be found–from tarantulas to scorpions to mountain lions. The day we started with the addition, the contractor’s demolition crew was kind enough to go around to “the ugly side” of the house and fetch the crates for the Wilson Audio WATT Puppy v8 speakers and a WATCH center speaker. We were going to re-crate them (no small task, as they build the crates around the speakers at the factory) and store them until the screening room was finished. It wasn’t long before I heard some raucous screaming from the other side of the property. That was because a nearly five-foot-long, six-inch-around rattlesnake had taken up residence under one of the Wilson speaker crates. The guys suitably chopped the snake’s head off and watched it sliver around for a few, very awkward minutes … and then chopped off its tail for purposes that I can’t exactly explain (but they were pretty excited). The dead snake was deposited on the street (a hawk ate it in a matter of minutes), and we moved on–all of us wondering if it was really worth saving those Wilson crates?

I grew up in Philadelphia and in South Jersey. Everyone there had a basement. But here in Southern California, it seems like only the wealthiest people with the newest of homes have basements. To add a basement to our new home would have cost an additional $1,000,000 in raw construction costs. I wanted it badly, but I don’t have an extra $1,000,000 lying around–thus we have no basement. Worse yet, in order to get more living space in our closer-to-the-beach house (we are 1.25 miles from the sands that The Hoff and Pamela Anderson used to protect in Baywatch), we gutted our nasty garage and made it into true living space. We’ve got distributed 4K video and audio, Crestron lighting control and remotes, a 4K TV, subwoofers, comfy teak furniture, and more. It’s pretty slick out in our new “pool cabana,” but the downside is that we removed all of the house’s main storage area. We park our cars outside, and there is barely any room for storage of things like AV boxes–that’s the price we paid to get another 420 square feet of living space.

My solution was to rent a storage unit in Santa Monica. It’s pretty small (10×10 perhaps), and it filled up fast with just the boxes for my Classé electronics and Focal speakers. Other boxes met the dumpster. The super-pricey 4K Crestron video switcher box? Gone. The box for Crestron’s “SWAMP” amp for distributed audio? Gone. Multiple Kalidescape movie server boxes? Also gone. Of course the TV boxes had to go. The 85-inch Samsung TV box was huge.

What is the value of storing your boxes? Our storage unit is about $160 per month in Southern California prices. Ben Shyman, our reviewer in Manhattan, pays a little more for a slightly smaller storage unit. Without said unit, he could never make an AV hobby work in his 1,150-square-foot co-op on the upper east side. Back in the suburbs of Philly, I could easily store boxes in my Mom’s basement at close to no cost. Geography has a lot to do with the ease and sense in keeping AV boxes.

When trying to sell a product on Ebay or Audiogon, it’s very nice to be able to say that you have the remote, manual, and original box. One could make an argument that keeping the box adds to the long-term resale value. My question is: just how much does it add? It might be worth it to just ditch the box and get a generic one later. AV products that have a traditional form factor (think: rectangular) can be professionally packed pretty easily. If you are going to sell your audiophile preamp, I highly recommend that you pay a professional to box and pack it. Yes, they go over-the-top with the packing and charge you a premium; however, if FedEx or UPS destroys the box before it arrives at its new home, you have someone else to blame.

Also, spend the extra money on insurance so that you can reasonably replace anything that gets destroyed. Case in point: post-snake incident, I chose to ditch the boxes for my next set of speakers–the Paradigm Reference S8 floorstanding speakers and matching center speaker with stand. When we sold the house in Mandeville Canyon, I also sold the speakers, since we didn’t yet have another house to move into. I was headed to an temporary apartment and thus to the world of soundbars. I ordered flat-packed boxes and packing from Paradigm. It wasn’t cheap, but I had Shelly’s (the local big Paradigm dealer) come over and professionally pack the speakers in fresh boxes. Shelly’s did a fantastic job, and the freight company picked them up and took them away. All’s well that ends well, right? Well, one speaker arrived at the buyer’s home with literally NO BOX on it whatsoever. The other fspeaker showed up unannounced at my office on Wilshire Boulevard with half a box around it. The speakers were literally destroyed. On so many fronts, I was lucky. First of all, the guy who bought the speakers was understanding. It took eight weeks to convince FedEx that they destroyed the speakers. Second, I insured them for enough money to get another pair. Third, Paradigm was willing to sell me another pair, since they had never seen a pair of their best speakers take such a beating–especially in fresh boxes. In the end, everyone made out okay on the deal, including the buyer who got a brand new pair of S8s.

In a perfect world, we’d all keep our AV boxes, and they would stay dry and critter-free. But we don’t live in a perfect world, do we? Expensive AV gear can be safely shipped, but it needs to be professionally packed and well insured.

Do you have any AV packing/shipping stories that you want to share? Where do you store your AV boxes, or do you just toss/recycle them? Comment below, as we’d love to hear from you!