There is a whole movement growing to protest the phenomenon of cereal boxes and bags of potato chips that cost more than their recent forebears, while containing less actual food. Sirius-XM seems to be following the same trend as the snack packagers. 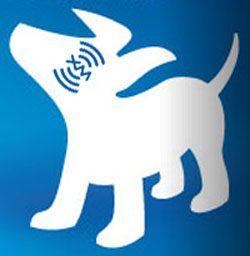 Consumer electronics industry's trade publication TWICE is reporting that they have confirmed that Sirius-XM will be raising rates for their best subscribers - the ones with multiple accounts - from $6.99 per month to $8.99 per month. The company will also start charging $2.99 for consumers to download their audio content from the Internet. That service was previously free.

Sirius was allowed to merge with XM in 2008 after much deliberation by the SEC and FCC. Upon being allowed to merge, jobs have been slashed and programming has been destroyed, as less-popular XM stations have replaced much better programmed Sirius stations. The result: core Sirius subscribers are up in arms.

Sirius stock has been decimated from a 52 week high of $3.89 to a mere eleven cents ($0.11) today. Sirius also reportedly has two major debt payments to make in 2009 which is casting a cloud over their future.

In just a few short months, the merger of XM and Sirius has created a satellite radio monopoly that has resulted in a loss of American jobs, the pure destruction of the better audio content and higher prices for consumers. How anybody has won from this corporate shell game is hard to tell, but with Apple selling iPods, iPhones and other devices like Apple TV - it's easy to predict that satellite radio's future is looking more and more doomed. Moreover, the company has now basically dismissed the Generation Y audience who simply doesn't pay for content, thus dismissing the largest demographic in United States history from their media, just as traditional media has done. Sirius-XM's CEO, Mel Karmazin was the former leader of Infinity Radio (Viacom), a terrestrial radio company known best for syndicating Howard Stern who is one of the few bright spots on Sirius-XM today.