We know you love your Pioneer KURO, but Jerry Del Colliano has six reasons why it's time for an upgrade to a new HDTV. 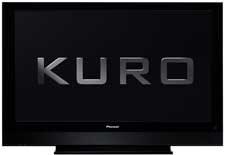 The term plasma TV reached a level of mainstream understanding to describe all flat TVs just as Xerox did for copiers and Kleenex did for tissues. Ask a grandma at the Mall of the Americas, and she will likely know what a plasma TV is--even if said TV isn't technically a plasma. And make no mistake, plasma TVs were the smart choice from the early days of flat TVs until the last great plasma TVs made by Samsung and Panasonic just a few years ago. Reviewers and home theater enthusiasts alike preferred plasma's "inky" blacks and rich color. They were so good, I still own a few of them, but now I am saying that it's time to sell, sell, sell...especially those of you who are still hanging on to a Pioneer KURO set.

I can sense the fanboy blood boiling already. Pioneer KURO plasma HDTVs were long the reviewer's choice and reference standard by which other TVs were judged. They looked really good even when they weren't fully calibrated. They were the darling of the HDTV market, and now somebody is telling you to sell? Yes I am, and here's why...

One reason why plasma finally met its demise is the difficulty involved in transitioning the technology to an Ultra HD resolution. Plasma was slower than LCD to move from 720p to 1080p, and Ultra HD would've been harder still. Ultra HD is the future of video, and content is starting to arrive in earnest via streaming and, soon, Ultra HD Blu-ray. Stick with your plasma, and you are missing out on 400 percent more resolution, HDR capability, and better color--features that appear on this year's new Ultra HD TVs and will be part of the recently finalized Ultra HD Blu-ray specification. You were on the cutting edge when you invested in that KURO to get the best of the best at that time; don't you want to be there again now?

Smart TVs are all the rage, and the newest models are the smartest yet, making it even easier to link your TV with your mobile devices and networked content libraries. Plus, IP control is really the future of home automation. The KURO may have been far ahead of its time in terms of picture quality, but it's now far behind the times in its features.

Reason Three: It's Time to Fat-Shame Your Television

I need somebody to fat-shame me, as I have a good 30 pounds of lard on my fine ass that I'd like to get rid of. Before I get put on the obesity hibachi in the Comments section below, allow me to fat-shame your KURO. Today's flat HDTVs are much, much thinner and lighter than the form factor that we all got with our early plasmas. Old KUROs are thick and clunky, but here's an even better reason to upgrade sooner rather than later: Nobody (other than the TV manufacturers) wants a curved Ultra HD TV, but you might get stuck with one if you wait too long. Adrienne Maxwell recently wrote about this topic, as many of the large-format UHD sets are curved these days. I am sure glad I picked up one of the last flat 85-inch UHD Samsung sets, even if it has been quarantined in my buddy's garage for 120 days.

Experts say that the KURO's main advantage over more modern plasma designs like Panasonic's ST and ZT Series was that the KURO sets had better power supplies because they didn't have to meet such tough EnergyStar requirements. Ask any audiophile, and they will tell you that a beefy power supply is better than a wimpy one. But it also means less energy savings and more expense. The newest TVs are much more energy-efficient and better for the environment.

After years of faithful service, one of my early Panasonic Plasma TVs in my old home broke. When we redesigned the house, we had built the TV into the wall, which looked pretty cool at the time; so, I had the local repair company come out to fix the one that went south on me. It took a month to repair and cost me more than $750. Ultimately, I replaced the set with a much larger, much thinner Samsung LED; and, while I didn't like the edge lighting that was all the rage back then, I would have been better spending my repair money on the new TV versus fixing the old one. I did get $600 for the plasma when I sold it, however--still not a great deal, but at least it was something. If your KURO hasn't broken down already, a repair is probably in your near future. It makes more sense to put that money into a new model.

Reason Six: Your KURO Is Still Worth Something on the Used Market

Video never holds its value...unless you bought a KURO plasma. If you spent roughly $4,500 on a set eight years ago, does the set really owe you anything further? Not really--but pop the sucker on Craigslist, and don't be shocked to see that you can get a four-figure return from someone who still loves KURO. Consider your KURO investment a very wise one, but even the best-performing stocks in your portfolio sometimes need to be sold.

There is no reason to be bitter about owning a plasma for the better part of a decade. I've loved mine and feel like I've done well with them over the years in both performance and value. However, the investment has reached its peak, and it might be time to move on. I know saying goodbye can be hard, and perhaps it will be a longer goodbye--but the longer you wait, the less that KURO is going to be worth on the used market...and that's the best reason to consider an upgrade right now.

It's Time To Get Over Pioneer's KURO HDTV