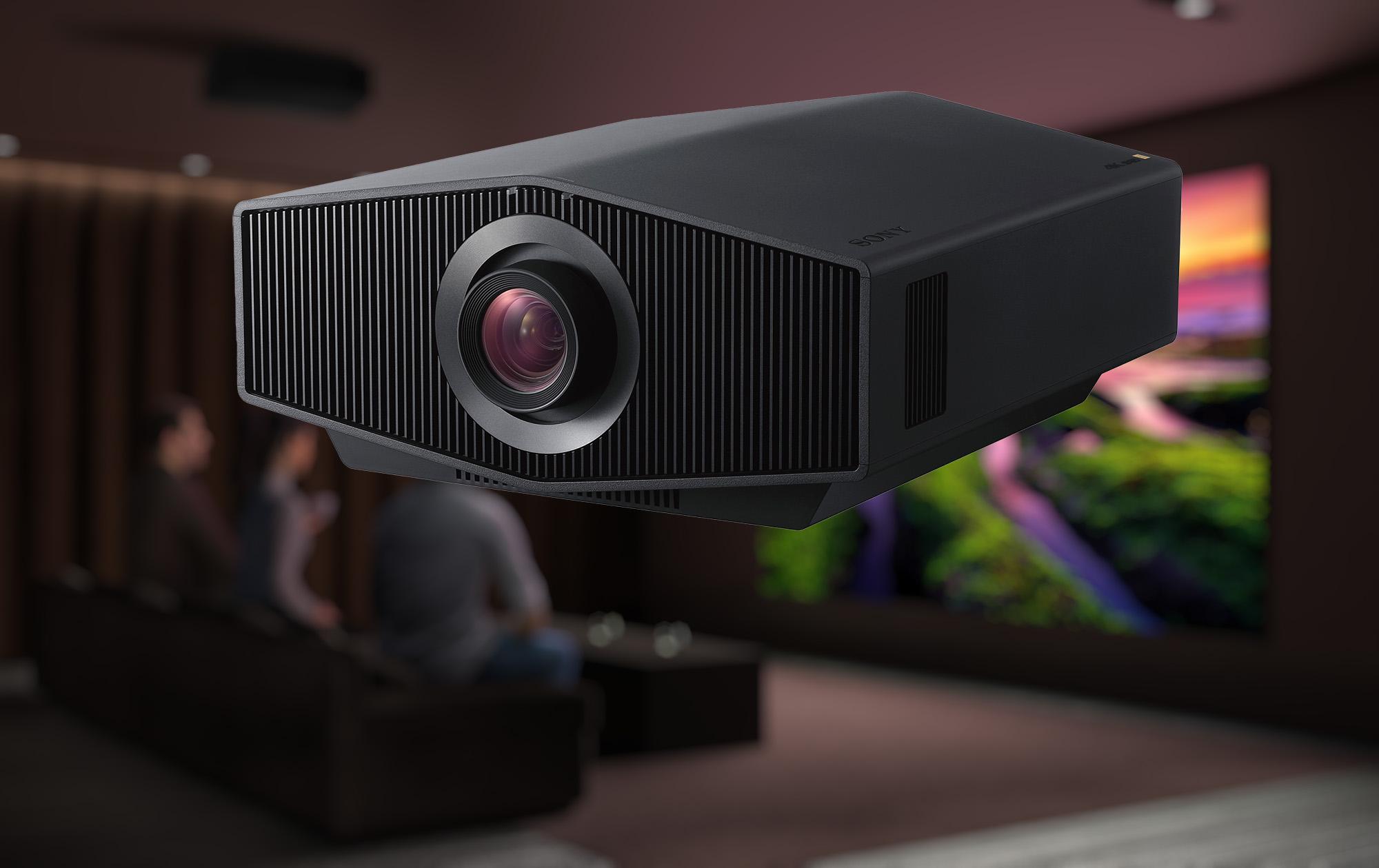 Projector News, AV News, News
Published On: April 26, 2022
We May Earn From Purchases Via Links 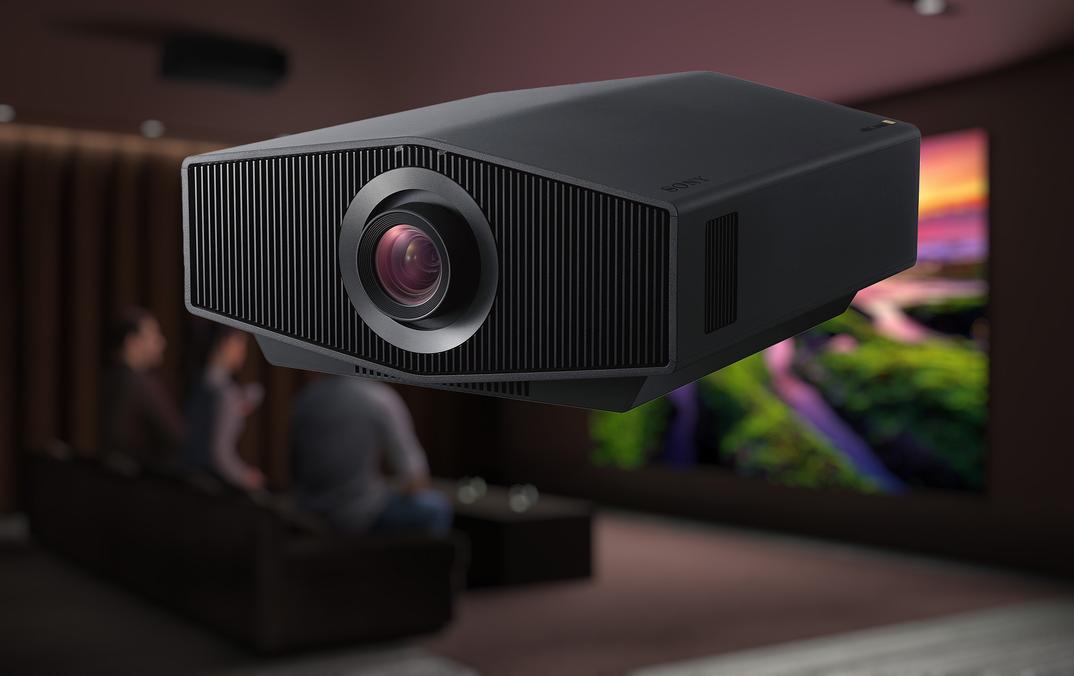 So long V, hello X. Three new home cinema projectors from Sony represent a significant update to the company's well-regarded line of native 4K long-throw offerings and the company moves to an all-laser lineup. These are not mere refreshes of existing models, they are all-new projectors, with new lenses and panels and light sources and even a new chassis design.

With this announcement, Sony’s home theater projector lineup is now 100% laser, there are no more bulbs in the equation. The new models all offer fundamental performance upgrades over what they replace. For example, all three projectors get the X1 Ultimate for Projector processor, the models they replace all had “regular” X1 for projector processors.

You are probably wondering what benefit the Ultimate iteration of the X1 offers. One major benefit is it can analyze different objects it recognizes within a scene and applies processing optimized for that object—instead of simply analyzing the whole scene and applying just one type of processing. Object-based HDR Remaster is one example and object-based Super Resolution is another.

Object-based picture processing technology improves quality by analyzing the individual objects on screen. This results in more realistic pictures with greater depth and texture. This allows for more nuance in how the projector treats video content.

There are even more advantages to the upgraded X1 Ultimate for projector processor, including the digital focus optimizer function that compensates for blurriness that may occur towards the corner of images, dual database processing that can recognize the difference between film grain and noise, preserving the former while treating the latter.

These projectors use new 0.61" SXRD panels with 3840 x 2160 native resolution, which in turn resulted in the development of new, optimized lenses. Thanks to the laser light source, all three models offer laser dimming, and the XW6000ES plus XW7000ES offer combined laser and iris dimming.

According to Sony, the use of white dynamic range optics allows these new projectors to achieve 95% of the DCI-P3 color space, which is the cinematic standard used for the vast majority of HDR mastering.

Gamers looking for higher frame rates and a lower input lag out of this particular line of projectors will have to settle for HD resolution, where the 120 Hz frame rate comes with a notably low 16ms of lag. But ultimately Sony designed and markets this projector for home theater applications, not for gaming.

Brighter and Longer Lasting. Smaller, Too.

In the case of the XW5000ES, light output increases to 2000 lm, up from 1500 with the  VW325. That’s 33% more lumens and a laser light source instead of a bulb. Granted, the new model switches to a manual lens, but Sony points out that the VW325ES did not feature lens memory, so the motorized lens was only used once so the cost and space savings were chosen in that instance.

But then consider how the XW5000ES also supersedes the VW715ES in the specific sense that it has higher lumen output and a laser light source, although granted the VW715ES offers a motorized lens with lens memory. For $6K instead of $10K, you get an overall better projector where the main thing you're giving up is that motorized lens.

With the XW6000ES, Sony offers 2500 laser-lit lumens and the advantage of adding a physical dynamic iris to the equation, which gives this projector the ability to reproduce extremely high contrast imagery.

This model (and the XW7000ES) gains a new ACF (Advanced Crisp Focus) lens that Sony touts as offering exceptional clarity through the use of a 70 mm aspherical front lens element, a floating focus system, and extra-low dispersion glass. This dramatically lowers the price point of buying a projector with an upgraded high-quality lens.

Sony's XW7000ES performs a rather nifty trick. It serves as a direct replacement for both the VW915ES and VW1025ES projectors, improving upon the performance of both models while providing that capability at a price point considerably lower than that of the VW1025ES. Then again, the XW6000ES is also an improvement on the VW915ES for a lot less money, so you can see how with these performance improvements, Sony gets away with replacing four prior-generation projectors with three new ones.

It's worth noting that the tiny reduction in SXRD panel size has a cascading effect throughout the design of each projector, resulting in reductions in overall size and weight versus older models with similar capability. As an example, the XW5000ES is 30% smaller and 35% lighter than a VW915ES, despite offering the same lumen output and both using a laser light source.

The XW6000ES is 20% smaller and 30% lighter than the VW915ES, despite outperforming it in brightness, having a superior lens, and costing almost half. Sony's price realignment is something to behold!

With high brightness, you can use a projector during the daytime in conjunction with an ambient light rejecting screen, for example, to watch sports.

These are highly sophisticated projectors with a lot of features, and a lot going on behind the scenes to ensure that the cinematic presentation is true to the creative intent. If your passion is movies and home theater, this is an exciting time because it's not every day that Sony introduces three all-new projectors that represent such a significant improvement in terms of price-performance ratio and therefore overall value. We anticipate obtaining at least one if not two of these new projectors to review.

A key feature of this projector is its high brightness, which allows for clear and vibrant images even on larger screens. With up to 2,000 lumens, the projector uses a long-lasting 20,000-hour laser light source to provide reliable performance.

The longevity of a 20,000-hour laser light source generates up to 2,500 lumens of brightness, allowing for beautiful visuals to be shown on even large home theater screens.

Immerse yourself in the action like never before with the VPLXW7000ES. A flagship-class projector, this model projector is 60% brighter than the VPL-VW915ES, and it has Sony's new Native 4K SXRD™ (Silicon X-tal Reflective Display) panel combined with Wide Dynamic Range Optics. According to Sony on-screen brightness is 200 nits using a 150-inch screen.