The Sony HT-ST7 from Sony joins the already crowded sound bar market. How does it fare? It's worth a listen, according to Adrienne Maxwell. 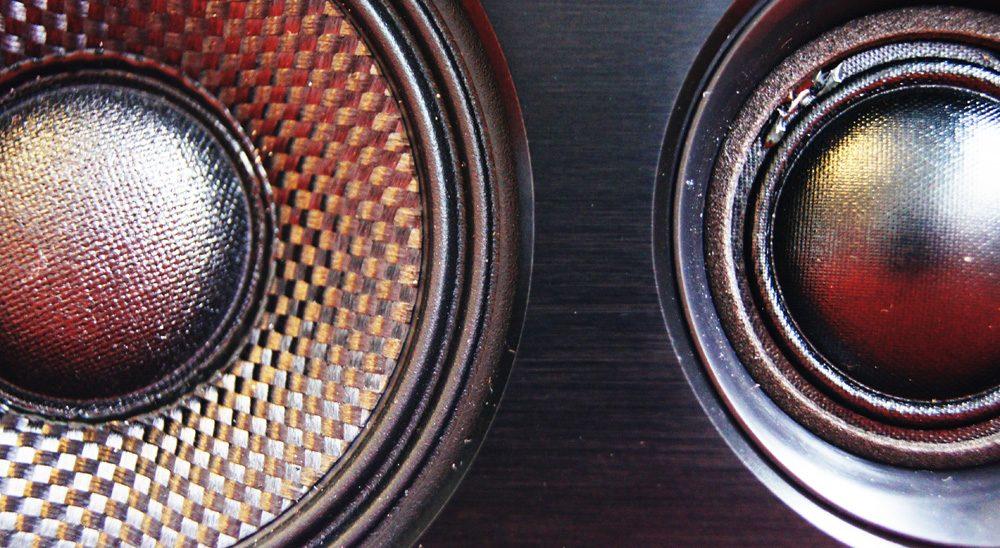 The soundbar category is certainly not lacking in diversity. From passive soundbars to replace your traditional L/C/R speakers to basic 2.1-channel active models that serve as a step up from your TV speakers to more advanced multi-channel models that use complex digital signal processing and acoustic principles to simulate a surround experience, the number of options can be overwhelming. Sitting at the very top of the active soundbar category are those models, fewer in number, that are truly intended to replace both a multi-channel speaker system and a multi-channel AV receiver. Instead of offering just a couple of analog and digital audio connections, these soundbars better replicate modern AV receivers by adding HDMI inputs and outputs, as well as some noteworthy features that go along with them - namely, high-resolution audio decoding, Audio Return Channel, and 3D pass-through. Because they're designed to accommodate a more robust and advanced array of source devices, these models generally don't come cheap. Sony's HT-ST7 is an example of this type of soundbar, and its asking price is $1,299.99.

The HT-ST7's nine-driver array and the included wireless subwoofer allow for playback of soundtracks up to 7.1 channels, and the bar's three HDMI inputs will accept and decode Dolby TrueHD and DTS-HD Master Audio soundtracks. The soundbar has excellent build quality, with a sturdy, dual-ported cabinet design that feels quite solid and has an attractive brushed-aluminum finish and angled edges that distinguish it from some of the basic black-box soundbars. The HT-ST7 isn't as petite as many of today's soundbars, measuring about five inches deep (with the detachable metal grille in place) and a little over four inches high. If you plan to wall-mount the bar, keyhole inserts are located on the back panel for just such a purpose. If you intend to put the soundbar on a rack in front of the TV and potentially block your TV's IR sensor, Sony has built in an IR repeater function, with a supplied IR emitter, to pass your TV commands through the bar to control the TV positioned behind it. The soundbar comes with a slender, simple, non-backlit IR remote that contains all of the buttons you'd need; core buttons like input, mute, volume, and sound mode are triangular in shape and arranged in an interesting and intuitive manner at the top, with other advanced options hidden behind a slide-down panel.

The HT-ST7's total power rating is 450 watts - 50 for each of the bar's seven channels and 100 for the subwoofer. The nine-driver array consists of a pair of two-way speakers at the bar's outer edges that handle the L/R channels and employ a 20mm dome tweeter and 65mm cone midwoofer. Five full-range 65mm cone drivers run across the middle of the bar, with the centermost driver handling center-channel duties and the other four primarily handling surround information - although the digital signal processing that's used to enhance and expand the soundstage and create a sense of surround envelopment makes the division of labor amongst the drivers a little more complicated than that. Sony does not list what the crossover point is between the soundbar and subwoofer, but to my ears it's definitely higher than the commonly recommended 80Hz point, which we'll discuss further in a moment.

In addition to the three HDMI inputs I mentioned earlier, the HT-ST7's connection panel features one stereo analog, one coaxial digital, and two optical digital inputs, plus built-in Bluetooth to support wireless audio streaming from Bluetooth-equipped smartphones, tablets, and laptops. All in all, the HT-ST7 supports the connection of up to eight audio sources, a far higher number than you'll find on many entry- and even mid-level soundbars. One HDMI output passes video and audio on to your TV.

The HT-ST7 also offers a lot of sound customization options, starting with four sound modes: Movie, Music, Standard, and Football (which produces "sound effects for enjoying the feeling of being present in a football stadium"). A handy function called Voice specifically deals with dialogue level and clarity, with three levels of adjustment from which to choose. Subwoofer volume and tone controls are also available, as are things like dynamic range compression, sound optimization, volume leveling, AV sync, and more. Again, this is more customization than you'll find in a lot of lower-priced soundbars, and I found I needed to experiment with a lot of them in order to dial in the best performance.

Click on to page 2 for the Performance, High Points and Low Points, Comparison and Competition and Conclusion . . . I auditioned the HT-ST7 in two different settings - in my large, wide-open living room and also in a more enclosed theater room. In both cases, I fed content from a Dish Network DVR and Oppo Blu-ray player connected via HDMI. As I settled in with some of my favorite movie demo scenes from The Matrix (Dolby Digital), Iron Man (Dolby TrueHD), Immortal Beloved (Dolby TrueHD), and 3:10 to Yuma (Uncompressed PCM), the first things to jump out at me regarding the HT-ST7's performance were its dynamic ability and its effective surround presentation in the Movie mode. This soundbar had no trouble filling the room with a big, robust sound that belies the bar's form factor. During the final gunfight in 3:10 to Yuma, the stage was big and broad, the gunshots were quick and clean, and the subwoofer delivered the deep, slow thumps of the arriving train with the necessary oomph and impact to effectively heighten the tension. In the Ode to Joy sequence from Immortal Beloved, the female vocal narration was rich and clean without sounding overly harsh or dry, and the soundbar did a very good job bringing to life all the diverse elements of Beethoven's Ninth with clarity and gusto.

In The Matrix's rooftop rescue scene, where Neo has to dodge the Agent's bullets as they whiz by him (and us), I was impressed with how convincingly the HT-ST7 reproduced the surround presentation. No, it wasn't as precise as you'll get with dedicated surrounds, but it did sound as if the bullets moved far and wide to the sides of the room. The same was true of the gunfire in Chapter 15 of Iron Man, as the jets try to shoot Iron Man out of the sky.

At first, the midrange-heavy music track of The Matrix's lobby shooting spree was somewhat buried by all the high-frequency effects, but a couple clicks of the subwoofer volume effectively fleshed things out to produce a more balanced presentation. Of course, when your subwoofer is helping to flesh out the midrange, you know that the crossover point is somewhat high, and the danger is that you can hear lower-midrange information in the sub. This is a common concern with many soundbar/sub combos, and I could definitely hear vocals - particularly male vocals - coming through the HT-ST7 subwoofer. Even though the sub's wireless capability allows you to put it anywhere in the room, it's a good idea to keep it near the front of the room to anchor vocals to the front.

My primary performance concern was that male vocals weren't always as clear and clean as I'd like, sometimes having a diffuse quality that caused them to lose impact and get buried in the mix. The Voice control proved to be very effective in raising the level and clarity of vocals when needed, but not always in an organic, natural-sounding way. When switching from one dialogue-heavy TV show to another, I often found myself tweaking the Voice level with each show to find the best, most natural-sounding blend.

I also auditioned some music, via CD and streaming over Bluetooth. Again, the HT-ST7 was able to create a respectably large soundstage, given the proximity of all its drivers, and I liked the way the Music mode handled the presentation, not resorting to a lot of unnatural gimmicks to spread out the sound. Highs were clean without being harsh, and the subwoofer, when set to Tone 1, served up a healthy amount of controlled bass that was well-suited to music (Tones 2 and 3 were much boomier). The midrange was expectedly a bit lean, but all in all, I thought the HT-ST7 did a better job with music than many of the active soundbars I've heard.

HDMI pass-through is growing more common even amongst lower-priced 2.1-channel soundbars, but the combination of HDMI pass-through, multi-channel playback, and high-resolution audio decoding is harder to find and, as I said, relegated primarily to more expensive soundbars. Definitive Technology's SoloCinema XTR has similar specs and carries an even higher price tag of about $2,000, and it earned a favorable review from us last year. The similar SoloCinema Studio carries an MSRP of $1,200. Several of Yamaha's higher-end Digital Sound Projectors have similar specs, from the higher-priced YSP-4300 ($1,900) to the lower-priced YSP-2200 ($1,000). The B&W Panorama 2 ($2,200) also comes to mind, although it lacks the separate subwoofer.

For similar money, you could also assemble a nice system based around a passive L/C/R soundbar like the $999 GoldenEar SuperCinema 3D Array, Definitive Mythos, or Artison Studio Series and a budget receiver and sub. At this price, you could also put together an awfully good sub/sat system and budget receiver. Of course, neither of these approaches gives you the all-in-one form factor of the HT-ST7.

As the saying goes, money changes everything ... even your perspective on product performance. If the HT-ST7 were priced around the $700 to $800, it would be an unqualified success in my book, but that extra $500 to $600 carries with it increased expectation and increased competition, both inside and outside the soundbar category. The HT-ST7 does a lot of things quite well, but I found myself wishing that it did a couple of things - particularly male dialogue and lower midrange performance - a bit better for the cost. If you plan to primarily watch dialogue-heavy TV sources through your soundbar, you can find lower-priced options that are up to the task. I do think the HT-ST7's performance is a step above that of many active soundbars when it comes to music and the multi-channel movie experience so, if your heart is set on getting an all-in-one solution, it's certainly worth a listen.

Check out our gallery of soundbar choices below . . .