You may already know what the PlayStation 3 brings to the gamer's table, but do you know what it brings to the home theater table? How about great Blu-ray and DVD performance, fast load times, and--most importantly--a level of upgradeability not found in many standalone Blu-ray players. 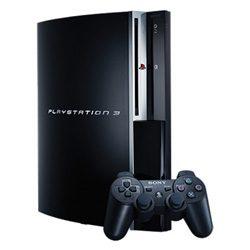 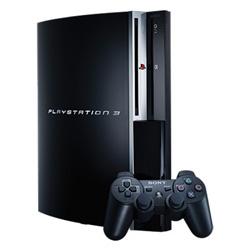 Sony’s PlayStation 3 (PS3) has been covered in the press ad nauseum, and we’re guilty, too. But no Blu-ray player guide would be complete without this iconic product, which is widely considered to be one of the best Blu-ray players on the market, despite its low price, when compared to even the newest standalone, non-game-console players on store shelves today.

As a Blu-ray player, the performance of Sony’s PlayStation 3 is simply outstanding. The player upconverts standard-def DVDs with much better than expected results visually, providing sharper, better-defined images than do most of the standalone, upscaling DVD players for sale at Wal-Mart or Costco. But, of course, Blu-ray discs and high-def games are where the PS3 really shines.  Blu-ray movies are vivid and especially crisp, with skin tones looking natural in ways you might expect from a more expensive player.  Blacks look deep and have excellent shadow detail, even when putting the PS3 up against the better $2,000 Blu-ray-only components out there.

What is truly great about the PS3 as a Blu-ray player is that it has been somewhat future-proof so far. With Sony putting out firmware upgrades periodically, they are constantly making improvements to the player that are downloadable and serve as instant upgrades to your player. For example, one quibble with the player was that it didn’t decode DTS-HD Master Audio, but as of June 2008, firmware upgrade version 2.30-2.36 fixed that problem. Now the player decodes Dolby TrueHD and DTS-HD Master Audio, giving users the latest surround sound formats. That same upgrade also added BD Live (Profile 2.0) support, meaning users can connect to the Internet for additional downloaded content for any BD Live-enabled disc, participate in live events and gaming activities, interact with peers and more. No player in the market has been able to go from opening day to today’s latest technology without being left behind other than Sony’s PlayStation 3, and that is one hell of a compliment.

Read about the high points and low points of the PlayStation 3 on Page 2.

High Points
• The PS3 has excellent picture quality, comparable to and sometimes better than that of standalone players.
•
Sony’s PS3 is an unbelievable bargain, considering you get a gaming
console, media hub and Blu-ray player all in one box for less than $400.
•
The unit is proving to be somewhat future-proof, thanks to an Ethernet
port and insightful firmware upgrades from a motivated Sony, which
wants to develop trust and loyalty from gamers and home theater
enthusiasts alike.

Low Points
• The included remote is cumbersome and it is sometimes hard to find the appropriate buttons, especially for the non-gamer.
•
While the audio performance is pretty strong, the PS3 doesn’t have the
cult following that the PS2 has developed among audiophiles. It is
altogether possible that the reason why the audiophiles like the PS2 is
because it isn’t the newest thing (they always like the old stuff,
whether it is CDs, LPs or even 78s).

Conclusion
With a
recent retail price drop and significant firmware upgrades to make the
PS3 even more accessible and flexible, the player is a true bargain,
offering a lot for the money. You get a gaming console, a Blu-ray
player and more. You can’t go wrong with the PS3. The picture quality
is superb, comparable with some of the best standalone players on the
market. If you want to get into Blu-ray without worrying about price or
future technological upgrades, Sony’s PlayStation 3 is a very good way
to get into the game.

You'll automatically be entered in the HTR Sweepstakes, and get the hottest audio deals directly in your inbox.
0 0 votes
Article Rating
Subscribe
Connect withD
Login
Connect withD
0 Comments
Inline Feedbacks
View all comments
Author
Home Theater Review.com
HomeTheaterReview Product Rating
Value:
Performance:
Overall Rating:
When you buy through links on our site, we may earn an affiliate commission. Your support is greatly appreciated!
This is the static ad content. This is just a placeholder for now to get things styled.
Visit Website