Sony's short-throw SXRD projector, which the company showed off at CES 2014, left a lot of people wondering when they could buy such tech. Well, wonder no longer, as Sony just set summer 2014 as the release window. Projecting a... 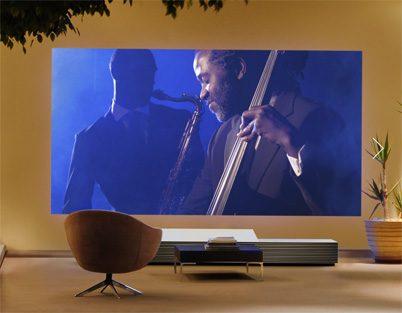 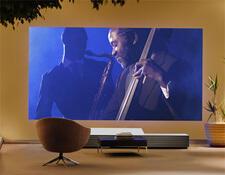 Sony’s short-throw SXRD projector, which the company showed off at CES 2014, left a lot of people wondering when they could buy such tech. Well, wonder no longer, as Sony just set summer 2014 as the release window. Projecting a 147-inch image while barely set apart from the screen, the pricey ($30,000+) projector is not aimed at the everyday TV watcher, but more the hardcore home theater enthusiast.

Sony president and CEO Kazuo Hirai in early 2014 unveiled the Life Space UX project, featuring the company’s latest 4K ultra short throw projector, which adopts Sony’s SXRD LCoS technology to allow projection of up to 147-inch 4K-resolution images in a very short distance. The projector will become available in the US in summer 2014, priced at around US$30,000-40,000.

Meanwhile, Sony also announced to spin off its TV business into a subsidiary by July. In the future, the subsidiary will mainly target Ultra HD display products and is aiming to turn profits by March 2015.

Digitimes Research believes Ultra HD products will become a major profit contributor of Sony in the future because of their high gross margins. Sony has the technologies and manufacturing abilities to produce LCoS and HTPS projectors and components.

Because of LCoS’ advantages in high-definition projection and the fact that it is the only display component that is fully controlled by Sony in terms of technology and production, Digitimes Research expects the SXRD to become the key development focus of Sony’s Life Space UX project in the future.