After three years, the successor to Sony's VPL-VW885ES is finally here. Sony announced their new VPL-VW915ES today and was kind enough to send one to us for our first impressions. The most exciting news I can share is that Sony... 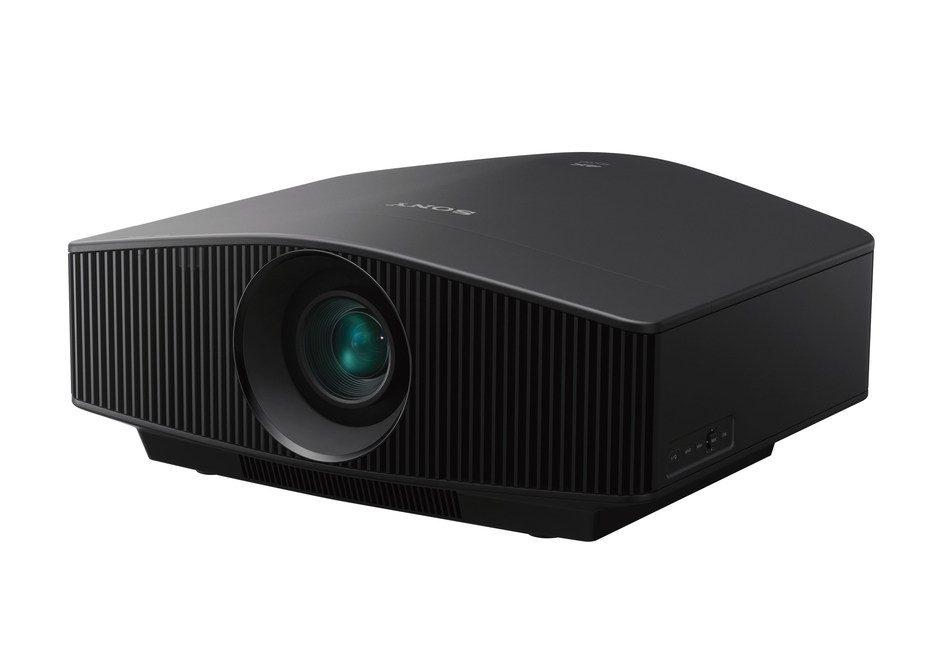 After three years, the successor to Sony’s VPL-VW885ES is finally here. Sony announced their new VPL-VW915ES today and was kind enough to send one to us for our first impressions.

The most exciting news I can share is that Sony has dropped the price from the previous model by five grand, bringing the MSRP down to $19,999. So, if your budget had you on the fence about whether or not to buy the 885ES, your hesitance has served you well. You can now get a nearly identical projector for significantly less money.

As its asking price implies, the 915ES is meant to be installed in a premium home theater and offers owners several high-end niceties. Most of the specifications are identical to the 885ES, which includes native 4K resolution, a long-lasting laser light source providing up to 2,000 lumens of output, and high native and dynamic contrast ratios. The projector also supports HDR10 and REC2020, has a fully motorized lens, and features advanced video processing capabilities, among other things.

The 915ES also has Sony’s Digital Focus Optimizer for improved image sharpness, a feature the 885ES received via firmware update last year. But the 915ES adds Dual Contrast Control for improved contrast performance and unlike the 885ES, I’m told the new model boasts an updated “X1 for projector” video processor.

Sony was still finalizing some of the 915ES’s specifications and marketing materials at the time of this writing, so I’m unable to detail all of the improvements this new processor brings. One key item that was mentioned regarding this new processor, though, is that it allows the 915ES to dynamically tonemap (DTM) HDR10 video content. Those of you familiar with my reviews will know by now how important I think DTM is for projectors. It has the ability to completely transform how HDR10 video content looks through relatively low-light output displays like the 915ES. At this projector’s premium price point, I fully expected Sony to add this functionality to at least match the DTM solution JVC added to its native 4K projectors last year. Sony has dubbed this new feature “Dynamic HDR Enhancer,” and it replaces the Contrast Enhancement menu option when the projector detects an HDR10 image.

Before you get too excited, I’ll note that my limited testing of the 915ES with HDR10 video content indicates that this doesn’t appear to be a traditional DTM solution. Instead, Sony is digitally compensating the projected image to more closely match the PQ curve to which HDR10 video content is mastered. So, in a sense, it is altering the tonality of the image, but not in the traditional way that other DTM solutions do it. Unfortunately, this means that subjective dynamic range and overall brightness of the image is still lacking when compared to competing DTM solutions from JVC, Lumagen, and madVR.

Don’t get me wrong, run-of-the-mill HDR10 video content definitely looks better with this feature enabled. But looking at some HDR10 video from the latest Spears & Munsil test disc showed that the 915ES had some obvious clipping issues with some content. Clipping is a digital artifact typically seen with static tonemap solutions and wouldn’t be an issue if a true DTM solution were being used.

With all of that said, the HDR10 content I tested still looked great overall, easily beating all of the other projectors I’ve tested other than the newest JVC models that have true DTM functionality. The image is punchy and color-intense, as one would expect from a current Sony 4K SXRD model. And its true native 4K resolution is a sight to behold when playing back high-quality, high-resolution source material. Nevertheless, I think including a true DTM solution at this price point would have made this projector a lot more exciting and made its value proposition much greater.

What it is: Sony VPL-VW915ES 4K SXRD Projector

What we love: The overall picture quality and price reduction compared to its predecessor.

What we don’t: Sony is not using a traditional DTM solution that competing brands currently offer.

You'll automatically be entered in the HTR Sweepstakes, and get the hottest audio deals directly in your inbox.
0 0 vote
Article Rating
Subscribe
Connect withD
Login
Connect withD
0 Comments
Inline Feedbacks
View all comments
Author
Dylan Seeger
When you buy through links on our site, we may earn an affiliate commission. Your support is greatly appreciated!
This is the static ad content. This is just a placeholder for now to get things styled.
Visit Website