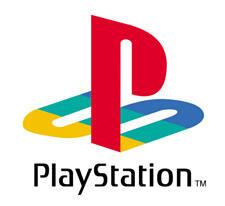 Yesterday, we reported on Apple’s planned streaming TV service, which will launch in September and cost $30 to $40 per month. Today we have news that Sony has officially launched its PlayStation Vue streaming TV service for PlayStation owners in a few major markets, including Chicago, New York, and Philadelphia. The base package costs $50 per month and features 53 channels, including CBS, Fox, NBC, CNN, and more. Higher-tier $60 and $70 packages are available if you want more channel options.

From CNNMoney
More good news for cord cutters: Sony’s streaming TV option for PlayStation owners has arrived.
PlayStation Vue has launched in Chicago, New York, and Philadelphia for the PS3 and PS4. It is accessible through Sony (SNE) PlayStation consoles and offers the kind of TV bundle that cable companies sell.

Vue delivers TV over the Internet to PlayStation consoles. It comes with a DVR-like service and lets customers watch both live programming and on-demand shows.

You can watch more than 80 channels on Vue, but you’ll have to pay more for certain stations.

Notably, Disney (DIS)-owned channels, including ABC and ESPN, are not currently available on the PlayStation.

Sony has been testing the service since November, and it expects to launch Vue more widely in the coming weeks and months.