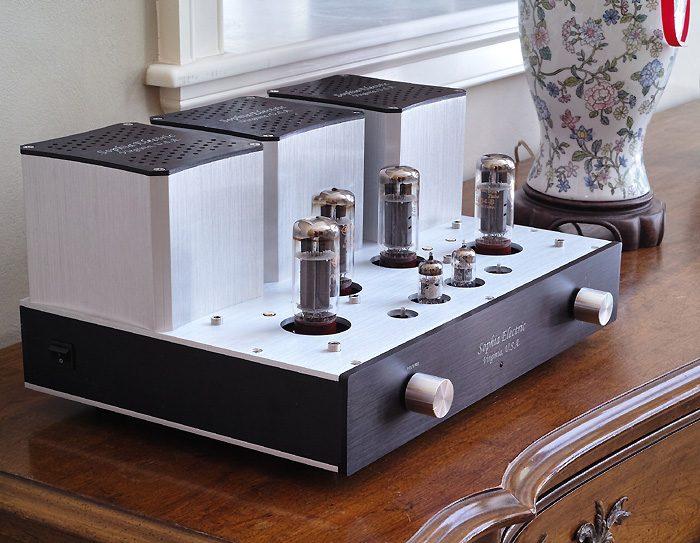 Equipment Reviews, Amplifier Reviews
Published On: July 9, 2014
We May Earn From Some Purchases Via Affiliate Links

During my exploration of 300B tube-based power amplifiers over the last couple of years, I became aware that one of the highest-regarded manufacturers of current production 300B tubes was the USA-based company Sophia Electric, located in Vienna, Virginia. I purchased... 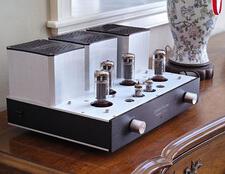 During my exploration of 300B tube-based power amplifiers over the last couple of years, I became aware that one of the highest-regarded manufacturers of current production 300B tubes was the USA-based company Sophia Electric, located in Vienna, Virginia. I purchased both the Royal Princess and Mesh Plate 300B tubes for use in my reference system and my smaller secondary system. These 300B tubes are superlative in their sound quality and turned out to raise the performance of any 300B-based amplifier, when compared with their stock tubes, to a much higher level. What I did not know was that Sophia Electric also designs and manufactures its own tube-based amplifiers. After corresponding with Richard Wugang, President and Chief Designer of Sophia Electric, I decided that his Magic 126S-03 integrated amplifier, retailing for $5,000, would be the subject of this review.

The Magic 126S amplifier comes in three different versions. Each version offers the same basic design, but with upgrades in parts quality and the type of transformers used. The Magic 126S-03 is the base model. Mr. Wugang wanted to build an amplifier that would give the overall sonic beauty of an SET 300B-based amplifier, which normally only provides eight to 10 watts per channel, yet be able to deliver close to 30 watts per channel so that many different types of efficient speakers could be used in diverse systems. Another great advantage of this design is that both the power tubes and input/driver tubes are very economical in their price range when compared with what has to go into a 300B-based SET amplifier.

The Magic 126S-03 uses two pairs of EL-34s as its power tubes and a pair of 6U8As as its input/driver tubes. The Magic 126S-03 dimensions are eight inches high by 18 inches wide by 12 inches deep, weighing in at 50 pounds, and producing 25 watts either into four or eight ohms. Behind and on top of the amplifier are three massive power transformers housing the sockets for the power tubes in front of it. Additionally, there are sockets for two driver tubes in front of the power tubes. On the left front of the amplifier is the volume knob, while on the right is the input selector knob. In the center is engraved Sophia Electric, Virginia, USA. On the rear panel are three single-ended inputs, two sets of four- and eight-ohm high-quality speaker posts, and the ICE power inlet. Located on the left side of the Magic 126S-03 amplifier is the toggle on/off power switch.

The build quality and materials used for the silver-and-black chassis are at a high industrial level. The overall appearance of the Magic 126S-03 is quite handsome in that it combines old-school and modern looks at the same time. During my auditioning process, the Magic 126S-03 was used to drive at least six different speakers that all were in the 85dB to 92dB efficiency range with reasonable ohm loads and no radical dips under four ohms. The Magic 126S-03 had no trouble driving any of these speakers to satisfying volume levels with no strain or distortion.

My first musical selection to see what the Magic 126S-03 had to offer sonically was tenor saxophonist Houston Person and pianist Bill Charlap on their album You Taught my Heart to Sing (HighNote). The first quality I noticed was an overall grainless liquidity, which allowed the tenor saxophone and Steinway piano to float into my listening room. The Magic 126S-03 also produced a vivid rendering of natural and colorful timbres and tone. This was very close to what a great 300B-based amplifier can do in the area of instrument tone colors.

Houston Person with Bill Charlap You Taught My Heart To Sing

My next auditioning choice was the jazz and pop singer Jacintha, with her album titled Lush Life (Groove Note), to see how the Magic 126S-03 would do at replicating the hardest instrument of all: the human voice. As I listened to Jacintha’s version of “Black Coffee,” not only could I easily hear her soft breathing between verses, which showed how highly resolving the Magic 126S-03 was, but I also heard the gorgeous tone of her voice on this song.

My last selection was to see how good the macro-dynamics and soundstaging are with the Magic 126S-03. In “C Jam Blues” from Duke Ellington’s classic album Blues in Orbit (Columbia/Legacy), his band spread wall to wall with excellent three-dimensional imaging and the accurate location of his players in the soundstage. When the band really opened up and ripped on loud passages, the Magic 126S-03 never ran out of steam or showed any strain or distortion on these peaks.

High Points
• The Magic 126S-03 is an attractive amplifier that uses quality parts and is hand-built in America.
• It offers much of the color, timbres, and tone of a reference-level SET 300B amplifier but provides enough current/watts to drive most speakers on today’s market.
• The Magic 126S-03 has an overall beautiful, grainless liquidity that you often only experience in either reference-level Class A solid-state amplifiers or single-ended-designed tube amplifiers.
• It is able to produce a very large and accurately layered soundstage with three-dimensional players.
• The designer of the Magic 126S-03 chose power tubes and input/driver tubes that are relatively inexpensive compared with amplifiers that are based on 300B power tubes.

Low Points
• The Magic 126S-03 does not come with a protective tube cage. So, if you have pets or young children, this could be a potential concern.
• Even though this amplifier is self-biasing and uses inexpensive easy-to-obtain tubes, you still have to take into consideration the cost of retubing in the future.

Competition and Comparison
The tube-based integrated amplifiers that would be the competitors with the Magic 126S-03 are the Audio Research Vi60, which retails for $3,995, and the Leben CS600, which retails for $6,495. The Audio Research Vi60 uses KT-120 power tubes and has a much leaner and tonally drier sound than either the Magic 126S-03 or the Leben CS600. The Leben CS600 comes closer to the sonic signature of the Magic 126S-03, having beautiful, natural, and rich tonality. It is also based on EL34 power tubes but lacks the soundstaging and overall macro-dynamic abilities of the Sophia Electric amplifier.

Conclusion
My first experience with Sophia Electric revolved around using its world-renowned 300B power tubes. After reviewing the Magic 126S-03, I now know that this amplifier is on the same reference level as far as performance in comparison with the company’s wonderful tubes. The Magic 126S-03 is an extremely well-built, good-looking integrated amplifier that produces 300B-type timbres/colors, holographic three-dimensional imaging, and a pure overall grainless liquidity. It also has enough current/watts to drive most speakers on today’s market, where many SET 300B designs would not be up to the task. Another virtue of the Magic 126S-03 is that it uses obtainable and reasonably inexpensive EL34 power tubes and 6U8A input/driver tubes compared with what reference-level new or old stock 300B tubes would cost today. If you are looking for a great integrated tube-based amplifier in this price bracket, have relatively efficient speakers, and want to try an amplifier that gives most of the sonic magic of a SET 300B amplifier, I highly recommend putting the Magic 126S-03 at the top of your audition list.