If there was one Blu-ray disc that enthusiasts and professionals alike could be guaranteed to own in the HD era, it was the second edition of the Spears & Munsil High Definition Benchmark and Calibration Disc. In the UHD/HDR era,... 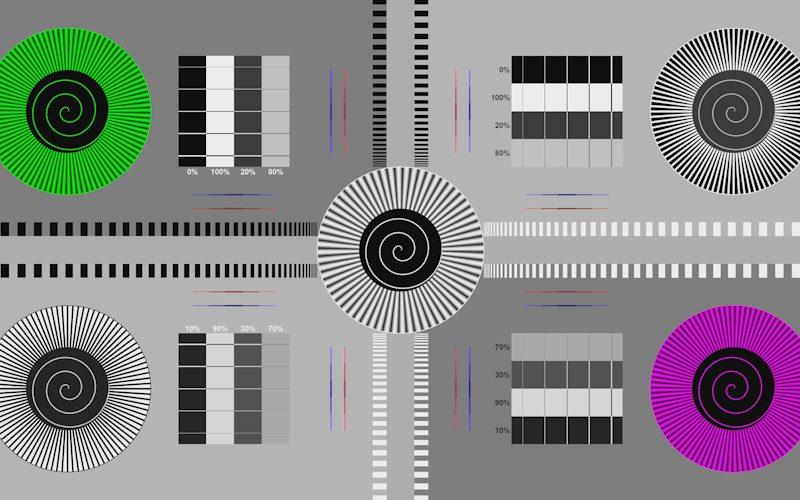 If there was one Blu-ray disc that enthusiasts and professionals alike could be guaranteed to own in the HD era, it was the second edition of the Spears & Munsil High Definition Benchmark and Calibration Disc. In the UHD/HDR era, such calibration references have been hard to come by. Samsung released a disc that only worked in its players. Otherwise, we've mostly been limited to expensive flash drives or generated patterns.

Thankfully, the new Spears & Munsil UHD HDR Benchmark is here, and as with before, it's aimed at both calibration professionals, reviewers, and enthusiasts alike. And best of all, it's only $39.95. You can order your copy now at Amazon.

Full details from the press release below:

The Spears & Munsil UHD HDR Benchmark gives professionals and amateurs alike access to a wealth of test and demonstration materials to tell them what their displays are doing, identify weak links in their hardware and software, and dial in the optimal settings not only for their equipment, but for future equipment that hasn't even been designed yet.

"Every pattern has been rethought with High Dynamic Range and UltraHD in mind," said co-creator Stacey Spears. "We believe this disc completely changes the game for test and evaluation discs, by making use of all of the features and range that HDR and wide-gamut standards can offer." Almost every pattern is encoded in multiple versions, with metadata and peak levels adjusted for a wide variety of HDR display technologies.

Like the previous discs, the Spears & Munsil UHD HDR Benchmark uses patterns created from scratch using Spears & Munsil's own in-house software. "There really isn't any other way to make patterns that we can stand behind," said co-creator Don Munsil. "We build every pattern using our own tools, written from scratch in C++. If a pattern needs to be generated directly in a very specific color space and data format, we generate it in that color space and format; we're not limited to what you can do with off-the-shelf graphics software. In a few cases we've had to create our own format, because no existing file format could represent the pattern we needed to create."

The disc includes new editions of some favorite patterns from the earlier editions, plus many new patterns exclusive to Spears & Munsil. "We've created the very best single pattern for evaluating which color space to output from your UHD player or set-top box," said Spears. "The problems of artifacts caused by color conversion and video processing remain as relevant as ever for HDR and UHD, but HDR adds exciting new problems to all the old ones. We rebuilt the color-space evaluation pattern from scratch, and put in one place everything an end-user or professional evaluator needs. Every pattern we make goes through that same process, and is refined again and again to make it clearer, simpler, and more precise."

Like with the previous editions, the S&M UHD HDR Benchmark contains patterns suitable for the professional calibrator or serious amateur who wants a complete suite of test patterns usable with spectroradiometers and colorimeters. "These patterns are tested by real industry professionals, multiple times over multiple iterations, before we put them on the disc," said Spears. "These are the same patterns used regularly by the same people who produce your displays, players, and movie content."

High Dynamic Range (HDR) was designed with the future in mind. Instead of creating a standard based solely on the capabilities of existing displays, the video-standards bodies designed HDR to meet the capabilities of future displays as well. Properly implemented, HDR content remains back-compatible with today's technology while making available metadata and picture information that will produce brighter, more dynamic, more colorful images on the displays of tomorrow. For years, content has had to be mastered for the lowest-common-denominator displays, not the newest and most capable consumer displays, which have long been capable of producing a brighter image with wider gamut. The new standards mean that content can be smartly scaled to use the color depth and dynamic range of the display, which means the content you today will actually look better on tomorrow's display technologies.

"HDR represents a new way of thinking about video," said Munsil, "with a completely different approach to transfer functions, or what we used to call 'gamma,' and that meant that a bunch of old patterns just plain didn't work anymore. Video is now encoded for very-high-brightness devices, and then has to be remapped by the display to fit that display's actual capabilities. Needless to say, every display does it a little differently--now, with the UHD HDR Benchmark, enthusiasts and professionals will be able to get insight into exactly what the display does when it makes those important remapping decisions."

The Spears & Munsil UHD HDR Benchmark is available from Amazon.com.