Mr. Spielberg, You're Wrong About Netflix

Mr. Spielberg, You're Wrong About Netflix

Mr. Spielberg, Respectfully, I think you are wrong in trying to keep Netflix and other streaming services out of consideration for a future Academy Awards. The concept of a feature film is no longer defined by a movie screened in... 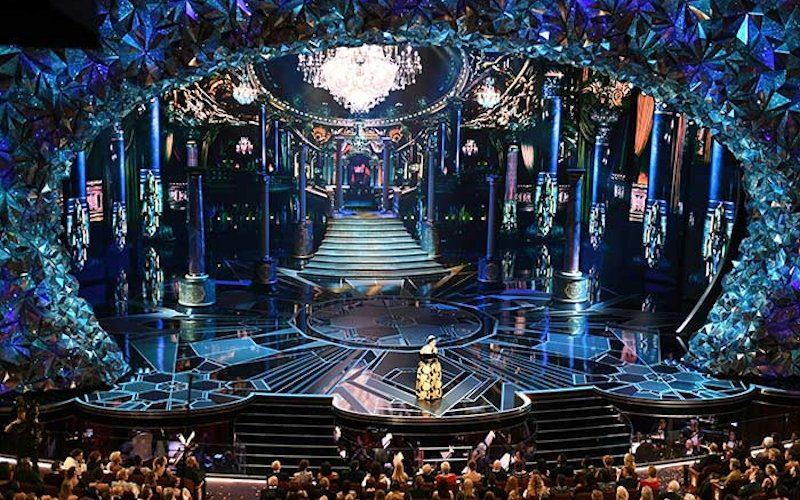 Respectfully, I think you are wrong in trying to keep Netflix and other streaming services out of consideration for a future Academy Awards. The concept of a feature film is no longer defined by a movie screened in a traditional theater. Not as of 2019. Technology has changed the world in incredible ways over the past generation, and the movie industry is not immune from this phenomenon. Much like the music industry failed to evolve out of the Compact Disc era and the "selling songs by the album" business model, the movie industry is suffering with its own issues in the modern era. Those pains are shared by the Academy Awards. The age-old event is having a hard time staying relevant. Times, they are a changin'.

Hollywood studios have lost a little of their luster to television since the turn of the new millennium. It is a well-established fact that these days an A-list star can go from the silver screen to the plasma screen (OK, there are no plasma screens anymore, but it sounds good and you get the idea) without hurting their career the way it might have in the past. The likes of, say, Julia Roberts can do a TV show like Homecoming for Amazon Studios to critical acclaim and still be every bit as viable as she was on the big screen. The movie theater itself is yet another soon-to-be dodo bird. Today, the traditional movie theater concept doesn't work as well for many people as it did in the past. Many of us who love good content can't deal with the hassle and/or cost as compared to the home theater experience. In our neighborhood, going to the movie theater costs $27 per ticket. Yes, the experience is ultra-luxurious, but $27 a head is a lot of money when you consider that you also pay for parking and so on. For a modest sized family, going out to the movies is a serious expenditure. While ticket sales were reportedly up about five percent in 2018 domestically, overall box office numbers are down significantly since peaking around 2003. That is a downward trend of overall sales when the cost for ticket prices is ever increasing, thus making it more and more difficult for average people to have access to the movie theater as often. When you consider the short period of time between today's theatrical releases and their availability via streaming and home video, many of us would rather just wait and watch that latest blockbuster at home on today's ever-larger and ever-cheaper high-performance displays, for far less than the price of a ticket at our local, high end movie theater. Realistically, how many movies come out that are so important that you can't wait to watch them at home in your home theater? Not many, especially when the time between a theatrical release and streaming or home video can be 45 to 60 days.


Technology companies are looking at the power of content in ways that are very different than the traditional Hollywood system in the modern era. Amazon Studios is building a $2,000,000,000-plus movie studio in Culver City (near Sony Pictures) to make movies, TV, and all sorts of other content so that more and more people pay increasing rates for their Prime service. Netflix is also all-in on content development (especially in 4K) so that they can keep their subscription model flowing just as HBO did with the creation of hit shows like The Sopranos, Sex and the City, and so on back in the early 2000s. HBO wouldn't be the entertainment juggernaut that it is today with just a selection of Hollywood's best (and sometimes not the best) feature films--certainly not in the modern streaming world.

Apple and Amazon are trading off being the most valuable companies in the world and Apple isn't going to be left out of the content game for long, either, although they are a little late to the party. They want access to your television via Apple TV and know that if they offer content that you can't live without, you might just need to let them into your digital life. Packing billions and billions of new investment dollars for content, be it from Silicon Valley or Seattle, tech isn't staying out of the content game. There's just no way. Ask any real estate agent how the prices of commercial or residential real estate have done in Los Angeles' "Silicon Beach" in the past five to ten years. Google (YouTube), Fox, Apple, nearly every gaming company, and so many others are booming down there. It is a whole new world and it isn't built around the Hollywood machine exclusively.

Heck, without paying any actors or producing a movie, Fortnite does about $300,000,000 plus in sales per month and that is just one video game from a video game world that reportedly does more business than the movie and music business combined yearly.

As for Roma, it is an art film that almost no one saw until it appeared on Netflix, yet it won three Oscars. The idea that a streaming movie can win over The Academy in a way to take home three statues proves that the game has changed forever. I think it was Dick Clark who said, "If it ain't in the grooves, then it ain't in the grooves." Well, when it comes to Roma and the voters, it's in the grooves. And that sets a standard for a more democratic way of looking at the feature film in terms of awards. A smart TV or a $100 Roku box or an Apple TV--all relatively low-cost options for most consumers--allow access to world-class content. Is there any way you can see that genie going back in the bottle? I mean how long is it going to take before movies are released day-and-date in theaters and streaming outside of insider Hollywood investor club known as The Bel Air Circuit? Not long.

Lastly, for the next generation of filmmakers who aspire to meet even a small fraction of what you've accomplished in your career, Mr. Spielberg, how is streaming movies with stunning surround sound and high dynamic range via affordable devices and the ever-growing power of the Internet not the future of filmmaking? Not everybody can go to USC and/or NYU film school, and even many of those who do can't work in the business even with the fancy degree. The cost of making even a small, indie movie is prohibitive considering how hard it is to sell (not to mention successfully market) said movie in a somewhat post-Sundance world. Streaming access to high-quality content allows people to consume more content, have access to more diverse, interesting topics, and do it without the cost and time needed to experience it on the silver screen. Do I think the traditional model of movies has its place? It does now, and likely will in the future. I do think that the theater itself and the overall theater experience is poised for an upgrade. I could see MicroLED walls replace the traditional screen so that the theater experience is not just for movies, as we know them but can offer interactive content as well, be it group gaming, educational events, or what have you. There is something to be said for the experience of laughing together with a crowd. That's hard to replace outside of a big theater. There is value to experiencing a film on a large screen and with booming sound, yes, but to ignore how the world has changed technologically is to miss the advantages that 4K UHD TVs, tablets, phones, improving streaming and other factors bring to the art of filmmaking.

We are in a very good place in terms of creative content in 2019. I am not sure locking out the people and companies making streaming content from winning prestigious awards is a way to keep the Academy as relevant as it needs to be.

With that said - see you in the Village and thanks for all of the great films over the years.