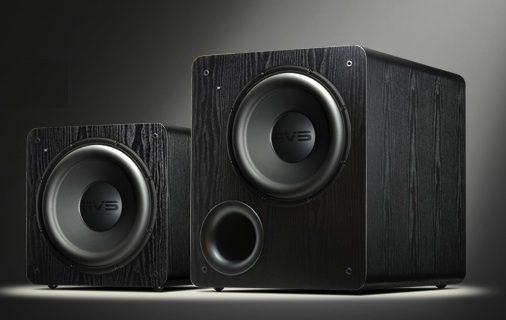 At the heart of each SVS subwoofer is a newly engineered 12" 2000-series driver. Nearly 20 generations of driver prototypes were built by hand and punished with rigorous real-world testing; including 100-hours of full power testing; before the final version was approved for production. Extensive prototyping allowed SVS to engineer a driver capable of outclassing those in subwoofers costing two and three times as much as the 2000 Series.

The drivers consist of dual high-grade ferrite magnets and an FEA-optimized motor for nearly distortion-free performance. A reinforced Nomex spider was integrated for improved linearity and driver control, especially important when the STA-500D amp is pushing the subwoofers to maximum output levels. To ensure the SB-2000 and PB-2000 play their best long into the future, the driver also features a durable low-creep rubber long-throw surround and integrated tinsel leads to eliminate tinsel slap and improve reliability.

Gary Yacoubian, SVS President, observes, "We are especially proud of this driver, as it is the product of exhaustive design and an incredible number of prototype iterations. The goal was to design a driver that could fully leverage the crushing power of our new amplifier, and change the game at this price point. It took us many months, but we nailed it!"

The aforementioned Sledge STA-500D DSP amplifier is incredibly powerful and flexible considering it comes in a subwoofer costing less than $800. Conservatively rated at 500 watts RMS continuous and 1100 watts peak dynamic, the amp has brains to match its brawn. A sophisticated DSP in the amplifier includes an array of filters and volume, gain, and phase controls for fine-tuning performance. A frequency-dependent limiter/compressor algorithm with adjustable attack/release and compression parameters offers the ultimate in refined behavior at the drive limits of the subwoofer system. The DSP amplifier is effortless in its delivery of all this power, yet it consumes less than half-a-watt in stand-by mode.

"500 watts of amplification, a painstakingly optimized driver, and a sophisticated DSP engine in a $700 subwoofer is simply unheard of, which is exactly how we like to do things at SVS," said Gary Yacoubian. "The PB-2000 and SB-2000 integrate our best technology, engineering and design elements and hit a pricing sweet spot that will make them extremely appealing to audio and home theater enthusiasts."

Sporting a compact, sealed enclosure weighing only 35 lbs. and measuring 14.2" all-around (without feet and grille) with a staggering frequency response of 19-240Hz, the SB-2000 easily matches or beats the output levels of subwoofer's twice the size and weight. Its understated but elegant appearance make moving and blending the SB-2000 into any listening environment a cinch. A new driver and amplifier, sealed cabinet and revised tuning let the SB-2000 achieve lightning fast transients and levels of articulation, musicality, dynamics and fathomless extension unequaled in other compact subwoofers.

For chest-thumping slam/impact and shear bass performance for the price, the ported PB-2000 subwoofer outperforms similarly sized subwoofers, without sacrificing musicality. Weighing in at 66 lbs., with cabinet dimensions of 20.9" x 17.3" x 22", the PB-2000 is nearly twice the weight of the SB-2000 and dips all the way down to 17Hz, lower than some $2000 subs. The PB-2000 features a front-firing 4" high-flow port with inner/outer port flares for energizing rooms of all size with low frequency dynamics that contribute to more exciting and realistic movie and music playback.

Both 2000 Series subwoofers feature comprehensive and flexible connectivity options for easy set-up and integration into any home theater or stereo system. The SB-2000 is available now for an MSRP of $699, the PB-2000 is also shipping with an MSRP of $799.