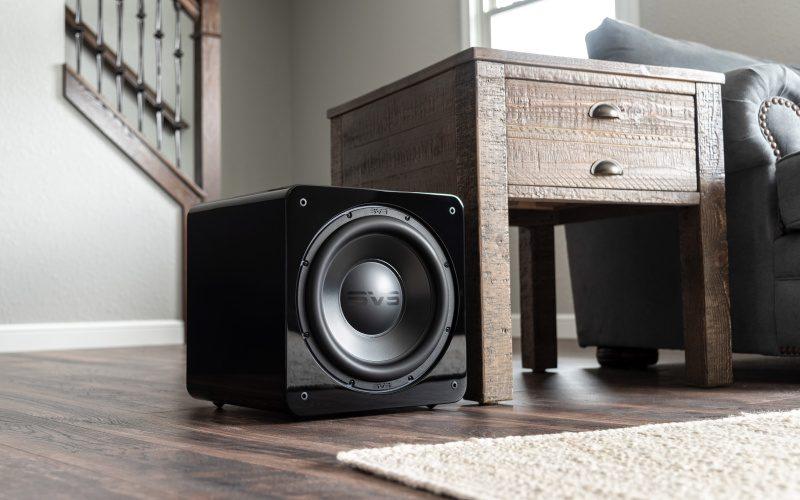 SVS makes a compelling case for dual subwoofers with the SB2000-Pro, an affordable tour de force with performance way beyond its price. 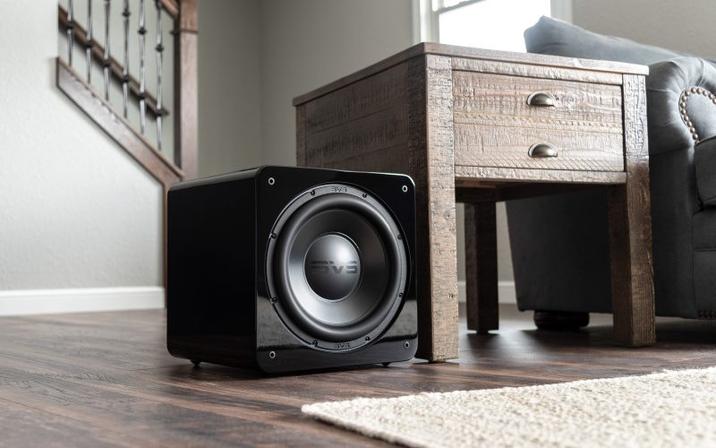 My last dance with an SVS sub came about seven years ago when I reviewed, and subsequently purchased, the company's SB13-Ultra. So, when SVS offered me its SB-2000 Pro for review, I leapt at the opportunity. But when they asked if I wanted a single sub or a pair for evaluation, I hesitated. Setting up one subwoofer properly, let alone two, can be a bit daunting; between placement, crossover settings, room gain compensation, polarity... you get the point here. Even seasoned audiophiles have been known to melt down a bit during sub setup. That said, SVS and other manufacturers have made a concerted effort to ease the pain of setup, and SVS does so with a dedicated control app for its subwoofers.

The SB-2000 Pro retails for $799 (or $899 with a gloss finish) and features a 12-inch driver, powered by a 550-watt RMS/1,500+ watt peak power Sledge STA-550D amplifier (Class-D). It's a sealed design, though SVS offers a semi-equivalent ported design, if that's more your speed. The SB-2000 measures 14.6 inches high by 14.2 inches wide and 15.6inches deep and it weighs a manageable 38.6 pounds; SVS calls this sub "compact," a highly subjective term, but given some of the behemoths in the company's lineup, it's relatively accurate. Frequency response is rated at 19 to 240 Hz ±3 dB, and in terms of notable features, beyond the aforementioned control app, the sub also features a 50 MHz Analog Devices Audio DSP, as well as trickle down technology from the award-winning flagship Ultra-16 Series. The SB-2000 comes in your choice of two finishes – black ash, or in the case of my review samples, piano gloss black – and has a removable grille. The packaging of the subs is pretty much in line with what you'd expect for their position in SVS's overall lineup: nothing too fancy, but at the same time secure and straightforward. Unboxing them, at under 40 pounds, is easily managed. In terms of connections, I ran a couple of SVS Soundpath interconnects to the LFE input on each sub from the LFE outputs of my Marantz SR7013 AV receiver. Don't have dual sub connections on your receiver? You can either use a Y-splitter or simply connect one cable between your receiver and one of the subs and daisy chain the output of that sub to the input of the other. SVS outlines this process intuitively in their manuals, or you can find plenty of tutorials online as well. SVS also sells a wireless adapter, should you want to go that route.

For this review, source components included my LG 4K Blu-ray player and MacBook Pro, connected to the Marantz through my Arcam irDAC. Subwoofer placement has already been established in my home theater and, due to space constraints and prior tweaking sessions, dictates that the subs be placed just inside each of my front floorstanding speakers. I let the Marantz room correction software handle initial setup, then let the subs break in a bit before sitting down for critical evaluation.

First up on my list of bass demos was John Wick: Chapter 3 – Parabellum. While not a film that will exercise your synapses, it does provide a good test of a home theater's chops, especially in Dolby Atmos. With a Wick film, there's going to be copious amounts of rain, which equals copious amounts of thunder. I played around a bit with the control app while watching the movie, playing around with different DSP presets (Movie, Music, Custom) and ultimately decided that I preferred the default. The app, despite one gripe I'll get to in a bit, functioned flawlessly.

No matter what I did with the app, though, I noted that running two subs evens out the bass considerably, especially when you're not sitting in your theater's sweet spot. SVS has an article on this topic that's worth your time, if you'd like to learn more.

Back to John Wick – in one of the early fight scenes, at about the 17-minute mark, I noted that each punch struck a visceral, violent chord, making me somewhat uncomfortable in the best sense of the word. This scene also includes plenty of blade throwing, culminating in Wick throwing a large hatchet into a baddie's noggin, with the resulting thump being sickeningly palpable and realistic. A testament to the transparency and visceral movie watching experience a pair of SB-2000 Pros can deliver when properly setup and fed.


Given that we're still in lockdown thanks to COVID-19, my next movie choice was influenced by my 10-year-old. Cue Trolls World Tour, which actually turned out to be a solid test of the sub's mettle. I took some solace in the fact that it was in Dolby Atmos and grabbed my notebook. The opening features a barrage of musical number's, including "Troll" renditions of "Rock You Like a Hurricane" by Rachel Bloom and "Girls Just Want to Have Fun" (aka "Trolls Wanna Have Good Times") by Anna Kendrick and Justin Timberlake, and it was a testament to the dual-sub setup and the design of the SB-2000 Pro that, despite my well off-axis seating position, the bass remained taut, even, and coherent.

The entire film is loaded with low frequency material and I noted that the SB-2000 Pros produced compelling bass that, while certainly palpable, never drew too much attention, nor exhibited any signs of bloat. During the Trolls rendition of "Atomic Dog" (Mary J. Blige and Anderson .Paak), I noted that, while the SB-2000 Pros can't match the power (550 Watts vs 1000 Watts), nor the driver size (12 inch vs 13.5 inch) of my SVS SB13-Ultra, I ultimately preferred the more controlled and even bass response of the smaller subs operated in tandem.

Moving from movies to music, I avoided any sort of nuance or subtlety and went straight for a recent low-frequency heavy-hitter in the form of "Cradles" by Suburban. Pushing the subs to ridiculous my-neighbors-used-to-like-me levels, I could not get the subs to struggle. Throughout the track, both mid-bass and low-end bass remained composed and taut. From a bass perspective, I've never heard this track sound more compelling than it did with the SB-2000 Pros. Musically, it's a busy, somewhat chaotic track, but having well-engineered dual subs made sense of it. Since I couldn't break these beasts with Suburban, I decided I had to try harder.

It was up to LL Cool J and "Going Back to Cali" to try and make the SB-2000 Pros break a sweat. At the 45 second mark, it gets deep... really deep. Did they break? Not until I reached output levels that would make most humans cry did they did lose accuracy and get a bit (just a bit) boomy. So how did they perform at more listenable listening levels? Mind-numbingly well. They played louder and much deeper than their size and spec would indicate. Again, only losing their composure when the volume was pushed to dangerous levels. In terms of aesthetics and performance, saying anything negative would be too much of a stretch. Where I could nitpick a bit would be with regard to connection flexibility, as the SB-2000 Pros lack XLR inputs (which, granted, are rare at this price point, but the performance of the SVS subs raises expectations a bit).

In terms of the control app, while I generally found not having to get behind the subs to make adjustments a revelation, it would be nice if you were able to set the app to control both subs at once. In other words, at least as far as I could tell, there was no option to have adjustments made with both subs concurrently. I had to adjust one, then switch over to the other sub to control it. This left me double-checking each volume level on each sub, which threw me off a couple of times during critical listening. While these are by no means deal breakers, they're worth mentioning and, at least in the case of the app, could likely be rectified in a future update.

Competition and Comparison
At this price point, especially if you're not convinced that dual subs are the right choice, you can spend roughly the same amount of money and land yourself a single JL Audio E-Sub e110 ($1,850). You'll lose a bit in driver size as the JL's is 10-inch vs the 12-inch driver of the SVS, but you'll gain quite a bit of raw power, going from 500 watts to 1,200 watts with the JL. My experience with JL Audio is mostly related to their car audio lineup, but I've heard their home theater products in demo settings and can tell you that these guys know their way around a sub.

If you're considering a dual sub system but have space constraints, you could consider spending a bit more ($999/each) and check out the Definitive Technology SuperCube 6000. It's decidedly more compact than the SVS offering, with a 9-inch front firing driver, flanked by dual 10-inch passive radiators, but packs a more powerful 750-watt amp. I've had a couple of Definitive Technology subs in my reference systems over the years and have always been impressed by the performance their engineers are able to pack into such small enclosures. For a deeper dive on this sub, check out our review.

Conclusion
Many awards and accolades have been thrown at SVS subwoofers over the years, and for good reason. In the home theater realm, there's a delicate balance between price and performance and SVS absolutely nails it in this regard. With their subs, you'll typically get performance that exceeds their price point, making it difficult to go wrong all the way up and down their product line.

If dual subs aren't in your budget, consider starting with one and building from there as your budget allows. SVS offers a 45-day in home trial, allowing you to order a couple of their subs and do some A/B testing to find out if running dual subs is worth the added expense in your system. With the SB-2000 Pro in particular, they have the refinement for more subtle source material, but as stated above, will also go about as deep as any reasonable human would want to go. Put simply, the SB-2000 Pro (Amazon link; Crutchfield link) is clearly another resounding win for SVS.