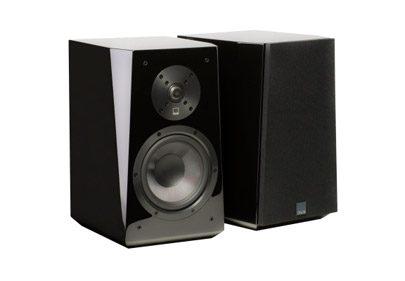 Audio Reviews, Bookshelf Speaker Reviews, Equipment Reviews
Published On: February 19, 2013
We May Earn From Some Purchases Via Affiliate Links

SVS has added new speakers into the company's Ultra line. Andrew Robinson takes a look at the bookshelf model, putting it to the test in his review, to see if these new speakers are worth your time. 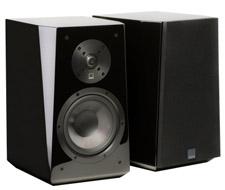 SVS’ newly revamped Ultra Series line of loudspeakers includes tower, center, surround and bookshelf models. The Ultra Bookshelf, reviewed here, retails for $499 each ($998 per pair) and is sold direct via SVS’ own website. While SVS may be better known for its subwoofers, one shouldn’t overlook the company’s loudspeaker endeavors, as SVS has been making quality loudspeakers for years. Still, the sub-$1,000 loudspeaker market is a competitive one, so how well the all-new Ultra Bookshelf stacks up against the competition is what I wanted to find out.

The Ultra Bookshelf is a two-way monitor, featuring a one-inch aluminum dome tweeter mated to a single six-and-a-half-inch woofer. The Ultra Bookshelf is on the larger side for a two-way bookshelf speaker, measuring nearly 15 inches tall by eight-and-a-half inches wide and 10 inches deep. It’s also quite hefty, weighing an impressive 19 pounds, no doubt a result of its fantastic build quality. The cabinet, like all Ultra Series speakers, features a wedge-shaped design that, coupled with its internal bracing, not only reduces cabinet resonances, but also combats edge diffractions. There is but one finish option available for the Ultra Bookshelf: a high-gloss, piano black lacquer. The Ultra Bookshelf has a reported frequency response of 45Hz to 32kHz, with a nominal impedance of eight ohms and a sensitivity rating of 87dB. All these attributes add up to a speaker that should be relatively easy to drive and enjoy via a swath of modern electronics, including AV receivers and/or budget separates.

In terms of sound quality, there is a lot to like about the Ultra Bookshelf, starting with its bass prowess. While not full-range, the Ultra Bookshelf is capable of surprising bass response, offering up a low end that is not only deep but musical, with tremendous impact. In certain environments and/or setups, I could envision not needing a subwoofer. Moreover, the Ultra Bookshelf’s bass is one of speed and finesse, two things that, when coupled with deep, rich bass from a two-way monitor, you’re likely to want, especially if you’re not going to be employing a sub. The Ultra Bookshelf’s midbass response is also very good and incredibly articulate on up through the midrange, which possesses a full-bodied sound without coming across as bloated, but rather within the realm of neutral. Vocals sound weighty and rich and carry with them terrific presence and scale at virtually all volume levels. The high frequencies are also very nice, though they lack that touch of air at the extremes that keeps their extension from developing fully. Still, for a loudspeaker retailing for less than $1,000 per pair, the Ultra Bookshelf’s tweeter is a solid performer. Speaking of extension, the Ultra Bookshelf’s soundstage is one of breadth, but is also nicely appointed and delicately detailed. It seems to favor width over depth, but nevertheless, its soundstage is very nice indeed, with the speakers aurally disappearing into it when set up properly. Dynamics are also good, though largely dependent on the strength and quality of your amp, as I did find the Ultra Bookshelf responded favorably when stepping things up to more up-market amplifiers, such as my Parasound Halo amps. This shouldn’t scare you into thinking perhaps your AV receiver or budget separates aren’t good enough – they are – but the Ultra Bookshelf responds to higher-quality components, meaning it can grow with you over time.

Read about the high points and low points of the SVS Ultra Bookshelf on Page 2. 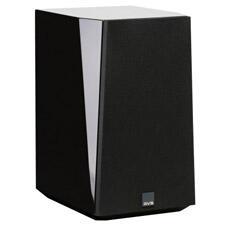 High Points
The Ultra Bookshelf’s build quality is beyond reproach at its price, possessing one of the sturdier cabinets and nicer finishes I’ve seen to date.
SVS’s sales practices, specifically the company’s “Customer Bill of Rights,” are among the best in the business. With free shipping (both ways) extended to would-be consumers, along with a 45-day in-home trial, the risk of seeing if the Ultra Bookshelf is for you is next to nil.
The Ultra Bookshelf’s frequency response feels and sounds near full-range, meaning in certain situations the need for a subwoofer may prove moot.
The Ultra Bookshelf’s bass and mid-bass articulation is staggering for a two-way monitor. Its midrange prowess is also quite nice, as I found it rendered vocals faithfully, with realistic scale and, in most instances, weight.
The Ultra Bookshelf’s soundstage is vast, preferring width of over depth, as it can sound near 3D when set up properly.
The Ultra Bookshelf, while coming across as a largely neutral, accurate loudspeaker, doesn’t seem to editorialize or criticize source material, meaning it should be a good fit for a wide variety of setups and musical tastes.

Low Points
As gorgeous as the Ultra Bookshelf’s finish is, I wish other options were available to customers – at the very least, a non-gloss finish, as the current high-gloss one is prone to visual reflections. Also, the high-gloss finish is prone to showcasing dust and fingerprints, so careful maintenance may be required to keep the Ultra Bookshelf speakers looking their best.
The Ultra Bookshelf has no mounting points, meaning it cannot be secured to a stand or wall or ceiling bracket if you wish to use them as surround speakers in a multi-channel setup.
The tweeter, while good, can become a little flat and thus take a bit of the air out of the Ultra Bookshelf’s sails when pushed. This isn’t uncommon among bookshelf speakers, especially those in this budget range, but nevertheless, it is worth mentioning should you like your music loud.

Competition and Comparisons
There is no shortage of sub-$1,000 bookshelf speakers on the market today. Just off the top of my head, a few competitors that come to mind are Paradigm’s Atom ($198 each) and Mini Monitor loudspeakers ($279 each). The Mini Monitor is a more direct competitor to the Ultra Bookshelf, though the Atom Monitor shouldn’t be overlooked, albeit it doesn’t possess the bass of either the Mini Monitor or the Ultra Bookshelf. Aperion Audio’s Verus Grand bookshelf ($299) is another fine choice, as is Definitive Technology’s new StudioMonitor 55 ($299). Stepping up in price, but only just, you must also consider the Wharfedale Jade 1, which at $1,199 per pair ($599 each) isn’t too far off the Ultra Bookshelf’s financial mark. The Jade 1 does, in my opinion, represent a sonic upgrade over the Ultra Bookshelf, though it’s arguable that the Ultra still has the edge in terms of bass response. For more on these great bookshelf speakers, please visit Home Theater Review’s Bookshelf Speaker page.

Conclusion
Cutting right to the chase, the Ultra Bookshelf speaker from SVS is a phenomenal achievement and arguably my favorite of the new Ultra series. The build quality is beyond reproach, as is SVS’ commitment to its customers. The Ultra Bookshelf’s sound is one of incredible musicality, possessing enough of the stuff audiophiles crave, but at a more Everyman price. I even found that, in certain situations, a subwoofer (SVS offers many) may not be necessary, making the Ultra Bookshelf far more versatile than most smaller two-way bookshelf speakers. While it’s not perfect nor without competition, the Ultra Bookshelf should be on your must-audition list if you’re in the market for a solid pair of affordable bookshelf loudspeakers.