Gary Moore, former guitarist for Thin Lizzy, brought the band back together for a tribute concert in honor of the group's late bassist and front man Phil Lynott. The result, One Night in Dublin - A Tribute to Phil Lynott, is now being released on Blu-ray by Eagle Rock Entertainment. 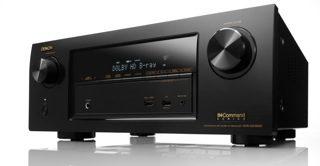 Eagle Rock Entertainment is releasing more music oritented Blu-ray titles this spring. February of 2009 saw the release of The Cure Trilogy and The Who Live At The Isle Of Wight, while March blossomed with Jeff Beck Performing This Week...Live at Ronnie Scott's, Asia Fantasia: Live in Tokyo, and Paul Rodgers Live in Glasgow. On April 21, Eagle will bring two more stunning concerts to the Blu-ray format: Styx One With Everything and Gary Moore & Friends One Night In Dublin - A Tribute To Phil Lynott. [Pre-book Order Date April 1, retail sales price $24.98]

Joining forces on May 26, 2006 with the 115-piece Contemporary Youth Orchestra, conducted by Liza Grossman, Styx gave the Cleveland residents a night to remember. The music of Styx was embellished by the 60-member chorus backing them on such classics as "Renegade," "Blue Collar Man," and "Crystal Ball." The DVD also includes two new Christmas songs, interview footage, and a "Quake Cam" (a hidden camera on Todd Sucherman for an up-close and personal look at the man at his drum-kit during the set.) Originally released on standard DVD in November 2006, One With Everything can now be enjoyed with even more fervor in the high-def format.

Former Thin Lizzy guitarist extraordinaire Gary Moore gathered his original band comrades to pay tribute to late bassist/frontman Phil Lynott on August 20, 2005. Joining Moore on One Night In Dublin - A Tribute To Phil Lynott, was drummer Brian Downey, guitarists Scott Gorham, Eric Bell and Brian Robertson, as well as Jethro Tull bassist Jonathan Noyce. On this day (which would have been Lynott's 56th birthday), this group shook Dublin with a bevy of their worldwide hits--"The Boys Are Back In Town," "Jailbreak," and "Don't Believe A Word." This DVD was originally released in March 2006 in the standard format, and is now presented in high-def quality. A truly worthy tribute to the rock legend!

LICENCE TO KILL and THE MAN WITH THE GOLDEN GUN Coming to Blu-ray on May 12, 2009