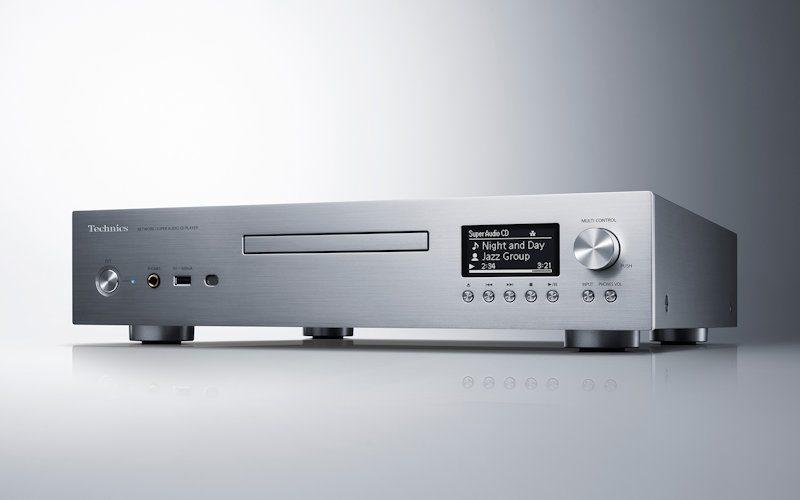 I think it has been nearly a decade since I last listened to a physical Compact Disc. No joke. I actually had to buy a CD (four to be exact) in order to complete this review. That's my fault, though.... 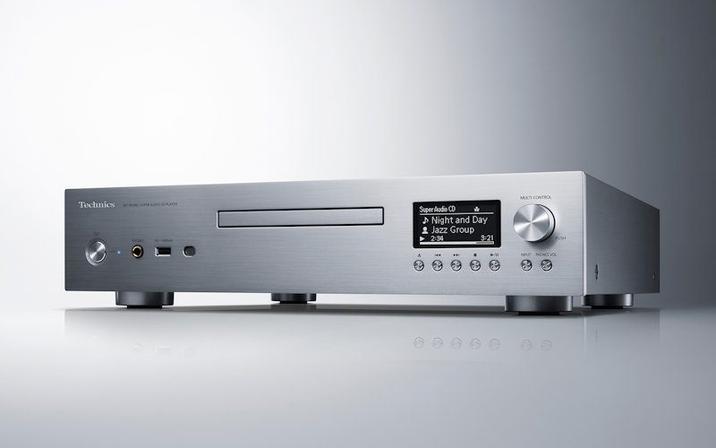 I think it has been nearly a decade since I last listened to a physical Compact Disc. No joke. I actually had to buy a CD (four to be exact) in order to complete this review. That's my fault, though. When I was asked if I wanted to take a peek at the new Technics SL-G700 Network Player, I must have glossed over the SACD part. My last SACD player review was way back in February of 2010 when I reviewed the mighty (expensive) Mark Levinson N°512, which was an absolute beast of a disc spinner. The No.512 retailed for $15,000 new, and comparatively it did very little when put up against the $2,999 SL-G700 reviewed here.

The SL-G700 looks the part and appears every bit a high-end product; it is a great example of how a brand such as Technics can rise from the ashes when put in proper hands. Granted, at first blush the SL-G700 doesn't look like much more than your average high-end CD/SACD player, what with its slim-line disc tray sitting front and center, flanked by a large black and white digital display. You'd be forgiven if you confused it for anything else other than a disc spinner.

Turn your attention around back, though, and things get a little more interesting. Moving left to right, you'll find the SL-G700's analog outputs, of which there are both balanced (XLR) and unbalanced (RCA) options. The connectors are of a high quality, not unlike what you'll find on components costing much, much more. Located along the top, and between the dual wi-fi antennas, sits the SL-G700's digital inputs and outputs: a matching set of optical and coaxial. To the right of those is an Ethernet port, followed by a USB input, which thankfully is not only "for service." Throw in a system control terminal (3.5mm jack) and a detachable power cord and you've got the SL-G700's physical lay of the land all sewn up. But it's what rests under the hood that makes the SL-G700 really interesting. For starters, the inside of the SL-G700 is built like a brick shithouse, and there is a lot of attention to detail to be found throughout. The D/A circuitry is dual mono, something that make audiophiles go gaga. The D/A converters themselves are sourced from Asahi Kasei Micro and are the maker's top offering AK4497 chipset. Even the power supply is separated into individual sections (Digital I/O, Digital Core, Clock, SFC, and Bias Ref) and supplied to each individually based on their needs via a Battery Driven Circuit System.

What does this all mean for you the listener? In theory, this should provide you with the cleanest digital playback with the absolute maximum spatial separation and detail throughout--again, in theory. There is also a discrete amp module running from the DAC to the analog audio outputs.

Honestly, there is quite a lot that Technics has managed to pack into the design and engineering of the SL-G700. Hell, there's even a dedicated headphone amp for those looking for a more personal or desktop hi-fi experience. For more on the finer details of the SL-G700's physical makeup and features, please do check out the product page on Technics' website.

As its name implies, SL-G700 is both a physical media player as well as a network/streaming audio player. It supports Bluetooth, Wi-Fi, AirPlay 2, and is compatible with Spotify, TIDAL, Internet Radio, and even has Google Assistant/Chromecast built-in for good measure. This isn't even everything the SL-G700 is compatible with, but rather the greatest hits Technics chooses to call out, and yes it supports, or is compatible with, MQA. Lastly the SL-G700 does upsample lower-resolution files to 192 kHz/32 bits via its DSP when needed (or selected).

Performance
So how does it sound?

Whether the flavor that you savor is physical or streaming, the SL-G700 isn't going to disappoint. Admittedly, I am not the world's foremost physical media aficionado anymore, and yet, the SL-G700 managed to make me reconsider my abandonment of CDs. I'm not sure I've heard better when it comes to CD playback at this price point. When I played my all-time greatest hits demos, there were definite moments throughout where the SL-G700 caught me off-guard, in a good way.

The highs are to die for, truly. The SL-G700 possesses the least digital sounding high frequency performance I believe I've ever heard, whist retaining all the sparkle and dynamics you would come to expect from a digital source. The aforementioned Mark Levinson N°512 was a bit dark and overtly smooth when it came to its high frequency response, which went a long way toward masking its digital pedigree, and in a way, fool the mind into thinking you were listening to a dyed in the wool analog recording. The SL-G700, on the other hand, doesn't play mind games, but rather does digital right. And as a result retains all that extension, air, and speed whilst never becoming brittle or harsh. The soundstage that is extracted from each track isn't wholly different from what I've experienced in the past, but it is far more defined. Midrange performance is class-leading and neutral. Bass is taut, firm, and detailed, but perhaps slightly reserved. Still very pleasing, but I have heard players with marginally better bass reproduction. Dynamics, provided they exist within the recorded track, are explosive and so composed that I would consider them to be one of the SL-G700's hallmark traits. Moving things away from the physical, the SL-G700's streaming capabilities are first-rate, though not quite equal to what it can do with a physical disc, with one exception. When playing back TIDAL master quality audio tracks, I found the difference between disc and streaming to be virtually non-existent once I matched their volumes. But upsampling lesser streaming music tracks via the SL-G700 doesn't mean everything sounds utterly fantastic. Don't get me wrong: lesser streams are still very good, but polish turds into diamonds the SL-G700 cannot. Still, as a streaming player it's very, very good, though I wonder how many enthusiasts would be better served by Technics' own Network Audio Amplifier SU-G30 instead, since it has largely the same streaming playback functionality only without the physical disc drive. For what it's worth I would classify the SL-G700's CD/SACD playback close to a perfect 10, whereas its streaming capability--at least with non-master quality streams--is somewhere in the mid to high eights.


With an MSRP of around $2,999 as of this writing, there aren't many products that do everything the SL-G700 can for the price. Sure, there are cheaper disc spinners, just as there are cheaper network music players, but few that do both as well as the SL-G700. The nearest competitor that I have some experience with would have to be Marantz's ND8006, which on the surface offers most of the same functionality, sans SACD playback. At $1,200 retail, the Marantz would appear to be a better overall value, too, but its build quality isn't to the same standard as the SL-G700, nor am I a huge fan of HEOS, which is how the Marantz interacts with services such as TIDAL and Spotify. Still, hard to argue with half the price, especially considering the Marantz will likely give you 90-plus percent the same performance.

Another potential competitor is the Arcam CDS50 at $1,200 retail. Though like the Marantz, the Arcam is limited in the streaming department as it is positioned primarily a disc spinner with networking capabilities added on.

Now, if we want to focus on CD playback only, there are ways of spending much more than the SL-G700's asking price. Yamaha, Marantz, and McIntosh all have mass market CD/SACD players/transports that cost more than the SL-G700--in some instances a lot more. This makes for a strange proposition for me; as a music streamer you can do similar for less, but as a CD player you can definitely spend more, which means the Technics SL-G700 exists in a sort of Goldilocks realm of being perhaps just right, price-wise.

Conclusion
Make no bones about it: $2,999 for a physical media player in 2019 is an absurd way to start a conversation with me, a man who abandoned physical media almost a decade ago. And yet, as I put the finishing touches on my review of the Technics SL-G700, I kind of get it. While the thought of having hundreds or thousands of CDs again makes my heart stutter, there is no denying that I enjoyed my time listening to physical media again via the SL-G700. It is without a doubt one of the finer sounding CD players I can recall ever listening too, which puts it in a peer group with brands like Mark Levinson, Meridian, and even Linn.

The fact that the SL-G700 is also a capable music streamer makes it an even more compelling proposition indeed, for I found its playback of TIDAL Master quality recordings to be as exemplary as its CD playback. This really is a tough one for me, since I don't need half of what makes the SL-G700 so great--i.e., its CD playback capability--and yet, it's the one thing I want to keep listening to the most.