Feature News Stories
Published On: August 5, 2019
We May Earn From Purchases Via Links

Although the U.S. consumer electronics and technology industry has been hurt at least somewhat by the ongoing tariff war between the Trump Administration and Chinese government, the impact on American consumers has been more of a mixed bag. So far,... 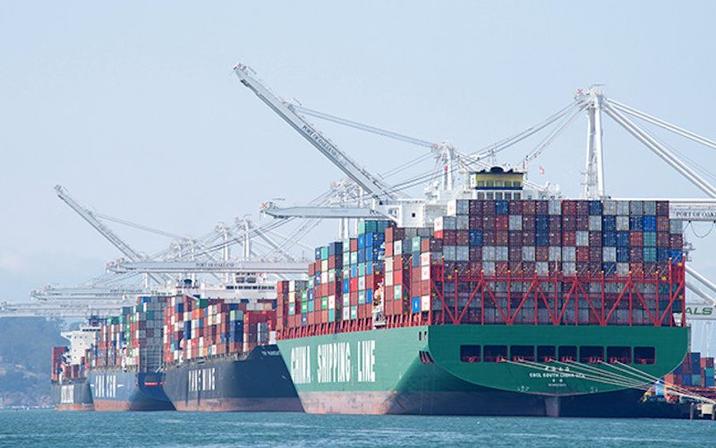 Although the U.S. consumer electronics and technology industry has been hurt at least somewhat by the ongoing tariff war between the Trump Administration and Chinese government, the impact on American consumers has been more of a mixed bag. So far, anyway. But don't expect that to continue for a whole lot longer if the dispute drags on through the rest of 2019 into 2020.

Since our last report on the tariff war late last year, there have been a couple of major unexpected and unintended--but not necessarily negative--consequences of the tariff dispute so far in the U.S. For consumers, there's been the happy surprise of ultra-low pricing on many TVs at retail. For manufacturers, it's been a major boost at times, especially for Roku in the smart TV operating system battle.

TV panel prices ended up tumbling significantly in June after TV brands started "engaging in preemptive stocking" in the second quarter of this year over fears of a 25 percent tariff being implemented in the third quarter, along with Samsung Display's decision to shut down a key plant, TrendForce division WitsView said on July 5. Although Samsung Display postponed the shutdown of the plant until Q3 due to financial, technological, and other reasons, "end distributors' inventories of TV sets have already become bloated beyond saving in June, and brands' panel inventories have already reached dangerous levels," the company said. Although some panel manufacturers made small adjustments to production capacity in June and July, there was just "no turning back from the oversupply situation," WitsView said. Despite signals at the end of Q2 that preparations would be made in anticipation of peak season demand in Q3, efforts by Chinese TV brands to promote sales in the first half of the year "haven't been paying off, leading to ever-increasing inventory levels," the research company said, noting "panel prices started to take a dive in May and continued plunging throughout June," while Chinese TV brands' "confidence in the markets has greatly diminished, and will take up a more conservative stance in procurements for July." It predicted that "most panel manufacturers will be turning a blind eye towards the prospect of making production capacity adjustments" in the third quarter, "in hopes of maintaining their respective shares of the market," adding that, "as demand stays weak and production capacity pressures continue to rise, negotiating power for TV panel prices in 3Q will probably remain firmly in the hands of buyers."

In a nutshell, that means it's been a pretty damned good time for consumers to buy a TV and may continue to be for the rest of this summer. Until, that is, the hammer comes down and more tariffs go into effect and/or those inventories start to thin out. TrendForce analyst Eric Chiou warned that consumers might not be able to get the dirt-cheap prices on TVs this Black Friday that they've come to expect. "April to May forms the critical window for determining how to set deals for the Black Friday sales promotion at year-end, but since that window lay in a time of obscurity as to how the trade dispute would develop, brands, not knowing the effects of the tariffs on costs, found it difficult to work around promotions by marketing channels," he told me on July 30. "This may result in a smaller scale of promotion this year-end, and may even limit the extent of that promotion, affecting consumers' willingness to buy," he predicted.

"From a brand standpoint, TCL, Hisense, and other Chinese brands actively expanding their presence in overseas markets (including the U.S.) were affected by the tariffs, suffering a setback in both shipment and promotional effectiveness," he pointed out, adding: "Samsung, on the other hand, had its U.S.-bound TVs produced and put together in Mexico, and were not affected by uncertainties of the trade dispute. Add its sizeable brand strength into the equation, and we see Samsung becoming one of the few TV brands benefitting amid various interfering factors from the dispute." Best Buy CEO Hubert Joly addressed the tariff issue on the retailer's most recent earnings call in May, saying the Trump Administration "has so far done a very good job of minimizing the impact of tariffs on U.S. consumers by limiting the number of consumer products on the tariff list." He went on to note that Best Buy had been able to "minimize the impact of these tariffs by employing a number of mitigation strategies, including by buying products ahead of the tariffs being implemented and by working with our vendors."

Best Buy estimated that the U.S. List 3 of targeted products--the $200 billion list that went into effect last September--represented "only about 7 percent of our total annual cost of goods sold," and "many of the products on this list are accessories," Joly pointed out. However, the proposed List 4 is made up of many consumer products, including many electronics, he noted. Although it was "premature to speculate on the impact of further tariffs as it is unclear whether List 4 will actually be implemented, what products would ultimately be included, at what rates and when," he warned "one thing is, of course, certain, as other retailers have noted, the impact of tariffs at 25 percent will result in price increases and will be [paid] by U.S. consumers."

Continue to Page 2 for insight from the CTA, the implications for Roku, and some future forecasting...

The Consumer Technology Association (CTA), meanwhile, continued to criticize the tariffs in July, noting that consumers have already been paying higher prices for many products in the sector as a result of the tariffs, even if the items in question haven't been TVs thus far. "Although the Trump administration has paused on enacting further tariffs, U.S. workers, families and businesses are still paying billions of dollars more than they otherwise would--again proving that tariffs are nothing more than taxes," Gary Shapiro, CTA president and CEO, said in a statement July 17. He added: "The economic pain for everyday Americans and our companies will only grow, since tariffs have more than doubled on the largest list of products. While we support President Trump's effort to stop China's forced technology transfers and IP theft, this unpredictable trade policy forces American companies to absorb rising costs."

The U.S. technology industry ended up paying a 2019 record amount for Section 301 tariffs on imported Chinese products in May--a whopping $1.3 billion, "more than six times higher than May of 2018 despite a 31 percent decline in imports," CTA said, adding tariffs paid by the tech industry "likely will rise even higher in the coming months, as the latest hike to 25 percent on List 3 products didn't take effect until May 11." Tariffs on CTA-identified tech products--about 70 percent of which are on List 3--have averaged $1 billion more each month as a result of the tariff dispute, it said.

The second major unexpected result of the tariff dispute, meanwhile, has been the boost for smart TVs overall, especially Roku TVs, IHS Markit said on July 24. Smart TVs in the first quarter of 2019 accounted for 89 percent of TV shipments into North America, a record high for the region, it said, noting that represented a significant increase from 75 percent in Q1 2018. Shipments of Roku-based smart TVs represented 37 percent of the total North American smart TV market in Q1, up from 23 percent in Q4, IHS Markit said. Roku's North American market share stood out from other regions because the OS has merely an 8-percent share of smart TV shipments globally, it noted. "Ironically, U.S.-based Roku's achievement is tied to the success of Chinese television makers--companies that are among the targets of U.S. tariffs," the research company pointed out. "Fears of increased tariffs arising from the U.S./China trade dispute spurred TCL and other TV brands reliant on Chinese manufacturing to increase shipments to North America in early 2019," Paul Gray, research director at IHS Markit, said in the announcement of his company's findings. He added: "These companies hoped to build safety stocks and generate as much sales volume as possible before pricing was impacted by the tariffs. This strategy boosted sales of Chinese-made smart TVs during the quarter."

Chinese smart TVs tend to use the Roku OS, in stark contrast to more established TV brand names, including LG and Samsung, which usually use their own operating systems, IHS Markit pointed out. "The boom in Chinese TV sales put Roku at the top of the North American market for the first time since the third quarter of 2017," Gray said, noting: "Roku outstripped Samsung's Tizen and LG's webOS because of the popularity of the low-priced Chinese smart TVs. In turn, Chinese TV prices dropped due to the unforeseen consequences of the tariff threats, leading to a short plunge in pricing."

Looking ahead, IHS Markit is "working on the forecast assumption that any tariffs will be small if at all," Gray told me. But he warned: "If they are at the 28 percent level, then all bets are off."

The industry "clearly over-shipped to build inventory" in Q4 2018 and Q1 2019, he said, predicting that if tariffs go ahead, the inventory is "trickled out and we then see a subsequent quietening of the market as demand falls, both from a lack of promotion and rising prices." But, if tariffs don't go full speed ahead, "there will be a lull in shipments as inventory is corrected," he said, adding: "Shipments will fall although sell-out would be similar. Already, some promotions will have been lost as nobody would be prepared to commit (retailers to plan them and TV vendors to make supply contracts at fixed prices). Out of all this to-and-fro: I would expect a reduction in Roku's share later in the year due to these inventory moves." Publisher's Note:
Since this article was written, the Fed lowered interest rates for the first time since 2008, which some pundits blamed on an overall slowing economy. Fed Chairman Jerome Powell said the cut to the lending rate was a "mid-cycle adjustment" as opposed to a rate cutting cycle.

The Dow Index finished the day down significantly despite trading at near all-time highs. The U.S. economy has been growing for the longest period in our country's history (121 months since June 2009, which breaks the previous record run from March 1991 to March 2001), and the ongoing trade battle with China is creating uncertainty in the market. More and more electronics companies are moving their manufacturing from China to other Asian countries like Vietnam and Taiwan (and even Mexico, as mentioned above) to offset risk.