Bred in audiophilia and self-taught, Eric Alexander has achieved numerous successes. None more important than Alexander's current company, Tekton Design's, whose success has been hard fought and earned. 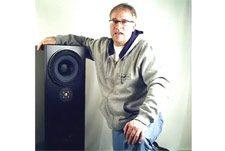 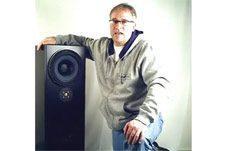 While his origins in this hobby may not be altogether unique, Eric Alexander’s path to audiophile prominence is anything but conventional. A young boy who grew up listening to music dreaming of someday designing speakers of his own, Alexander is the president and lead designer at Tekton Designs, an Internet-direct loudspeaker company based in Utah. Alexander’s grandfather was a master carpenter, so Alexander learned to work with his hands at a young age. Along with his affinity for building things, Alexander loved all things involving music; he considered himself an audiophile as early as age nine and was a musician in his own right shortly thereafter.

At the age of fourteen, convinced he could do it better than the mainstream companies, Alexander built his first pair of loudspeakers. At the age of twenty, he owned his own car audio business, which was not only hugely profitable, but also award-winning, taking home the World Championship in 1999. It was during this time that Alexander moonlighted as a semi-pro musician, honing his performance skills as well as his ear.

Seeking a new adventure, Alexander sold his car audio business and, through a mutual friend, Zu Audio’s Sean Casey, met audiophile heavyweight Ray Kimber. Alexander invited Kimber over to his studio for a listen to one of his new speaker designs, a design, that as Alexander tells it, “floored Ray Kimber.” It wasn’t long before Alexander, Casey and Kimber went into business together, forming DiAural, named after the trio’s new crossover design. It was during his tenure at DiAural that Alexander’s efforts were brought to the attention of then-newcomer Aperion Audio. Not one to miss out on a golden opportunity, Alexander left DiAural to join Aperion as their loudspeaker engineer. All of Aperion’s early works were Alexander designs and many of Aperion’s products today owe their lineage to his technical knowhow. However, Alexander’s time with Aperion was short, spanning only a year, after which he joined up with SoundTube Entertainment, Utah’s largest speaker company specializing in professional and commercial applications.

A few years later, Alexander’s time with SoundTube had come to an end. With the confidence built over years of hard work and expertise in the speaker design and manufacturing industries, Alexander formed Tekton Design in 2006. With some outside investment capital, Alexander designed what he thought would set the audiophile world ablaze. It came in the form of a pair of $45,000 loudspeakers, which won numerous awards at the 2006 CES Show but failed to connect with customers or dealers. Facing financial ruin, Alexander rebooted and re-launched Tekton Design in 2007, this time with more affordable designs on his mind. Then, in 2008, the economy crashed.

Rather than look for outside funding Alexander decided to weather the storm the only way he knew how, by going it alone. So from 2008 to 2011, he personally designed, built and shipped every pair of speakers Tekton Design made, never building more than he could sell and never designing something new that he couldn’t finance off the profits of what he sold. In other words, he became self-sustaining and self-sufficient, and customers began to take note. It was during this time that Tekton Design began to build a small but loyal customer and fan base, for unlike the big conglomerates owned by venture capitalists, Tekton Design was the very epitome of a Main Street small business, and business was booming. With an emphasis on value and strong word of mouth, Tekton Design began to grow, so much so that, in 2011, three years after the economic collapse that consumed many in the audiophile community, Tekton Design was hiring. Among the first to be hired was a young man skilled at woodwork, who Alexander trained to make cabinets for him by hand. However, the good times wouldn’t last, for shortly after completing his training, Tekton Design’s newest (and only) employee was murdered.

Beside himself with grief, Alexander mustered up the will to move on, only to fall to injury himself late in 2011. Sidelined and unable to fulfill orders, Alexander contemplated stopping altogether, for 2011 had been among the most trying years of his life. However, in the winter of 2011 and early spring of 2012, Alexander returned to full strength and was cleared to work again. He found a ready and waiting community of audiophiles eager to get their hands on his latest creations, among them a new $2,500 per pair flagship loudspeaker dubbed the Pendragon, which Alexander had been developing off and on for years. Knowing he could no longer do it alone, Alexander hired a team of talented individuals to assist him, including a former Boeing employee, a father-son craftsman team and a couple of master painters from a nearby ultra-high-end speaker company. Today finds Tekton Design on the road to success, with the company now able to make and ship two to three pairs of speakers per day without having to sacrifice any of Alexander’s original ideals. Not bad for a company that is completely self-financed, sells direct to the consumer, has zero marketing budget and makes 100 percent of their product right here in the U.S., using American labor.