The sale of counterfeit consumer electronics products is a long-standing problem, especially in the headphone category. Jeff Berman discusses how some major headphone manufacturers are fighting back. 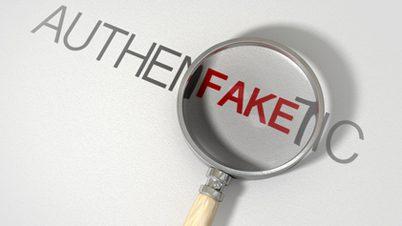 It’s 2:00 a.m., and you’re searching online for a pair of headphones and find a brand-name product–Beats or Monster, let’s say–that fits the bill at a dirt-cheap price. Great, you think. Why wait until 10:00 a.m. to schlep over to the nearest Best Buy to buy the same pair of headphones at a much higher price?

Well, in many cases, you would actually be better off waiting a few hours and paying the higher price. Why? Because that great deal could be a counterfeit. Although counterfeit CE products may not be as much of an issue as they were a couple of years ago, there remain plenty of imitation products on the market, especially online. If you buy a pair of headphones online that are supposedly made by Beats but only cost $75 instead of the usual $200, they could be knockoffs…and you could be out of luck if they don’t work or, even worse, go up in flames and set your hair on fire.

Audio-Technica’s Counterfeit Battle
If the price seems too good to be true, it likely is too good to be true, says Kurt Van Scoy, product manager-consumer products at Audio-Technica, a manufacturer that has been fighting against the problem of counterfeit headphones for several years. “Typically, if the price is half of what our MSRP [is] or what it’s being sold” for through an authorized retailer’s website, “you can pretty well be assured that it’s not an authentic product.”

Specifically for Audio-Technica, there have been counterfeiting problems with various headphone models, but “it’s been generally centered toward some of our better-selling models,” be it in the U.S. or other countries, including Japan, said Van Scoy. “Typically it was the higher-priced products. It’s never entry models or lower-priced models,” he said. Typically the Audio-Technica headphones that were targeted by counterfeiters were models that sold from about $100 to $400. About 12 of the company’s models have been targeted by counterfeiters over the past five to 10 years, he said.

The problem isn’t as significant today for Audio-Technica as it was a few years ago because counterfeiters have largely “set their sights on” headphones from Beats and Bose, said Van Scoy. The huge popularity of Beats, in particular, “has taken some heat away from us.” Beats didn’t respond to a request for comment, and Bose declined to be interviewed on the subject.

What also helped fight the counterfeiting problem for Audio-Technica was working with other CE manufacturers and governments domestically and abroad to combat counterfeiters. “It’s very difficult, and it’s very time-consuming and very costly to” shut down factories making counterfeit products. That’s why working with others to fight the problem has been more effective than fighting counterfeiters alone, said Van Scoy. “Typically what we found early on when we’ve identified the factories [was] it’s not just been our headphones that they’re producing, but a lot of our competitors'” products also. Most of the factories producing counterfeit headphones have been in China, but counterfeit Audio-Technica products were also found in Malaysia. The manufacturer never found any evidence that its own factories were producing counterfeit products, he said.

The company’s counterfeit problems were especially evident on certain headphone models that remained in Audio-Technica’s product line for a few years, said Van Scoy. Products with a “longer life cycle” are “typically the ones that the counterfeiters look at,” he said. But Audio-Technica has made several “drastic changes” with its popular headphones in the past two years, and those changes have made it somewhat harder for counterfeiters to “keep up” with the way its products look, he explained.

Audio-Technica had a “continual problem” with one headphone model through the first half of 2015: the ATH-ESW9A portable wooden headphones, which had been in its line for several years. It was sold by authorized retailers for about $349 to $399, while counterfeit versions of it were sold online at about $75 to $100. Several consumers contacted Audio-Technica to find out if those cheap headphones were the real McCoy, and the manufacturer suggested that they only buy from authorized dealers, warning that the company would not perform any services for counterfeit products. That model was discontinued and replaced by a similar model–the $349 ESW990H, introduced at CES in January–with design and style changes. Audio-Technica hasn’t found any counterfeit versions of the new model yet, Van Scoy said. The changes would force counterfeiters to “retool” their knockoffs significantly to match the new model, which requires increased cost on the part of counterfeiters to make the needed changes.

There was also an ongoing counterfeiting problem with the $179 ATH-ES7 on-ear headphones, said Van Scoy, telling us that Audio-Technica found two factories that were making knockoffs of that popular model. That model was also discontinued, and the manufacturer shipped a replacement ES770H that was also introduced at CES this year. The ES770H features a completely different finish and new components, and there haven’t been any counterfeit versions of that new model either.

Audio-Technica still sees about two to five counterfeit products a month being sent to it for service work, although there are some months in which it doesn’t get any. The problem products continue to all come from sales via unauthorized online retailers.

It’s hard to put a dollar figure on the cost that counterfeiting has had on Audio-Technica, said Van Scoy. Aside from money, there is an additional potential cost to a manufacturer as a result of knockoff products: If a customer buys a counterfeit item and it stops working, that consumer may not even realize it’s a knockoff and assume that the manufacturer whose name is on it makes second-rate products. There is also the potential for a customer becoming annoyed with a company when it refuses to service a defective counterfeit product. To try and counter that, Audio-Technica will often try to provide customers stuck with a defective knockoff an authentic product to replace it at a reduced cost, said Van Scoy. 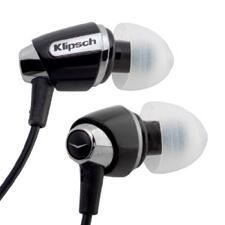 Improvements for Klipsch
The counterfeiting problem has significantly improved for Klipsch, said Tom Gospel, vice president of program management for headphones. The company has been in the headphone business for about 10 years. Its S4 series of products, priced about $79 to $99, became especially popular, and Klipsch started receiving calls from consumers who said that their S4 headphones didn’t sound quite right. A few of the units that were sent to its service department for repairs looked like S4 units, but “there were several telltale signs that they weren’t ours,” he said. To fight the counterfeit problem, it worked with U.S. customs officials to better identify counterfeit products, and several knockoffs were seized upon entering the U.S.

As was the case with Audio-Technica, all of the counterfeit Klipsch headphones were sold online, including one that was sold by a college student out of his garage, said Gospel.

The counterfeiting problem has “gotten considerably better” for Klipsch since its many efforts were initiated, and no counterfeit Klipsch items have been found this year, said Gospel. As with Audio-Techica, what helped considerably was the decision to change the design of popular products more often. That made it more difficult and costly for counterfeiters to keep up with making knockoffs of Klipsch products, he said. “Tooling costs could be tens of thousands of dollars” for counterfeiters to make changes, he said.

The Battle Goes On
Not all manufacturers have seen a significant improvement in the counterfeiting problem. “It’s still basically the same. Not a whole lot has changed,” said Dave Tognotti, a senior advisor to Monster. “There’s still an awful lot of counterfeits being sold online,” including by third-party sellers on the websites of Amazon and Alibaba. Counterfeiters are becoming more “sophisticated” now–like creating multiple false identities within online marketplaces, he explained. But it helps that consumers are “becoming a lot more savvy” about how they shop online and are more apt to avoid counterfeit products than in the past. However, “consumers are still getting duped and buying counterfeit goods, primarily online,” but also at flea markets and other locations offline, he said.

Some online retailers are more responsive to counterfeit problems than others, said Tognotti, who pointed to eBay as one company that has been helpful to him in the past. However, “Amazon is still difficult for everybody,” in that it can take awhile for that online retailer to remove counterfeit products from the website and ban sellers of those items. Amazon didn’t immediately respond to a request for comment.

Alibaba seems to be making efforts to better combat counterfeit products on its sites, including Taobao, a site that has been especially notorious for counterfeit products. Now that Alibaba has become a public company, “they appear to at least be taking the rights steps, but I think most brands feel they’re not moving fast enough and that they could be doing more,” said Tognotti. “I hope to see big changes from Alibaba in the future. They’re not where they need to be.” Alibaba still requires manufacturers to go through unnecessary “hurdles” before removing obvious counterfeit products from its websites.

What would help significantly is if online retailers like Alibaba, Amazon, and eBay would “gate” all products sold by third parties on their sites, explained Tognotti. That would entail Alibaba asking a manufacturer like Monster if a third-party seller is an authorized seller of Monster products before allowing that third party to sell Monster products at an Alibaba site.

Promising steps that Alibaba has taken recently include joining the International AntiCounterfeiting Coalition, a non-profit organization dedicated to combating product counterfeiting and piracy. Alibaba also named Matthew Bassiur as its vice president and head of global IP enforcement. Among other prior positions, he served as senior director, Americas Region, and counsel for intellectual property rights enforcement at Apple, where his responsibilities included developing and implementing Apple’s civil, criminal, and administrative anti-counterfeiting program.

Not Just Headphones
Of course, counterfeit electronics aren’t limited to headphones. TVs and other large devices have not traditionally been counterfeited to large degrees because of the many components used in them, their size, and the costs involved in trying to duplicate them. However, batteries and other small electronic accessories have been popular targets for counterfeiters, and they continue to be, according to Canon–which continues to take steps to thwart counterfeiters, including through education and enforcement, “in the hope that the public will reject price in favor of safety and legitimate quality,” the company said.

If the loss of a few bucks isn’t the greatest incentive for consumers to avoid counterfeit products they come across online, perhaps it’s the issue of safety that will convince more people to avoid questionable products being sold on the cheap. Counterfeiters are “putting the public at risk,” said Canon.

Unfortunately, unless there’s a series of deadly accidents involving counterfeit electronics, it’s likely that counterfeiters will continue to thrive, thanks to the two biggest factors that allow e-commerce to thrive: convenience and the lure of dirt-cheap pricing.