The Beatles Arrive on iTunes

The Beatles Arrive on iTunes

Given the prominence of the Beatles in modern music, one would have imagined the band would have made it to iTunes long ago. Then again, given the legal wrangling that has often surrounded the Fab Four, it's great that it hasn't taken longer. 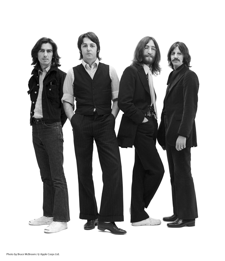 Apple Corps, EMI, and Apple - the computer company - announced that the Beatles are now available for the first time on the iTunes Store. As of November 16, 2010, the band's 13 remastered studio albums with iTunes LPs, the two-volume "Past Masters" compilation, and the classic "Red" and "Blue" collections are available for purchase and download on iTunes worldwide as either albums or individual songs. Also, fans can also get a special digital "Beatles Box Set" featuring the "Live at the Washington Coliseum, 1964" concert film, an iTunes exclusive which captures the Beatles' very first US concert.

"We're really excited to bring the Beatles' music to iTunes," said Sir Paul McCartney. "It's fantastic to see the songs we originally released on vinyl receive as much love in the digital world as they did the first time around."

"I am particularly glad to no longer be asked when the Beatles are coming to iTunes," said Ringo Starr. "At last, if you want it - you can get it now - The Beatles from Liverpool to now! Peace and Love, Ringo."

Each of the Beatles' 13 remastered studio albums, including "Sgt. Pepper's Lonely Hearts Club Band," "Revolver," "The Beatles [The White Album]," and "Abbey Road," include iTunes LPs, which is designed to create an immersive album experience with expanded visual features including a unique mini-documentary about the creation of each album.

Single albums are available for purchase and download for $12.99 each, double albums for $19.99 each and individual songs for $1.29 each.

The special digital "Beatles Box Set" ($149) contains the 13 remastered studio ablums with iTunes LPs and all mini-documentaries, "Past Masters," and the "Live at the Washington Coliseum, 1964" concert film. In addition, Beatles fans can stream and view the concert film from iTunes for free for the remainder of the year.