The Case for and Against Alexa/Google/Apple Voice Control

The Case for and Against Alexa/Google/Apple Voice Control

Voice control--whether it be by way of a home automation system or direct device control--is one of the biggest innovations to hit the specialty AV space, perhaps ever. Literally, Dick Tracy-like control of your home, shopping, and so much more... 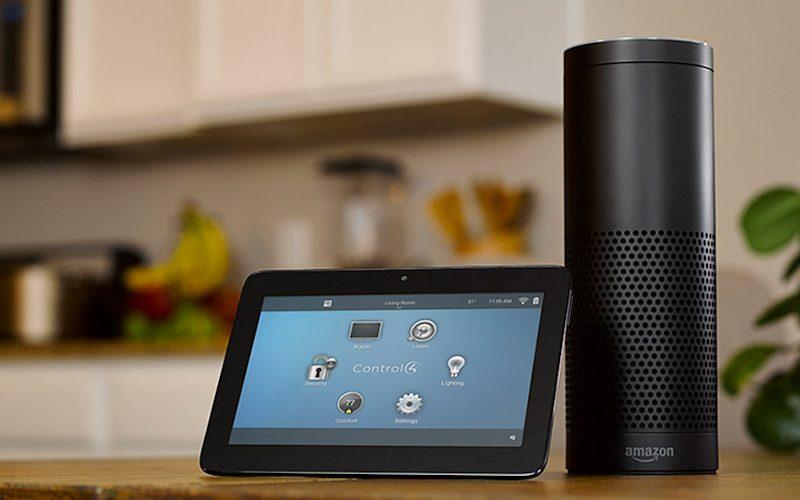 Voice control--whether it be by way of a home automation system or direct device control--is one of the biggest innovations to hit the specialty AV space, perhaps ever. Literally, Dick Tracy-like control of your home, shopping, and so much more is available at pretty much at any vocal whim, by way of Amazon Alexa, Google Home Assistant, Apple's Siri, and other similar platforms. The idea that the spoken word can make your technology jump through hoops on-demand is a total game-changer. At the current insanely low prices, voice-controlled products are only gaining more and more market share. Many consumers can't imagine living without voice controlled IoT products and the same goes with many on our review staff. Others, like myself, are a little more concerned on a number of levels. Here's the case for and against voice-controlled AV and automation products.

The Case for Voice Control of Your Home and AV Gear


The convenience of simply saying what you are thinking and having your technology reliably react is over-the-top cool. Five years ago, this was seemingly unthinkable technology (or, at the very least, it was unthinkably expensive), and today it comes in a $50 Dot or on a watch (Dick Tracy reference again) or built-into your speakers. Your ability to stay organized, stay efficient in your work day, be more energy savvy, save water, enjoy your music, curate your moves, and beyond is at new levels of high-control.

The ease of installation of these devices are basically idiot proof. Simply buy them, plug them into the wall, connect to your Wi-Fi, and start yapping at them. If you have compatible smart home devices, you can then run a quick scan for them and decide what gets voice controlled and what doesn't. It is that easy. Imagine how many people would have Crestron or Control4 systems if they were this easy and affordable to install? Traditional home automation costs many, many, many times more and is infinitely more complex to install. Of course, professional home automation is more powerful, more customizable, and pretty much bespoke for your home, but IoT voice-controlled products get you a lot of the big-boy control system effect for a tiny fraction of the price.

The Internet of Things (IoT) makes the concept of "smart home" a reality for not just one-percenters but now a more mainstream, Home Depot crowd, who can enjoy tricks that used to cost $25,000 for more like $25. Affordable light bulbs now with work fantastically with voice control. Mainstream HVAC controllers from Best Buy or Lowes do it all via voice command. Shades, appliances, and other goodies all can work in conjunction with your controller to make your home feel like The Jetsons on a Flintstones budget. On both an overall simplicity level as well as on a cost basis, voice activation has so much to offer consumers and millions upon millions are jumping in to the smart home IoT game as a result.

When it comes to entertainment, voice control makes enjoying your music a whole other experience. Simply bark out what you want to hear and voila: the songs start rolling out of your speakers. And your streaming service can learn your preferences so that from just a few songs (and no computer needed to start the process) you can create a new smart playlist that is curated by your own tastes right from your vocal commands. Hell, you don't even have to know the name of the song you want to hear. Got an earworm stuck in your head and can't remember more than a few lines of the chorus? Sing those few lines to Alexa and she'll cue up the song in question straight from Spotify or your streaming music service of choice. It is all pretty impressive, especially the first time you see a voice activated system in action.

The Case Against Voice Control of Your Home and AV Gear
Anyone who watches the news or reads the Internet is aware of the concept of big data, be it Facebook recklessly capturing and then clandestinely selling specific information to marketers or even countries dead-set on changing the way of life in these here United States. Mark Zuckerberg will get up in front of Congress and plead that his company is doing everything it can to protect the privacy of their users, despite the facts showing over and over again that such companies don't. Mark, I've got two words for you buddy: Cambridge Analytica.

Simply put, companies like Facebook can't (or shouldn't) be trusted. Now, with that said, some people in the tech world suggest that the biggest listening device in your house is your smartphone, especially if you have the Facebook app open. How many of us have said something in conversation like, "I think we want to go to Cabo," only to then see programmatic marketing banner ads show up an hour later with flight and hotel offers? I've seen it. I bet you have too. With that said, I am not getting rid of my iPhone, but I do keep the Facebook app set to "off," and have many of my conversations away from my cell phone during the day.

And Facebook isn't the only culprit in the big data game. One of the main factors as to why IoT voice-controlled products are so close to free in terms of price is that the data that they collect is invaluable, and the opening up of the home to become a voice-activated store is just too tempting for e-tailers to pass up. Perhaps I sound paranoid here, but how many times do we see hackers working to steal personal information? Now they have the potential to listen in to our conversations and use our own words against us.

A hypothetical example one HomeTheaterReview.com writer mentioned to me was the fact that he plays an unfortunately named type of 3D puzzle called "Isis." Yes, the puzzle (much like an AV firm here in Los Angeles) shares a name with the evil terrorist organization. He simply doesn't want his tricked-out home control system listening in on him so that some government agency can find out that he uses the word "ISIS" more than anyone near him, turning him into some sort of sleeper cell suspect and putting him on some kind of draconian watchlist. Once again, you might argue that he too is paranoid and that big brother isn't listening, but when your devices are actually, potentially capable of listening all the time, that sort of paranoia might be justified.

Screen time is a big issue with parents today. Some super-hippies don't let their kids watch TV at all, which is pretty harsh. More moderate parents like my wife and I aspire to be mindful of limiting the time our son watches TV, which I think more of you can relate to. When it comes to IoT voice control, I don't think there is a more capable demographic of making the most out of said technology than kids. Tablet, iPhones, remotes, and seemingly anything technological gets figured out in short order by our son. At this point we still have some control over the television, as he can't (and isn't allowed to) control the TVs in the house via our Crestron remotes. With voice activation he could easily tune into Fairly Odd Parents without having to press a button. Screeching, cracked-out, too-high-energy kids shows with infinite volume of content. For now, things are better with my wife and I controlling the television. Amped-up Nickelodeon shows are a treat more than a meal.

The solution to that is simply to not give Alexa voice-control access to my Crestron system, or at least not the video gear that it controls. That's easy enough to do. Then again, going that route limits the appeal of voice control in the first place.

In the end I am not sure there is much we can do to stop or avoid the voice-controlled world that we now live in. It is important to look at how you want to live with your technology in your home and beyond. New technology that helps you live better is always a good thing. New technology that exists just because it is exciting and new isn't nearly as valuable. More and more devices will be coming with better controls for limiting their use so that you get just what you want from your smart home, IoT, and voice-activated life. That will likely make for a happier balance in the argument for and against voice control, IoT, and beyond.

Additional Resources
• Check out our Remotes + System Control Reviews category page for more insight.
• Read The Future of Home Entertainment is Smart, Not Big at HomeTheaterReview.com.