The Complicated Choice Between Streaming and Downloading

The Complicated Choice Between Streaming and Downloading

The silver disc is clearly in its twilight years. Have you decided what your disc-less future will look like? Jerry Del Colliano discusses the current state of streaming and downloading for both music and movies. 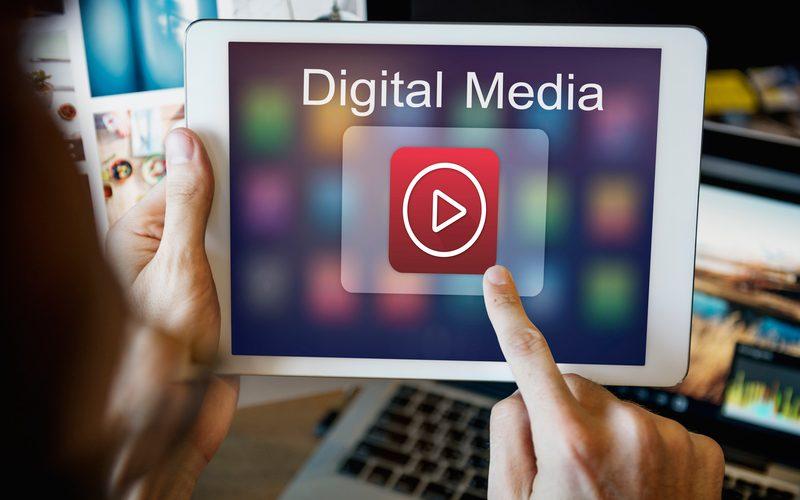 Let's just go ahead and accept that we're on our way to a disc-less future. You may not like it. I may not like it. But those little silver discs are eventually going away ... which means that streaming has won, right? Well, not so fast. I would argue that the next big battle for media dominance is between downloads "owned" by the consumer and on-demand streams that are merely rented on a monthly basis. It begs the question, what is the right way for you to consume content today?

When it comes to music, the state of streaming is pretty fantastic as of late 2017. TIDAL drops some seriously high-quality music in your lap for about $20 per month, all of which can be accessed at the drop of a hat, assuming you've got a live Internet connection. Pandora may come up short in terms of audio quality compared with TIDAL and even Spotify, but its relational database approach to "if you like X, then you possibly/probably will like Y" has practically reinvented the means by which many people discover new music.

On the other side of the digital music coin, there's an encouraging number of HD music download sites, including AIX Records, Acoustic Sounds, HDTracks.com, Primephonic.com, and others. Granted, you need more than just your phone and a wireless connection to your receiver to enjoy them, but they represent literally a bit-for-bit copy of the studio master. They aren't cheap, either. One album can cost as much a whole month of TIDAL or two months of commercial-free Pandora; but, if fidelity is all you care about, these HD files represent the best of the best, with nearly no distortion and upwards of double the dynamic range of vinyl (120 dB plus versus 65 dB).

What about movies, though? In a recent conversation with a few of HomeTheaterReview.com's writers, I asked the question, "Just how many movies do you really need in your collection?" Hollywood studios have sold us Generation X schmucks some version of Goodfellas, Fletch, and Caddyshack (the list goes on and on) over and over again, and we're likely to buy them again in UHD because they are on our personal list of must-own movies.

Just how big does that list need to be, though? When pressed, most of our writers came up with a number in the 25 to 50 range, which isn't really that many--especially compared with the number of albums that those same people said they needed immediate access to at any given time. The key takeaway here is that even pro AV writers consume music in a drastically different way than movies. Just speaking personally, I can listen to The Wall or Electric Ladyland every day of the week, while I'm unlikely to watch my absolute favorite movies, like Pulp Fiction or Goodfellas, more than once or twice per year.

Somewhat muddying the comparison between movies and music, though, is the fact that albums that are available on-demand from services like TIDAL and Spotify tend to stay there, barring some legal brouhaha or artistic hissy fit. Electric Ladyland and The Wall are on TIDAL today, and they'll probably be there next week, next year, and until the day that TIDAL closes its virtual doors. With movies, though, there's no guarantee. Pulp Fiction is streaming on Netflix right now. Goodfellas isn't. Will the former still be available to stream next year as part of my subscription? Who knows?

At the recent CEDIA 2017 event in San Diego, one of the products that I was drooling over was Kaleidescape's Strato 4K server. K-scape is well known for its very pricey and very cool DVD and Blu-ray movie servers (which also store music via ripped CDs), as well as an increasingly powerful store that allows for downloads of movies in full Blu-ray (and even UHD Blu-ray) quality, complete with object-based surround soundtracks and bonus goodies. The new Strato server comes with about six terabytes of storage and is priced right around $4,000. The nice thing about filling a Strato with downloaded content is that I don't have to worry about whether or not a certain movie is available on Netflix or Amazon Video or whichever service I use. I also don't have to find more shelf space for another disc. The downside, of course, is storage space. My older K-scape has a TON of storage (I think I am at 56 TB), but that's not as big as it sounds.

For example, I tend to hoard TV episodes. I have every episode of The Sopranos available in 1080p via Blu-ray (with the actual discs in my Blu-ray vault, which is necessary if you don't buy the content from K-scape) in every room of my house at any time. Do I need this? I absolutely don't, but I had the hard drive space at the time, so it was no big deal. However, a few months later, I bought the complete Breaking Bad Blu-ray series for $79 from Amazon through one of its tempting Gold Box specials. Like a nine-year-old ripping open Christmas presents, I tore open the box, cut the plastic, and started feeding Blu-ray discs into my K-scape, which slowly gulped down discs until it threw up on me. As it turns out, I had used up my gigantic volume of storage space well before I got to the epic last scene of Breaking Bad. Oops.

This is when I first realized that I really don't need to have literally every TV show, over 2,000 movies, and 1,500 CDs stored on my system. Yes, I have bought one or two more hard drives from K-scape (they are pretty expensive), but I've also paid more attention to what I want and need to own, digitally speaking. When I get a Strato server to go with my current K-scape rig (yes, it's a when, not an if), I plan to be more judicious with how many 4K titles I store. Kalidescape was generous with the price to upgrade movies that you own from DVD to Blu-ray quality. You could upgrade for as little as $3 or $4 at the time. I did a lot of that kind of upgrading at first because I had the storage space, but do I really need to own every movie that I've ever purchased in the highest quality format? No.

Everyone is different in the way they consume music, movies, and TV. How do you watch movies now? Are you like our HomeTheaterEquipment.com forum buddy David Vaughn, who has about the biggest collection of Blu-ray discs (and now UHD Blu-ray discs) that I've ever seen, or do you prefer the convenience of a streaming video service? Do you use a NAS drive to store CD-quality and/or hi-res audio files? Do you use Roon, Audirvana, or some other music management software? Or is it all TIDAL all the time? Tell us in the Comments section how you consume your music and movies these days--and how you imagine that might change in the future. Has the digital media landscape changed your thoughts on what movies you need to own? Has it changed how many albums you'll pay for individually?