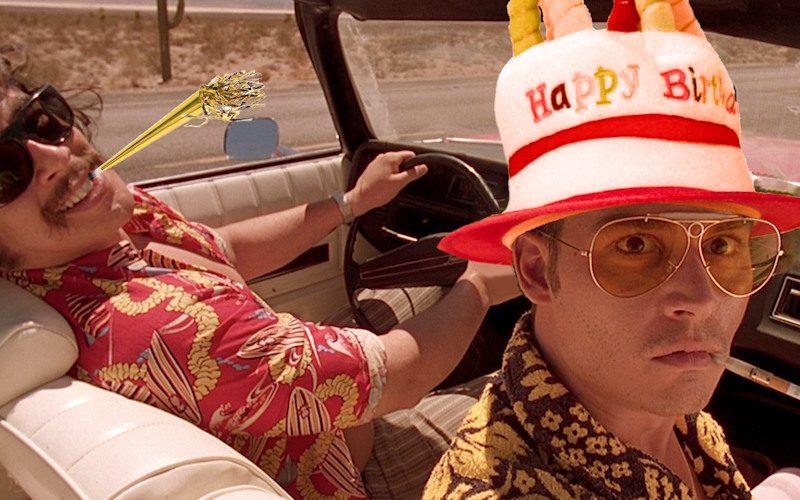 What a long, strange trip its been. HomeTheaterReview celebrates its ten year anniversary with a twisty-turny retrospective.

I will never forget selling AVRev.com, ModernHomeTheater.com, and a few others sites and URLs to a publicly traded company called Internet Brands on a fateful, leap-year day in 2008. We were coming off of the best year we’d ever had in 2007. The Blu-ray Association and the HD-DVD Consortium were having a fight, and I owned the stadium. As such, I charged them prices that I have never ever been able to get again. Sony, Pioneer, Epson, Yamaha, Vizio, Runco, and so many other clients that aren’t viable anymore (or even in business today) were on our ad roster. We literally ran out of ads to serve to readers, which is one hell of a good problem to have. It’s a problem nonetheless, but a good one.

The time it took to close the AVRev.com deal was insanely short–the sum total of nine days. They were the most nerve-wracking nine days of my life. I was emotionally ready to sell. The price being offered was good. The company seemed qualified and was playing a game of Hungry Hungry Hippos with all manner of online publications, and I was more than willing to be eaten up.

There was no safety net on the deal, so the weekend in the middle of the transaction was the worst. I drove out to Cabazon (about 45 minutes before you get to Palm Springs on the I-10) just to listen to Howard Stern for four hours and buy some golf shirts at this wonderland outlet store. But as everyone who lives in Southern California knows, you always fuel up at the Indian reservation (Morongo, I think) gas station, which I did. I ran in to get yet another Diet Coke, and when I came out, I headed back in the direction of Los Angeles loaded with enough caffeine and Ashworth golf shirts to last for a lifetime. Problem was, I drove off with the gas pump hanging from the side of my Mercedes. What a jackass.

I backed up to my former parking spot and bashfully limped into the gigantic mini-mart with the gas pump in hand. I told the pimply-faced 17-year-old clerk what I had done and he told me to “get the hell out of here, buddy,” and that “nobody has ever actually admitted to doing such a thing.” I tried to offer to pay, but he made it seem like someone from the Tribal Council was coming down on an ATV to kick my ass and take my name, so I high-tailed it back home, embarrassed and highly distracted.

The day the wire transfer came in (that Friday) I was literally in tears of joy. No kidding, I was just blown away. Other than the day my father sold his publishing company to media conglomerate Clear Channel to settle a $100,000,000 lawsuit, I’ve never experienced a similar feeling. I had no idea what would come next, but I was 33 and pretty flush with cash, so I didn’t really care. I came home to my wife of about one year and cut my first two checks to pay off her pretty significant student loan debt. 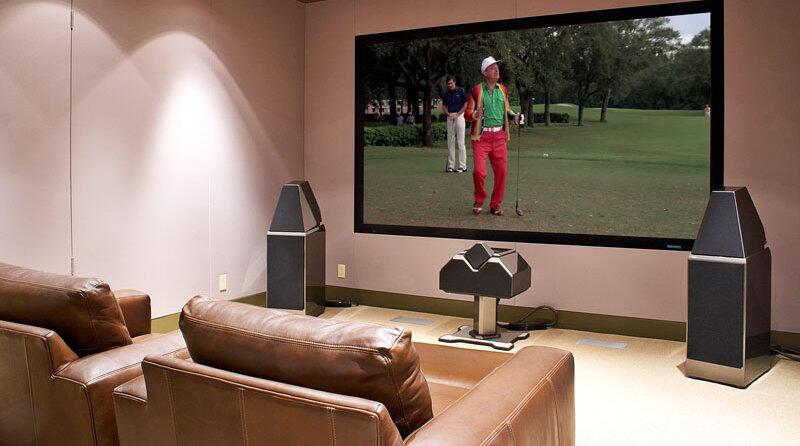 Things got weird and fast with Internet Brands. It turns out that most big companies that buy other smaller companies typically don’t play well with the founders of said smaller companies. I had been told that by media brokers, but sometimes you need to touch the plate when the waitress tells you, “this plate is hot.” I just hadn’t learned my lesson yet. I learned that lesson when IBI changed the accounting for the business in a way that made the 80 percent of the sales I needed to get to bonus laps (to use a Pole Position arcade game reference) down to about 20 percent, by changing cash accounting to accrual accounting–or maybe it was the other way around–I can’t remember, but I was hosed.

Then the AVRev.com staff started calling me. They didn’t like the fishy smell in the air. Well respected writers had been canned and told that they were being replaced by Pakistani SEO writers for pennies on the dollar (no joke). This company wasn’t used to paying for premium writers as much as forum posters who created content without cost. A sea change was under way.

The one card I had up my sleeve was that in the offer sheet for the publications was a non-compete. In the binding PAS (purchase and sale agreement) there was no such non-compete clause. I would guess it was an oversight by IBI’s over-worked lawyers but who knows. I could have sued them for what they did, but it would have looked like sour grapes after a pretty nice payday mere months earlier. Alternatively, I could go down another road (which I tried to do with executive producing the movie April Showers) or I could actually start a whole new publication and compete directly with AVRev.com.

And HomeTheaterReview.com was born. Summer of 2008. Like a hopeful Californian loaded with newly earned cash dollars, I started a new venture along with my editor, Andrew Robinson, Adrienne Maxwell, Brian Kahn, my business partner Bryan Dailey, and others. I cut a check for $400,000 to the new entity and started looking for a new URL. $20,000 got me HomeTheaterReview.com from a guy who lived down the street from my grandparents in the suburbs of Philadelphia, who in the very early 1990s bet the farm on URLs. Today, he lives on the beach on a Caribbean island. He has done well, and good for him. 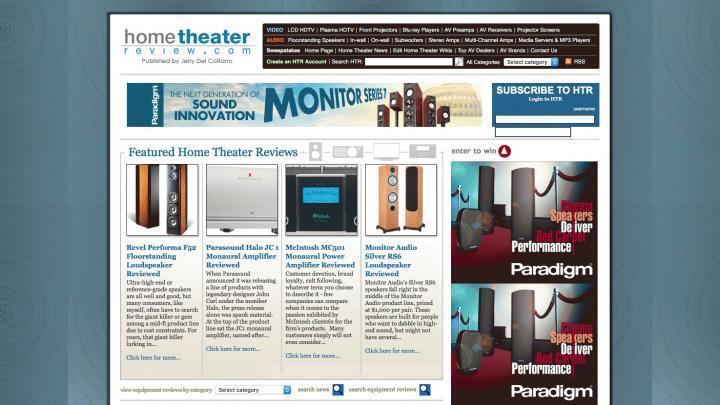 HomeTheaterReview.com had close to no readers out of the gates. We had no incoming links, which is a huge search engine powerhouse that drives organic traffic. We didn’t have an email list like the one I sold to Internet Brands. We didn’t have any reviews, either, thus no long-tail readership of legacy reviews. We really didn’t have crapola other than some smart people who knew their stuff when it comes to the best in specialty audio, audiophile products, and home theater.

So, we got started. What we couldn’t see was the absolute collapse of the U.S. economy, brought on by mortgage-backed investments on the part of the GOP and DNC’s favorite “we will bail you out, banks” outlook. And my God, it was bad. Really bad. It was a Wall Street shit-show and I was trying to sell advertising for a site with not many readers. But we soldiered on. Somehow.

By 2009, the lines were drawn in the advertising sand, and many clients came with us. What we couldn’t see was the fact that the recession had caused so many AV companies to pull back overall. They said “we need to call in our favors with you in hopes of someday doing business with you.” And let me tell you, that’s one tough business model. But we crawled out of our foxhole and started fighting.

Income was low for years post-2008. It sucked. It sucked hard, but we kept going. The point where I thought we might have lost it was in 2011, when Google’s “Panda” update came about as close as you can come to killing off HomeTheaterReview.com. My wife was pregnant and the publication went from around 375,000 readers to about 175,000. I had some really smart people (who I hope are reading this article) in the U.K. helping me, but we still couldn’t figure out what the problem was, and the ship was taking on more and more water. A few more months and we might sink.

We called in the help of an SEO guru named “TEDSTER,” who was a super-consultant active on one of the better search engine optimization forums. It turns out that he also did SEO via an agency for clients like Siemens, Boeing, the NFL, and others. We presented him with our nightmare, and thankfully he was compelled. He worked on the problem with no answer (links, user engagement, etc.–none were the problem). Ultimately, we flew him to Las Vegas at his request and he stuck a laptop in front of a super-bigwig (we owe this guy too) and he said one word. A silly word–the name of a plug-in that changed the ownership of our content to ours from a syndicator who was getting credit for our original content. Within days, the problem was solved. TEDSTER isn’t with us anymore but he literally saved the publication. He was a godsend.

In the years that have followed, we’ve striven to review each and every meaningful audiophile and home theater product out there, be it AV preamps, video projectors, flat HDTVs, top speakers, amps, and so on. We’ve found ourselves not just competing with AVRev.com, but with SoundandVision.com, and that’s cool with us, as they’ve always been a good competition.

Today, in 2018, HomeTheaterReview.com has recently been redesigned to be more mobile friendly and to provide state of the art reader engagement to our free content. Our ad sales have never recovered from the days of 2007, despite tremendous efforts, but we try our best. Gone are many of the key clients who made the 2007 numbers possible. Literally, they are gone. Runco? Sharp? Mitsubishi? There are a good two dozen more than I can’t repeat without getting sick.

The key problem is that the Asian video companies never got back to spending money. And yes, we still review their products, mainly because we owe it to you to do so, but it’s a broken business model. We’ve cut our expenses to stay viable and profitable. We are now a fully virtual, paperless company. We don’t have fancy offices in Los Angeles anymore, as we did for years and years. We cost engineer literally every part of our business so that we can offer you, the reader, free content. That’s our model and we’re sticking with it.

A recent change has been to add Amazon Affiliate links to our reviews. Here’s how it works: if you click one of our Amazon links and buy the product we’ve reviewed or mentioned in the course of a review, that helps us keep the lights on. But get this: even if you don’t buy what we’re linking to, but instead purchase something else on Amazon after following our links, we get some pennies on those sales too. This is the business model that made TheWirecutter.com worth $33,000,000 to the New York Times. We aren’t expecting it to work that well for such a niche site, but we’re barely two months into this little experiment and we can already see that the links are valuable to at least some of you. To those of you who’ve supported us via our Amazon links, we cannot thank you enough for helping to pay for our ever-growing editorial staff and editorial content.

We look forward to your feedback, as well as another 10 years of shared success. We simply can’t do it without you, and we thank you for your support, enthusiasm, and loyalty.