The demographics of AV shoppers are changing. Baby Boomers are spending less, and Millennials are reluctant to spend more. Jerry Del Colliano suggests ways for the AV industry to adapt to this sea change. 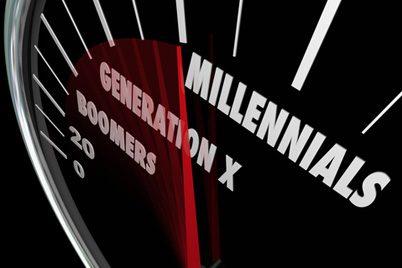 Given that I was born into a radio family, I guess it’s a sad commentary that I listen to about one hour per month of terrestrial FM radio these days. On the third Thursday of every month, I make my way across Southern California’s 405 freeway to the exotic land of Beverly Hills to get a haircut. Inside the relatively modest salon is about the shoddiest audio system you’ve ever heard, including Radio Shack Realistic brand speakers playing the once-mighty oldies station KRTH (K-Earth, as they call themselves). You can imagine what this station has played for the 20-plus years that I’ve lived in the Southland. The Temptations. The Beach Boys. Motown. A little Philly sound. Standard oldies fare. But recently I’ve noticed a huge change in their proven playlist. Gone are the classics; in their place are “oldies” that make me feel old. You might hear “Super Freak” by Rick James, Madonna hits from the 1980s, early solo Michael Jackson, The Police--in other words, music from my youth, not my parents’ youth.

I was feeling pretty old by the end of a recent haircut when it occurred to me that the audience who listens to traditional oldies is getting past their prime in terms of spending, while Gen Xers like me are reaching their peak spending years--so, of course one of the biggest radio stations in the United States had to change course. They were smart to do so.

In 2015 and 2016, I personally bought and completely remodeled a home. My kid is about to go to private school, and I travel a good bit--mostly for business but also for some family fun. Nearly all of my friends across the country who are in their early to mid forties are doing the same. My 46-year-old buddy Ben is actively shopping for a condo or co-op on the Upper West Side of Manhattan or in Park Slope Brooklyn. At 48 years old, our writer Dr. Ken Taraszka just bought a killer place in Tampa that is now being outfitted with a full Control4 system (review coming soon). My buddy Tim, at 42, just optioned a killer house with a view of all of the South Bay here in Los Angeles that he plans to tear down and outfit with all of the goodies, including a state-of-the-art Crestron 4K system (a review of my new Crestron automation system is also coming soon).

Comparatively, I look at my mom and her friends who are now in their late 60s or early 70s, and many of them are smartly downsizing. We just sold my mom’s 3,800-square-foot home in the Chestnut Hill section of Philadelphia for a more modest and manageable townhome in a nearby suburb. The family that got me started in audio in the late 1980s is looking to move into smaller digs (as long as there is a really good audio room for the father’s well-built B&W/Linn/NAIM system). Another family friend in his early 70s just sold one of his homes in Seattle, thus narrowing down his residences to Connecticut and West Palm Beach. First-world problems, I know!

The reality is, less stuff makes these people’s lives a little easier. They are free for more time with the grandkids, more travel, and beyond. It’s a good thing, but how does it affect the AV business--since the specialty AV business doesn’t know life without Baby Boomers leading the spending charge.

The specialty AV business was started by Baby Boomers with products designed by Baby Boomers sold to Baby Boomers by dealers that, to this day, are still predominantly Baby Boomers. From the rise of VHS over Betamax and the advent of the Compact Disc (1982-ish) to the real estate collapse of 2009, the specialty AV business didn’t really know hard times. We always had the cool new thing, be it Dolby 5.1 surround sound, laserdisc, early video-game systems, DVD, satellite TV, flat TVs, and so much more. With the Baby Boomers being the largest demographic in terms of size and buying power, things were good in the AV industry even when the national economy was on the fritz.

Now, though, Baby Boomers are not the largest demographic in the U.S. That title belongs to the enigmatic Millennials. The smallest demographic is my generation--Generation X--but we are at the age where we are spending at or near our highest potentials.

All of this means that a sea change is coming to the specialty AV business. Boomers are already buying less gear, and who can blame them? They’ve powered the industry for decades, but how much more performance does my dad get if he upgrades the Wilson Audio WATT-Puppy 3/2s that I got him used for $3,000 15 years ago versus a new pair of Sashas at close to 10 times the price? The paint will be nicer, and the technology is newer, but is the delta in performance worth a tenfold increase in price? Likely not, since what he’s got is pretty darn good already.

Generation Xers are buying AV gear at a good clip; but, in recent years, they have taken a liking to home automation as much as home theater. Downward pressure on price and easy access to smart automation devices has made the task of home automation a DIY project that can be accomplished for a little more than a grand for starters. Ten years ago, putting in a video doorbell system or having distributed audio in every room cost ten times more than it does today. Generation X’s spending will subside at some point, and respectfully there just aren’t enough of us to power the industry as our parent’s generation did.

This brings me to the Millennial generation. Many Millennials have bought hook-line-and-sinker into the concept that a $250,000 under-grad degree is the key to true earning power, thus leaving them with crushing student-loan debt that keeps them living at home and not buying big-ticket products. The good news is, no generation loves music and media more than Millennials. They are all comfortable with technology in ways that make Xers and Boomers look dorky…and there are a lot of Millennials to sell to. But the industry has to figure out exactly the right way to sell to them. Right now, as a group, they are behind the curve in terms of AV spending patterns, but hopefully that will improve. It’s just going to take some time (to reduce all that student-loan debt).

So what does the AV business do to prepare for said sea change? Here are a few ideas.

• Work to preserve the legacy of “cult of personality” designers, but also build a pathway to the time when these people won’t be leading the company. Ferrari is doing just fine decades after Enzo Ferrari’s passing, so it can be done. Today there are still too many audiophile companies that have their founders twisting wrenches and screwdrivers when they should be mentoring the next generation of designers. The smart companies are making the move. Transparent Audio comes to mind. Others like THIEL Audio are putting the pieces back together (very nicely, by the way) after their founder has died and left the company without a direction.

• Specialty AV companies need to spend the money it takes to license new technologies that appeal to the phone-crazy Millennials. Bluetooth is the least expensive, but there are other options like Apple’s Airplay, DTS Play-Fi, etc. It opens up specialty AV products beyond traditional buyers to hundreds of millions of smartphone and tablet customers.

• AV brands need to rethink the form factor and design of their products with a totally open mind. Millennials love to buy stuff that looks cool. An iPad is definitely cool. A Samsung Galaxy phone is cool, as well. A Sonos system or a Nest thermostat is pretty damn cool. Having big, hulking mono-block amps on the floor with cables strewn everywhere isn’t as cool. Don’t get me wrong, high-performance mono amps and really good cables can be cool, but they need to be in the proper place and looking good. Aesthetics matter more today than ever before, and that isn’t going to change in the decades to come.

• The AV brands we know and love need to look to new distribution pipelines because that tide has already turned. If a company can get its product into Magnolia (or Best Buy) and/or the Apple Store, congratulations--you are set with truly national distribution. Ten years ago, there were other alternatives--including national chains like Tweeter, Circuit City, and Ultimate Electronics. There were also meaningful regional chains like Ken Crane’s (CA), Hi-Fi House (PA), and MyerEmco (VA-DC)--but these are all out of business. Gone. Traditional brick-and-mortar dealers are great, but there are fewer and fewer of them. They often demand high profit margins, along with products being “floored” and market exclusivity, which may have been a model that worked in the past but isn’t going to work with a whole new type of buyer and an evolved marketplace.

Amazon is becoming a must-have channel, and the company is pretty friendly to AV products, even high-end ones. How many younger consumers do you know that DON’T have their credit cards already plugged into an Amazon Prime account? Catalog AV resellers also reach a large audience of buyers that cross over nationally. Internet-direct sales isn’t as scary of a concept as it used to be, especially for new business models. Lastly, opening up wider distribution channels allows for more effective PR and promotion. If people can’t find your product to buy, they likely will give up and buy elsewhere.

• Find ways to keep prices fair. Krell once made a $4,000 iPod dock with a matching $4,000 amp. Definitely a cool concept, but at $8,000 you’ve priced nearly everybody out of the market. Products packing high performance don’t have to be cheap, but they have to be fairly priced. The advertisers who follow this mantra with their ads on this network make the most sales without question.

Where do you stand on the future of specialty AV? Will it die with the Boomers, or can it evolve? What would you do to market to Millennials? How would you change products so that they meet the needs of today’s marketplace, as well as the demands of consumers in the future? Share with us below in the comments. We want to hear from you!