The Evolution of the Two-Channel Preamp

The Evolution of the Two-Channel Preamp

The two-channel preamp has been due for an overhaul for a while now and it seems that the process is beginning with several of the new products hitting the market from several of the major manufacturers. But why is it happening now? 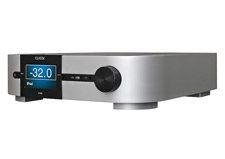 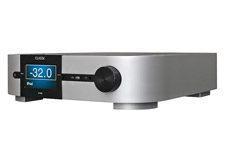 Ah preamplifiers, for better or for worse, are an integral part of any two-channel or home theater system. In the home theater realm, the preamp has evolved into a sort of super computer, full of ins and outs, as well as processing power and software. The two-channel preamp, on the other hand, has historically been a far simpler affair -less Prius and more small-block V8. Hell, many two-channel preamps still use tubes with excellent results; the same can’t be said for AV preamps.

But are two-channel preamps due for a renaissance?

If the latest crop of preamplifiers from the likes of Classé, McIntosh and NAD are any indication, it would seem that the renaissance is already well underway. Case in point: Classé’s new CP-800 two-channel preamp, with its built-in DACs, USB connectivity, onboard bass management and parametric EQ. Classé feels so strongly that the CP-800 is a departure from the norm that they bill the 800 not as a two-channel preamp, but instead as a stereo preamp processor. McIntosh is no different, for their two newest preamps, the C50 and C48, both feature built-in DACs and USB connectivity, as well as multi-band tone controls. As for the upcoming NAD, it features many if not all of the above-mentioned features found in both the Classé and McIntosh pieces, while adding HDMI audio and video to the mix. And this is only the beginning.

But why change the two-channel preamp now?

It is my belief that the two-channel preamp is evolving because it, along with those who make them, must remain current in order to stay relevant. Gone, or at least fading, are the days of enthusiasts waving their banners for “purity” and “one component, one job”; nowadays, products have to multitask. This includes two-channel products, for in order for the next generation of audiophiles to care about this hobby, the products must speak to their interests, and their interests rest squarely in the digital realm. Built-in DACs make connecting to and/or streaming from one’s digital music collection easier. Wireless connectivity allows today’s active youth to remain active while still enjoying their favorite tracks. Bass management and HDMI compatibility ensures that the new two-channel preamp won’t be left out in the cold when it comes to movie night. That’s right, I said movie night.

Home theater was great (and still is) when we all had what we thought was equity in our homes and could get loans on a whim for seemingly anything and everything, but those days are long gone. In today’s new economy, one has to be realistic, and the idea of being able to afford multiple speakers and the electronics to accommodate them (not to mention the space) may be too high a price to pay for some -hence the growing popularity behind the 2.1 or two-channel home theater movement. While none of the before-mentioned preamps will decode today’s high-resolution or uncompressed multi-channel audio formats, I assure you it won’t be long before they do. Then again, they may not have to, for a number of Blu-ray discs and DVDs already have high-res stereo tracks as standard in their audio option menus. I’m not suggesting that home theaters are about to go the way of the dinosaur, but there will definitely be some overlap – overlap that would’ve killed previous generations of audiophiles.