The Good, the Bad, and the Ugly of AV Customer Service

The Good, the Bad, and the Ugly of AV Customer Service

Uber has one thing figured out that some AV companies desperately need to learn: good customer service can make all the difference in the world. 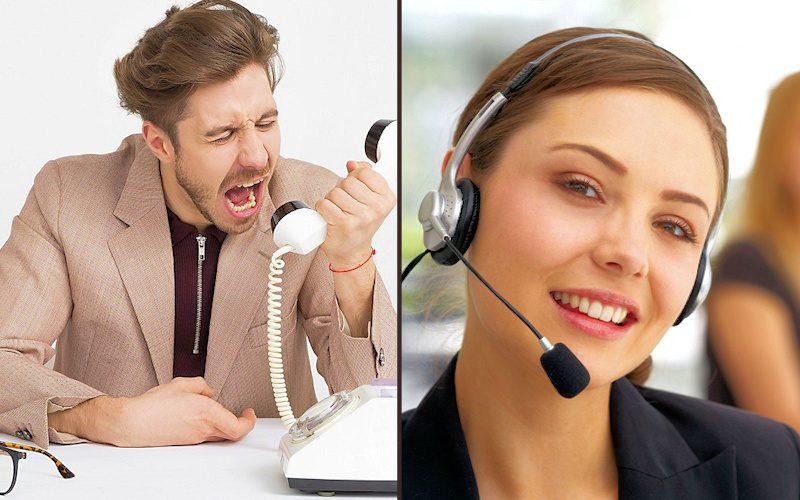 For the last two months, my seven-year-old son and I have been playing Pokémon Go on my phone. The goal is to give my son some positive reinforcement towards learning to read, which we are working over this summer, including a special program at Santa Monica City College, along with twice weekly Kumon classes. With the addictive power of Pokémon Go (and yes, for the record, I am fully hooked now, too), I can inspire him to read increasingly challenging books to prepare for second grade, where the kids are expected to now read "chapter books."

Last night, we went into tourist-packed Downtown Santa Monica, because the creators of the game gave everyone a unique chance to hunt down one of the most sought-after, legendary characters for a period of three hours as a thank you for the global community meeting some collective Pokémon goal that I honestly don't fully understand. The opportunity to catch not just one of these high-value characters but the super-rare "shiny" versions doesn't come along often. The experience points that you can collect, especially when activating a tool such as a Lucky Egg, are unlike any time we've ever experienced. My son and I were both kids in a candy shop, running from one "gym" to another to move up in the Poke-world and catch more of these high-powered mons. About two hours into the Sunday night mania, we stopped by California Pizza Kitchen for a much-needed break. The Poke-action was still very much ongoing, but we had done seven five-star battles and needed some quick refreshment and nourishment. After my son wolfed down his mac-and-cheese, he wanted to go back at it for an eighth battle. The closest gym was at the Catholic church about six blocks in the wrong direction from where we parked, so I did what any tired and somewhat lazy dad would do: I summoned an Uber Black.

Thanks to the magic of the all-powerful Uber app, I could see that a black 7-series BMW was four minutes away and we had 23 minutes left to do one more fight, which we likely could do from the car and then drive back our car. The countdown was on as we stood at the valet until the car was "0 minutes" away. I texted the driver, who has an impressive 4.92 (out of five) star rating but heard nothing. Time kept clicking by and we were in a rush, so I called her and got no answer. I texted again for another ten minutes, but no car arrived. This has never, ever happened to me with Uber, and we ultimately gave up and hoofed it back to our car feeling pretty satisfied that we made it to level 30 of Pokémon Go in a mere two months, but somewhat disappointed that we got hosed by Uber. Minutes later, when we got back to our condo, I got a notice thanking me for the ride and charging my card for $99.50! It didn't take me long to call Uber. The experience of dealing with Uber was just fantastic. Right on the app, they have a spot for "premium service," which I called, entered my cell phone number (which was needed for my account), and got someone named Andrew on the phone. He was an extraordinarily upbeat and polite person who was also very well spoken. He carefully listened to details of the situation but never reverted to some pre-written script where he apologizes for something that he didn't do. He asked me to give him three minutes to resolve the issue, and I asked him if he would let me go and just email me later when there was time. The refund was posted in less than 60 seconds, and he emailed me back letting me know that this wasn't going to be a problem again. Before I hung up with him, I told him how much I like Uber (especially their Black service) and that I am still very loyal to the firm. I just wanted my $100 bill back from a ride that never came.

Comparing this experience in customer service excellence with DirecTV is a study in polar opposites. I recently had to re-order my DirecTV service, but then had to cancel the installation date as we didn't close on time for our new house. This is a pretty simple request, right? Just cancel the installation for tomorrow and I will call you back when I am ready for you in a few days, right? Nope. Nope. Nope. AT&T, the all-American company, has outsourced its customer service to India, and while I have nothing against India, the people that I spoke with on three different calls were basically unintelligible (to me) because of their unconventional syntax. My first call, which I archived the details of, was to cancel the appointment, and they just couldn't get it right. I learned this as they called again to confirm that they would be there in an hour (late from the original time window) and I got more poor quality, outsourced customer service.

They asked me for the recently set up security code and code words, which I remembered vividly as I set them up just a week ago. "No, no, no..." they told me over and over. Running out of time, I had to inform them once again that nobody would be there to let them in today or any day in the next few, and that I would call back when I was ready. The the next customer service genius insisted in actually canceling my entire service, which I spent significant time setting up with them last week on the phone. I agreed and basically yelled obscenities at the guy on the phone to see what the script said to do, as I was both curious and frustrated. Eventually, they hung up on me but it was somehow worth it because of the stupidity of a company simply walking a customer, billed monthly on a credit card for a pretty solid TV bill, out the door. Anyone know Dish Network's number?

There are so many other examples of bad customer service in specialty AV, especially as you get into the bigger companies. I spent literally four-and-a-half hours on the phone with Frontier in a single day trying to get their long-distance phone service to work on their VOIP. It never did. They then billed me for the next two months, causing me to have to call them four times, including as recently as yesterday for a $9 charge on an account that I canceled fully after three days of service.

There is a lesson to be learned out there for high end and specialty AV companies. Great customer service will never go out of style. I can think of some really positive examples from our industry, such as Wilson Audio gladly sending out new speaker grills for their aging, legacy speakers to clients who ask. I know of a few companies who will work with customers on their room acoustics if they buy their speakers, and they don't charge a penny for it. Orb Audio, an online speaker retailer, offers specific support for products that they make, as well as ones that they don't. If you buy something like a Denon receiver from them, they additionally send a quick setup guide so that you can be up and running in mere minutes after the FedEx or UPS guy drops off your gear.

I know of AV dealers around the country who go out of their way to schedule checkup appointments (like a doctor) every six months to make sure that their clients' systems are up to date in terms of firmware. Other dealers I know in the audiophile space allow their clients to upgrade their components for 100 percent trade-in value towards a product of a higher price. Good customer service is out there in the specialty AV business if you look hard enough for it. Specialty AV needs to come with a feeling of actually being special as the client. Uber gets this. There is specific value to making a client feel genuinely wanted and there is little to no value to having someone who reads from a script and just pisses off even the most liberal of Americans with their inability to communicate. I wonder if the bean counters at these billion-dollar technology conglomerates will ever understand this concept? Some of the credit card companies answer the phone with, "Hi, this is Jenny in Tampa, Florida: how can I help you today?" That is refreshing to hear. Perhaps, the satellite and cable companies will someday follow suit.