The Importance of Good AV Support

The Importance of Good AV Support

Every instance of bad customer service and support hurts our entire industry, says Jerry Del Colliano, who discusses some of the simple ways that AV dealers can build customer loyalty. 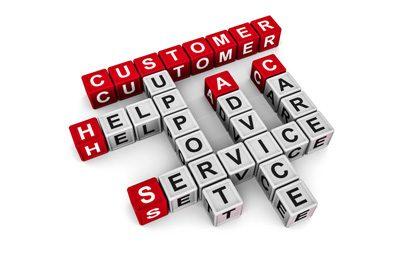 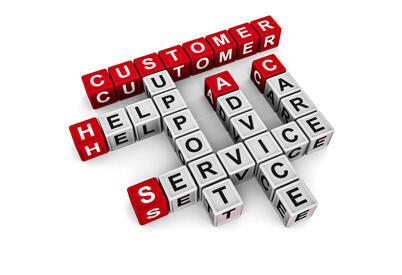 As an avid armature golfer, I meet people from all over the world who have a common addiction. Often when playing a round that can take a good four hours, the topic of “what do you do for a living” comes up. When I tell people what I do and about HomeTheaterReview.com as a publication, I sometimes get an explosive response, such as: “I got one of those F***ING Crestrons,” or “screw my dealer–I’ll never work with him/her again.” Such venom from consumers really is a black eye for this industry that we’re all so passionate about–it hurts us in the present, but it also doesn’t bode well for the future. People who have the money to buy the good stuff can buy other good stuff that causes them less grief…and if they’re treated wrong, that’s just what they’ll do. Mark Levinson doesn’t compete with Krell as much as it competes with The Four Seasons hotel or a Patek Philippe watch or season tickets on the 50-yard line for someone’s favorite team.

Recently, I was hosted at a local country club for a Thursday afternoon round, and my host–who owns an incredible home–asked me, “What do you know about Savant?” Well, I know the former PR guy, and the local factory rep is someone I’ve known for the better part of 20 years. However, I know more about Control4 products and even more about Crestron, which is the system that I used in my home. It turns out that Bob, my host, had one of Los Angeles’ absolute best AV installation firms sell and program a Savant system for his recently built home. Unfortunately, the firm has decided to no longer sell Savant, and now it won’t service the product. When Bob had another firm upgrade him to the new version of the current Savant software, the entire system went crazy to the point where they had to revert back to generation 1 software.

With my one-degree-of-separation contacts with Savant, I was able to quickly find him a top-level firm to take over the project, so Bob is happy. Savant is also happy, as the company absolutely doesn’t want Bob to be anything but in love with his system, and it acted swiftly to make things right. The issue at hand is the idea that a guy like Bob shouldn’t get disenfranchised by his installer within only a few years of making such a meaningful investment. They sold him the system, and they should reasonably support it or outsource the support to a trustworthy secondary firm. Thankfully, we got Bob back on track quickly.

Truly fantastic support is one of the best added values that a retailer or installer can offer. When a client gets mad at a component or system, more often than not it’s not really the equipment that’s the problem–it’s the installation and programming. I’ve seen some horribly programmed home automation systems, and I’ve seen some stunning ones–all running on the same platform.

Online retailers know that they have to offer excellent customer service to retain their current clients and to keep their online reputation in order. What online retailers struggle to deliver is the in-person hand holding that many complex systems need. I know of one higher-end installer in the Los Angeles area that has hired a person making nearly $100,000 per year simply to manage their installed systems. He checks in every three months with the clients. He changes batteries, tests the systems all around the house, and addresses any issues the client has. And he bills for it, too…but these clients are willing to pay $200 for a checkup every few months to know that their AV gear has the right firmware, that iOS has been updated on iTunes, and even to get another lesson on how to get Pandora to work through the whole-home music system.

What’s even more encouraging is that his actions are inspiring clients to upgrade, thus he’s more than making up for his salary with new equipment sales and upgrades. He’s upgrading older HDTVs to UHD and taking the old ones away for recycling or donation. He’s prepping people for the coming of Ultra HD Blu-ray. He demos Prima Cinema for clients who might justify investing in such a luxury. He doesn’t have to sell too many $20,000-plus movie servers to prove his worth to his boss, but even if it’s a small task that got completed, the customer is happy, and that’s what’s so important.

AV manufacturers that take really good care of their customers are rewarded with true loyalty. Beyond offering incredible products, one of the things Audio Research does that’s fantastic is that the company enthusiastically services anything and everything it has ever made in 40-plus years. I’ve experienced such treatment firsthand, and it’s hard to live without once you get a taste for such attentive service. Wilson Audio does similar work. How much does a new tweeter for a 10-year-old speaker cost? Even if the client blew it up all on his own with a 115-dB listening session, the goodwill of making sure he’s taken care of is worth well more than that tweeter.

Another good example is Transparent Audio, which has one of the most liberal trade-in programs in the specialty AV business. The company makes it not just easy but fun to upgrade your cables. They’ll go even further if you want to make a pilgrimage to Saco, Maine (go in the summer): ask nicely, and they might just play their incredible Wilson XLF-based system loaded with their best Magnum Opus cables. It’s a pretty wild experience for their customers who want to add to their ownership experience, and it’s a somewhat out-of-the-box way of adding excellent service to the hobby of audio and home theater.

There are simply too many stories of arrogant stores treating audiophile customers like dirt when they come in to experience a system. There are too many bad installations in the market. None of that helps grow our business and make the hobby more fun. The good news is that, when any of us finds a good service provider, be it a dealer or installer or even a manufacturer, we know what to do. We become repeat customers. We go out of our way to tell our friends where we got our system. Simply put, good service is hard to compete with, and it never goes out of style.

What are your AV service stories? Tell us the good along with the bad in the Comment section below. Who do you recommend for AV sales and service and why? As always, we want to hear from you.