Remember when you had to wait a year for a home video release? Today, release windows have shrunk to almost no time at all, and Brandon Eberhart wonders if this is good or bad for the movie industry. 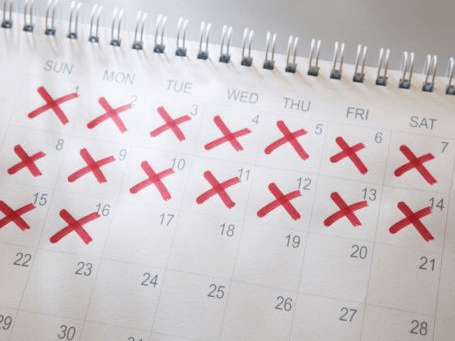 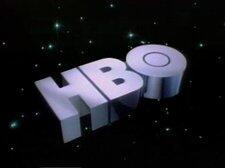 When I was a kid, I remember watching that EPIC intro HBO would play before a featured film. At that time, it was about one year after a movie premiered in theaters that it would arrive on HBO, yet the movies still seemed “new” to me. I remember watching Ghostbusters II and feeling like I was getting the latest and greatest content in the world. After all, what’s one year to wait for a great movie, especially when you’re 10 years old?

These days, waiting one year for a home video release of a blockbuster movie is an eternity. People don’t like waiting, be it for their Venti latte, In-N-Out Double-Double, or anything else. They want the latest movie or TV show right now, and they want it on every device they own with no hassle. The world is moving faster, and movie release dates have followed suit. The gap from premiere to rental to premium cable has shrunk to the point where some movies come out in the theater and on demand at the same time. Is this good or bad for the industry?

The Way It Used to Be

I remember seeing the poster for Back to the Future Part II at the theater and getting super excited. I had no idea it was coming. All it took was a poster of the DeLorean with flames trailing behind it to get me stoked. The problem was, my family didn’t go to the movies that often, so I waited…and waited. Pretty soon I forgot what I was waiting for because something else came and took its place. So, when I walked into the local mom-and-pop video shop six months later and saw that they had Back to the Future Part II for rent, I was ecstatic. Oh, right! I really wanted to see that. And now I could. Just remember to be kind and rewind.

Six months was par for the course back then for a movie to go from the theater to the rental shop. Some movies were priced to sell (usually $19.99), but most were “priced for rental,” usually costing $99.99 and up to purchase outright. Top Gun was one of the first tapes to be priced for sale right when the rental came out; I remember the display they had set up in front of the register at my local video store. With other films, the studios would often wait a few months before releasing the “priced-to-own” version. Eventually, tapes like Jurassic Park were $19.99 out of the gate, with no “rental only” period. This didn’t sit well with the rental-shop owners who stood to make more off of repeat rentals, but it was good for the studios.

If you couldn’t afford to rent movies back then, there was always HBO, which would get movies about a year after they were released in theaters. Even a year later, it seemed like a big deal to watch a “new” movie at home, without having to go to the theater or video store (or rewind tapes).

Click over to Page Two for The Way It Used To Be, Who’s Behind It, and A Short History Lesson . . . 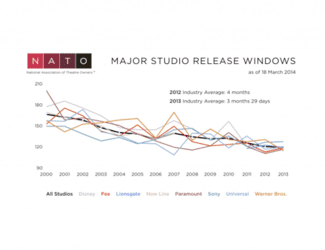 The Way It Is Today
We’re living in a much different culture now. Now we are constantly inundated with news about upcoming films. Here in Los Angeles, a skyscraper-sized banner for Fifty Shades of Grey went up before the movie even started filming. There’s Entertainment Tonight and Access Hollywood and TMZ and Premiere and Entertainment Weekly and on and on, for all the breaking movie news. In short, there are no secrets anymore. If they are making a sequel to your favorite film, you will know it LONG before a single frame of film is shot. Witness the deluge of “super secret” on-set pics from the first day of shooting on the new Star Wars flick…and that was preceded by over one year of casting and crew talk that was all over the news. It used to be that you found out about a new movie when you saw the trailer before another movie. Now you find out on the front page of Yahoo! News — even if you don’t want to, it’s inescapable. (They even spoiled the big twist for the latest Spider-Man movie with a front-page article about it – complete with screen grab – the day the movie was released.)

The point is that, these days, if you want to go into a movie “fresh” without knowing who kills who or what or why, then good luck. It’s nearly impossible. But there is some good news. If you can’t or don’t want to go to the theater, your wait for a home copy is much shorter now. Movies hit Blu-ray about four months (or less) after their theatrical debut. I missed G.I. Joe: The Rise of Cobra in theaters, but luckily it was available to rent only 88 days after its premiere. While I was watching it at home, it was still playing at a theater not far from my house.

Who’s Behind the Push for Faster Release Dates? 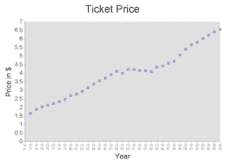 In the days before blockbusters (i.e., pre-Jaws and Star Wars), movies would roll out slowly across the country and stay in single-screen theaters for weeks at a time. There were no 3,500 same-day theater premieres. Now, it’s all about that first weekend. It’s not uncommon for grosses to drop 50 to 60 percent on a film’s second weekend. (That goes double for horror movies.) The rise of social media means that, when a film gets bad word of mouth, it spreads much faster and only hurts the movie’s grosses more. Not to mention that there’s always another blockbuster right around the corner. Thus, studios need to make that first weekend count.

Similar reasoning is behind the ever-narrower release date gap from the theater to the disc. With mammoth marketing campaigns and so much competition, studios need to strike while the iron is hot. It stands to reason that more people will buy or rent a disc if the marketing for it is fresh in their minds. And, well, three or four months is better than six, right? Why wait?

Because it makes NATO mad. No, not that NATO. I’m talking about the National Theater Owners of America. They have been at odds with the studios for years claiming that releasing movies on disc sooner makes people skip the theater altogether. Of course, if this is true, then it would also hurt the studios, since they generally stand to make more off of box-office revenue than disc sales. The studios’ rationale is that the people who would have skipped it in the theater would have skipped it either way, but the theater owners need people in those seats because concession sales drive a theater’s profits, not ticket sales. Also, the percentage of a theater’s take off each ticket increases the longer that a film is out.

HBO and the like have also accelerated their schedules, but not too much. Whereas it used to take a year or so, now a first-run movie is on HBO in about nine or 10 months. That’s still better than waiting for the swear-bleeped network TV version in another year.

I think the studios have stacked the deck against themselves. By letting us glimpse too much of what’s going on “behind the curtain” and too soon, oftentimes it can feel like we’ve already seen the movie before it even premieres (and the trailers that give everything away don’t help). That lessens our desire to run out and see the movie on opening day. Of course, the studios are hoping all that hype will do the opposite, but for me at least, that’s not the case. It’s one thing to get excited about a movie that’s coming out in a few weeks or months, but two or three years?

And once that “gotta see it” rush is over (usually it only lasts through opening weekend), the movie is forgotten until it pops up on Netflix and you add it to your queue. It’s easy to rationalize that the studios are basically at the mercy of the Internet: if they don’t announce a movie or keep people updated about what’s coming, there will just be Internet gossip and leaks anyway. Still, the theater owners seem to be getting the shaft . . . and this comes after the Digital Cinema Initiatives essentially required they switch from film to digital. The studios loved it because it meant lower costs to distribute a film: no prints, no shipping. But theater owners didn’t get anything in the bargain except a $70,000 bill for each screen they needed to convert, which put many smaller theaters out of business. 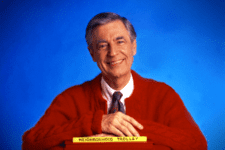 You may not know it, but Mr. Rogers saved the film industry from themselves regarding the VCR. All the studios were against it, saying it would cause ticket sales to plummet and lead to rampant piracy. However, Mr. Rogers’ testimony before the Supreme Court is given a lot of the credit for their decision not to ban VCRs, a decision that ended up working out very well for the movie studios, as it created a whole new revenue stream for them.

Now, all the studios are so pro-VCR (well, pro-Blu-ray player at this point), they can’t wait to get their movies into stores. However, as the release window shrinks, ticket sales go down, and theaters raise prices to compensate, causing less people to go to the movies — and on and on in an endless cycle. Pretty soon, there won’t be any movie theaters, which means pretty soon there won’t be any movies. After all, a movie is only a movie because it’s played in a theater. Otherwise, it’s just a TV show.

Despite what you might think given the slew of movies out there, ticket sales in 2013 were the lowest they’ve been in 20 years, a downward trend that shows no sign of stopping. In fact, do you know what year had the most ticket sales? 1946. Despite having a population of just 141,000,000 and far less movie theaters, there were 4,067,300,000 movie tickets sold in the U.S. that year. Last year? 1,340,000,000, or about one third as many. I used to go to the movies all the time, at least once a week. Now I feel like I’ve already seen most of the movies due to pre-release hype, giveaway commercials, and trailers, and I go about once a month, knowing I can just Redbox it or buy it soon anyway for far less money. It just seems strange that, in the end, the studios and the theater owners are often at odds with each other, when they stand to benefit the most by teaming up and deciding what’s in everyone’s best interest. After all, you can’t have movies without a place to show them, and you can’t have theaters without movies to show.

In the end, of course, it’s all about money. Well, money and the use of shortsighted plans (shortened video releases) to address bigger issues (a decrease in ticket sales). Naturally the studios want what’s best for them, and the theaters do, too – but, as the Mr. Rogers case shows, neither group necessarily knows what that is.

You'll automatically be entered in the HTR Sweepstakes, and get the hottest audio deals directly in your inbox.
0 0 votes
Article Rating
Subscribe
Connect withD
Login
Connect withD
0 Comments
Inline Feedbacks
View all comments
Author
Brandon Eberhart
When you buy through links on our site, we may earn an affiliate commission. Your support is greatly appreciated!
This is the static ad content. This is just a placeholder for now to get things styled.
Visit Website