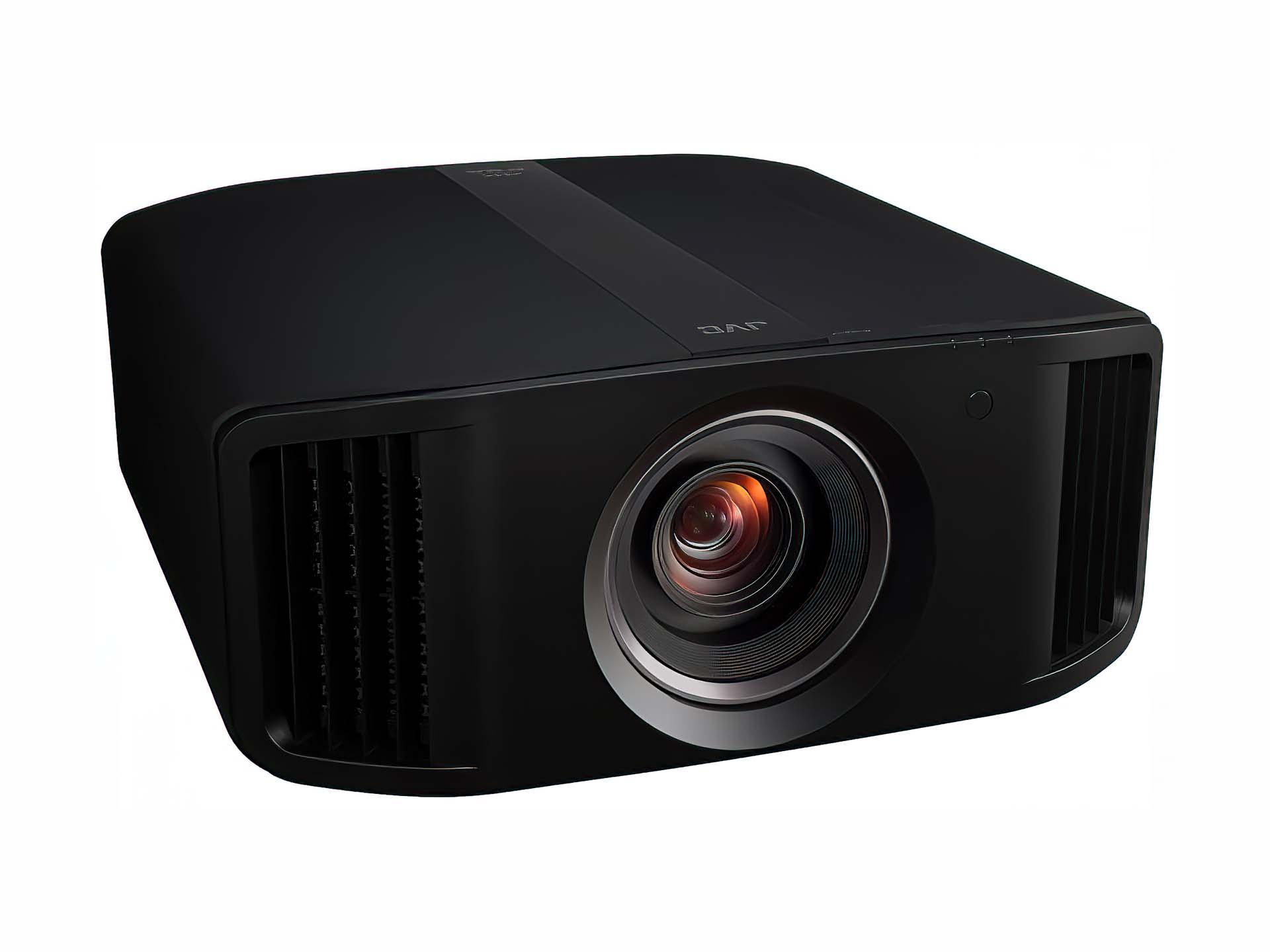 Projector News, AV News
Published On: January 5, 2022
We May Earn From Some Purchases Via Affiliate Links

Top the line home theater picture quality doesn't have to cost as much as a car. With this JVC, true 4K clarity and black levels that beat commercial cinema was are within reach.

Concurrent to CES 2022, JVC has announced a new projector that's all about delivering value. So, it's bulb-based. But aside from that, the bang-for-the-buck factor is off the hook.

Discerning cinephiles with comparatively compact dedicated home theaters seeking the maximum bang for their AV buck in a native 4K projector will have to give the most serious consideration to the new JVC DLA-NP5, 1900 ANSI lumen bulb-based model that supports an MSRP of $6999 and is specified as having a dynamic contrast ratio over 400,000 to 1, while the (more interesting and fundamental) native contrast ratio is said by JVC to be 40,000:1. For those not familiar with what that means, it translates to extremely dark black levels that other projectors in its price range cannot touch.

This projector has dual HDMI 2.1 inputs offering 48 Gb per second bandwidth and allowing for compatibility with 4K/120 Hz signals, which makes it a solid choice for home theater gaming. But without question, where JVC stands alone is the fidelity its projectors provide for cinematic, theatrical experiences, when installed in completely light-controlled, blacked-out rooms. Rooms where the superior contrast of its projectors can be appreciated. And this projector represents the new entry-level for this rarefied realm of exceptional picture quality performance.

JVC has equipped the DLA-NP5 with the same high quality, 2X optical zoom motorized lens (with shift) That goes on its pricier, laser light source equipped siblings, the DLA-NZ8 and DLA-NZ7. This allows it to accommodate a sizable variety of screen and room sizes. The lens even has lens memory if you want to program it to zoom for aspect ratio changes.

According to JVC, this model sports improved motion processing over its predecessor. What it does not do, unlike the step-up models, is accept an 8K signal. Happily, what it does do, is decode 3D content, 3D is not dead yet! The 3D signal transmitter and 3D glasses required are optional and do not ship with the projector; they have to be purchased separately.

This projector will also be available as the reference series DLA-RS1100. JVC expects to ship in March 2020. There is not yet a product page on JVC.com but when one goes live, we will link to it.