The music industry has been struggling for some time. And it will need innovative thinking and powerful individuals to turn it around. Jerry Del Colliano offers a few ideas of who those people could be. 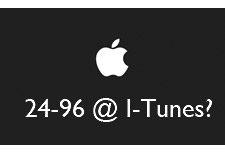 Apple fans, entrepreneurs, music lovers and nearly every American felt the loss of Steven Jobs on October 5, 2011. He was the type of creative power that the country needed, but as we all know nothing lasts forever. Apple Computer is booming with post-Jobs success. The new iPhone 4S is a commercial success and opening the Sprint network adds millions of users who can now enjoy the synchronicity of a phone that does it all (including making more reliable phone calls on a better network). iCloud promises to bring connectivity to those in the cult of Mac that Mobile Me simply failed to provide. Simply put - Apple will be fine.

Beyond Apple's short term success and the meaning of the loss of Jobs to a country beaten down by a three year long economic correction, the question exists: if a noted audiophile and music industry game changer like Steven Jobs is gone, is there anybody out there who can save HD music? To be open and overt, the major labels have already archived their new music and back catalogs to HD formats like 24/96 resolutions, but other than in rare offerings like Rush's Moving Picture's re-release or the $35 SACD release of Pink Floyd's Wish You Were Here remixed by James Guthrie - they refuse to sell it. The idea that everyone wants to listen to compressed MP3 resolution audio is like suggesting that there is no demand for a car more high-end than a Yugo. People want music in HD formats. Blu-ray and downloads can provide it, hard drives can store it and there is a proven track record that the files can be copy-protected. Now, who the hell is going to sell it to us?

Here are some names.

Tim Cook - Apple Computer
Can you imagine the pressure on Tim Cook to fill Steven Jobs' shoes? It's an impossible task and one that nobody in their right mind should expect from Cook. However Apple is an innovative company. While not very good at selling movies or books compared to, say, CinemaNow, Blockbuster and Amazon - Apple is dominant in selling music by the download. Apple also speaks to those who are willing to spend more money to get a better, more luxurious user experience. Selling music in HD is not just a profit center for new music sales - but what if Cook said to you, the music collection owner, "Upload your music to iCloud and store it on our servers and we will upgrade 100 of your favorite songs from MP3 to 24/96 for free?" Many would jump at that.

There's no question that Apple would need tons of storage space to pull this feat off. Fewer songs would fit into your iPhone, iPad and iPods. Streaming would take longer. Devices like AppleTV would need to go back to having hard drives in them again - but all of this is doable.

Mr. Cook - you are wondering how to grow Apple even bigger than the monster that it is now? Selling everyone with an "iProduct" all of their music over again in HD formats could be bigger than Microsoft selling them Office every few years. This could be a $10,000,000,000 per year plus idea. Think about it. Please.

Noel Lee - Monster Cable
If I told Noel that rap music isn't in fact music and that Dr. Dre wouldn't have been anything without the melodies that he "borrowed" back in the early 1990s, he might try to run me over with his gold-plated Segway scooter. All joking aside, Noel Lee has been raking it in with his uber-profitable cable business since the 1970s and without question Noel's passion is music. He hires notable bands (James Brown was very memorable) for his Consumer Electronics Show party every year. He owns a record label and he is now rolling in it again as he has, along with Dre, captured the bling-bling side of audio with his "Beats By" headphone line. Some including HomeTheaterReview.com's Managing Editor, Andrew Robinson, think the Beats by Dre headphones are downright awful - the connections to the music business paired with the branding to super-huge Generation Y demographic make Noel a dark horse for those who could save the music business.

Could Noel Lee reach into his deep pockets and license, say, 1,000 of the most meaningful records of all time for release on Blu-ray? He sure can. Could he get Best Buy, Target and Amazon to sell them? He could do that too. The burning question is - would he? If you are asking me, there isn't a snowball's chance in hell despite the fact that it would probably cement his already indelible legacy on the world of high-end audio. Selling cables created the "attach sale" in the 1970s at stereo stores around the world. Today, audiophilia is a quirky hobby, like driving race cars running on 45-octane gas.

Richard Branson - Virgin
Looking for someone with Steven Job-like vision, I suggest to you that Sir Richard Branson has it, as well as the know-how in the music business to turn it on its side and/or simply reinvent it. Never underestimate someone who can make commercial air travel glamorous again in an era when most airlines charge for bags and even first class seats are more suited for cattle than people.

Would Branson take on conquering the music business one more time? It's possible but not probable, as it's like going back to an ex-wife for another shot at marriage. The music business is water under the bridge for Branson who is selling more out-there ideas like paid-space travel and trips to the bottom of the ocean, but there is no question he has the chops to save the world from crappy sounding, low resolution music.

David Chesky, Mark Waldrep (HD Tracks, AIX)
You gotta love the heart and soul that these guys put into their music and the money that they invest into bringing us cutting edge music in HD formats via Blu-ray, SACD or even 24/96 downloads. In terms of downloads, the lack of Apple compatibility (in HD) is a non-starter for mainstream users. Without meaningful, platinum-selling back catalog music - HD music on its own without the melodies and performances to match cannot sell past about 10,000 units.

Somebody would have to fund a player like AIX or HD Tracks to take on the project of selling music in HD and most companies aren't looking for that type of investment these days. Simply put, the music business has shriveled into an $11,000,000,000 business domestically from three times that in the early 1990s. Why invest $250,000 to pay a label for the right to an A-list album when the business has shrunk so aggressively in recent years? Bean counters look at things this way. They'd cite the poor sales of DTS Entertainment's Queen Night at the Opera as an example and they'd be right. I'd point at 1,100,000 units of Dark Side of the Moon sold on SACD to make my case but then
again they'd likely ignore me, talk about fears of "collusion" or work on how to grow their business by selling me AC-DC ring tones.

The music business today is like an airplane that only sells coach seats near the bathroom and that bathroom is stinky. There are people who want to fly first class. Hell, there are people who want to fly on private jets. Can Berkshire Hathaway make money with Net Jets in a world where Southwest is the only profitable airline year-in and year-out? Yes, Warren Buffet can. Can Macallan sell 30 year old scotch for $1,100 per bottle in a world where Cutty Sark is technically the same spirit? Not only can Macallan but they sell every bottle, every year, despite drastically increased prices.

Much like luxury travel or fine wine - consumers want the good stuff and when it comes down to important art like music, experiencing the recording as it is on the master tape is a spine-tingling experience worthy of your attention. It's worthy of the upgrade from ear buds to real speakers and electronics. It's worthy of teaching children about the history of the best music ever made in a way that will capture their attention. Now all we need is somebody with the might, money, power, creativity and know-how to make it happen.

Samsung and Barnes and Noble Team Up

Five Reasons Why Best Buy Could End Up Like Circuit City