The Most Cost Effective Tweak For Any System ... An Open Mind

The Most Cost Effective Tweak For Any System ... An Open Mind

There are all kinds of factors that go into building a home theater system and tuning to the best you think it can be. But this can only really be achieved if you open your mind to all possibilities. 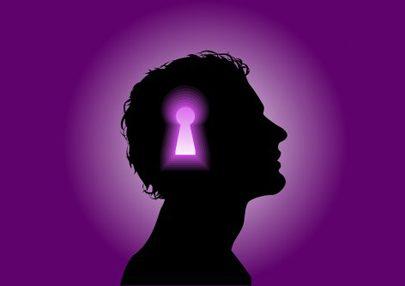 It seems whenever you begin to discuss any specialty marketplace you open yourself up to absolutes, or worse, those who know everything, or at the very least know better. Being a filmmaker, I deal in a lot of specialty arenas, and what I'm describing isn't solely relegated to specialty AV - it's everywhere - but in my opinion, it's also one of the factors that I feel inhibit newcomers from taking part and/or sharing in our good experience. Why is that? Why, when it comes to being an active member of any sort of club, group or interest, does our objectivity and sense of adventure seem to get checked at the door, replaced instead by absolutes of right and wrong?

Additional Resources
• Read more original commentary in our Feature News Stories section.
• See more industry trade news from HomeTheaterReview.com.
I recently hosted a very nice gentleman at my home who wished to hear the Tekton Design Pendragon loudspeakers. He sought me out due to my affinity for the large tower speaker, as he was in the market for a new system. He was a young man, gainfully employed, about to move into his first house, with a hunger for both two-channel sound and home theater - in other words, he is the customer who every dealer wishes would walk through the door. The young man was patient and had done his homework, or so he thought, but in reality, many of his opinions seemed shaped by what he'd read that was written by others - others like me. This is fine, if not a little flattering, but I was alarmed at how one-sided his views were as to what he felt he needed in order to achieve high-end happiness. I believe he enjoyed listening to my system - he told me as much on several occasions - but he also seemed to be at odds with himself at times, for I'm not sure he could reconcile just what he was hearing with the system's relative lack of complexity. Of all the systems I've called my reference over the years, none have been as simple or as inexpensive as what I have now. In truth, the Pendragon loudspeakers were the least expensive loudspeakers this nice man had demoed and he appeared to be genuinely shocked that he could even be enjoying himself, let alone the loudspeaker. He kept wanting to make a case for higher-cost products. I simply replied, "Did you enjoy what you heard?" The answer was always "Yes," and yet he still wanted to try to justify needing more.

When he saw my rack, he immediately began to question my choices, not in a mean-spirited manner, but in that way that audiophiles and home theater enthusiasts do - you know, the ol' "Oh, but if you did this ..." way. For the first hour, he never saw my equipment rack. He never saw my speakers, as they are behind a screen. He could do nothing but listen, but as soon as the veil was lifted, the questions began. In the first hour, it was amazing. By the end of the second, the conversation had turned to what other options should he listen to that are better than Revel or Wilson. I argued that the gentleman should listen to less expensive speakers than even the Pendragons, for I felt it would help build his appreciation for all loudspeakers, but ultimately, the conversation kept skewing up-market. He had made up his mind that he simply needed more.

I did what I could to help. I offered my honest advice and ultimately sent him on his way. I enjoyed the gentleman's company and would welcome him back any time, but it did trip me up a bit. The cheapest "tweak" we can perform on our systems is to our own way of thinking, and yet we often don't. Why? When I first started out in home theater, I asked a million questions, and if I felt that I wasn't getting a straight answer, I simply moved on. There was nothing wrong with a pair of Paradigm Atoms or Mini Monitors, nor was there with an NAD integrated. They were great and never once did I listen to either and think to myself, "Wow, what a pile of garbage, I need to spend more." So at what point does that happen? I'm not saying Mini Monitors and NAD integrated amplifiers are the be-all/end-all, but do we even stop to enjoy what we have anymore? I've been through over a dozen so-called reference systems in six years or so. That's two a year. How much enjoyment can one extract from a setup in roughly 24 weeks? Truthfully, how much? I know I'm in a privileged position, being a reviewer, but am I also setting a bad example? It's my job to apprise you all of what's hot and/or coming up, but is it my job to tell you that you need it? That's your call. Obviously, this business is sustained by sales, but I argue that what is sold is maybe what needs changing, relying less on the roller-coaster effect and more on longer-term customer satisfaction. The greater issue is still, why can't one person's Emotiva be as good as another's Magico? Why must one be better than the next? Why can't each be right for a particular individual? And don't think that it's just the high-end folks picking on the working man. In truth, it's quite the opposite, for I find the budget-conscious consumer to be far more critical of the high-end customers' choices than the other way around. Aren't we all, budget or high-end, part of the same hobby?

It's not that everything is black and white. Occasionally, a product or market breaks through and manages to bridge the gap and be accepted by both sides, but these moments are few and far between. The most recent example of this is Oppo Digital - for whatever reason, Oppo is as much a high-end product as it is an affordable one, proof that our thinking can be changed. Maybe it can only be changed once every few years or every decade, but it is possible. Home Theater Review publisher Jerry Del Colliano speaks of ways to save the specialty AV business. I find many of his suggestions to be worthwhile and insightful at times, but I argue that change first comes from within and, until we can accept that this hobby has room for everyone, young and old, rich and poor, jazz or Katy Perry, I'm not sure the ship will get righted - at least, not as quickly as many of us would hope.

The Limitation On Specialty AV's Next Generation Is Leverage