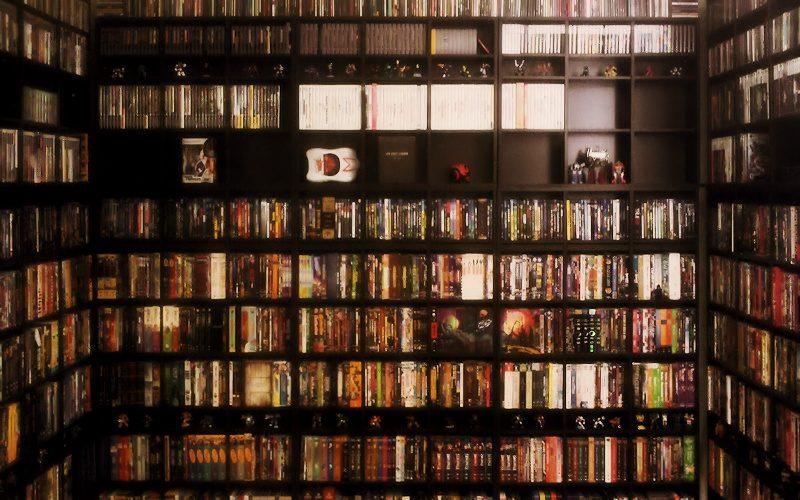 Feature News Stories
Published On: July 22, 2019
We May Earn From Purchases Via Links

Boy, have Dennis, Andrew, and I found a sore spot with home theater enthusiasts over the past few months. You see, the three of us have pretty much moved on from silver discs with our music and movies alike, adopting... 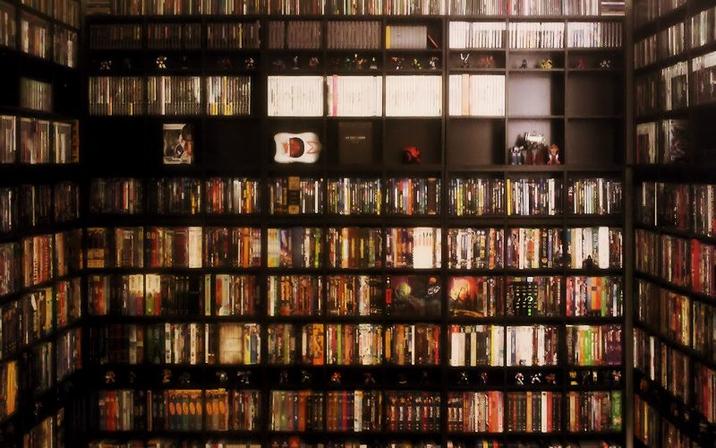 Boy, have Dennis, Andrew, and I found a sore spot with home theater enthusiasts over the past few months. You see, the three of us have pretty much moved on from silver discs with our music and movies alike, adopting both streaming and downloading for all but the most special releases. As such, the need for our beloved silver discs just isn't there anymore. Or, at least, that is where the three of us are at the moment. Our readers, though, are saying "wait a minute, boys: we aren't done with our shiny polycarbonate platters quite yet."

This love of physical AV media has been a little perplexing to your friendly neighborhood editorial staff, as the cost of accessing pretty much every album ever recorded, more and more in HD formats, is $20 per month via services like Tidal and Qobuz. Streaming movies, TV, and other content in 4K is perhaps a little more expensive, but you can get an awful lot of content on, say, a $90 Roku 4K device. Chances are if you are a reader of HomeTheaterReview.com, you are one of the 139,000,000 Netflix subscribers , which gives you an increasing pile of juicy content in 4K. And don't tell me none of you has one of the 101,000,000 Amazon Prime accounts at this point. Free shipping was very tempting on Amazon's part, but now the 4K content has made that $120 per year well, well worth the membership fee.

And despite the saber rattling from the comments section, as long as you're playing all of that 4K/HDR content on a device that can decode HEVC quickly enough (which, to be fair, not all smart TVs and streaming media players can), the video quality is so close to that of discs that it's hardly worth worrying about. To be blunt, a good 4K stream viewed via a good streaming media player kicks the snot out of the Blu-ray discs that we held up as the gold standard just three-and-a-half years ago.


So why are hardcore home theater enthusiasts clinging to their discs with a death grip never seen before? Why are some of them spending $2,000 on a used Oppo UDP-203 player? Why are they paying upwards of $5,000 for an Oppo UDP-205 to play legacy discs like DVD-Audio and SACD with Oppo's internal DACs? I think I figured it out.

There is nothing really that collectable about streaming movies. You don't really "own" anything. Certainly not something tangible like a jewel case or a silver CD or UHD Blu-ray. Sure, you may have purchased movies via Vudu that you can watch at any time.

But what happens if Vudu poofs tomorrow? Or if they lose their agreement with the studio who made your favorite film?

A digital movie collection is, to some small degree, tenuous, and the idea of having stacks of Compact Discs and walls of well-organized movies has been part of the hobby and a very important part of Hollywood's financial success over the past generation.

Many of us, myself included, started collecting Laserdiscs eons ago and loved it. Silver discs back then represented the best, most state-of-the-art AV option. They pushed our home theater systems to their performance maximum. DVD-Video was a pretty big upgrade and a lot easier to work with as an AV format, thus we all eventually jumped in with both feet. I think Andrew is still mad at me for making him buy a D-VHS HD-deck back in the day, as I am not sure more than 20 movies (seemingly all from Fox) ever came out on that format, but if you wanted to demo HD in that era other than from an antenna feed live, that was the only way. Once again, state-of-the-art AV performance, albeit in this case not exactly a silver disc.

The format war between HD DVD and Blu-ray was a messy one, but I was in for both formats. Most of the studios offered trade-in programs that got my collection pointed in the right direction after that dreaded "Blu-Friday" at CES all those years ago. The move from DVD-Video to ultimately Blu-ray was once again a very big one in terms of performance. Products like Apple TV had popped up and they were cool, but the volume and quality of the content was simply not what "real" AV enthusiasts wanted. We wanted the best and the silver disc delivered.

The advent of Ultra HD Blu-ray took AV performance to the Nth degree, and many home theater enthusiasts jumped in quickly, as the cost of a player wasn't very high even if you popped for a now-discontinued Oppo BDP-203 at around $500. Sony, Samsung, and LG offered machines, often without full legacy audiophile format support for SACD and/or DVD-Audio, for much less per player. Video could be delivered in stunning 4K. Audio could be many channel, object-based surround sound like Atmos or DTS:X or whatever other niche bazillion-channel surround sound formats are out there, thus the pinnacle of performance in home theater. Other than day-and-date access to Hollywood movies, we've reached the promised land, right?


Well, yes, but for $90 for a Roku Ultra (often less when on sale) and a suitable Internet connection with acceptable download speeds of, say, 50 Mbps or higher, you can get practically the same performance from your streaming device as you do from your silver discs. One single UHD Blu-ray disc can cost $19.95, with more tasty titles retailing for $35.95 or maybe even a little higher. Streaming services offer more content, more 4K, and all for a lot less per month. Yet, somehow, they haven't yet resonated as well with home theater enthusiasts. Some are holding a grudge from years ago when streaming from the likes of Netflix and Amazon was a glitchy, pixelated, blocky, stuttering mess (okay, that was less than four years ago, but let it go, guys). Today's 4K streaming with a suitable Internet connection and a good media player is so close to the performance of a silver disc that you need a magnifying glass to see the difference. It simply isn't fair to ding 4K streaming in 2019 by equating it to streaming in early 2016.


While our editorial staff may have emotionally moved on from our beloved silver discs for the most part (Dennis still buys his Star Wars movies on disc because he refuses to let the rare internet outage come between him and his talking trashcans and killer teddy bears), we are still going to review the remaining players in the market, as there are still units out there from the likes of Panasonic, Pioneer, and a few from Sony and LG, even if Samsung, Oppo, and Cambridge have bailed from the space in the past year. We likely will have all of the key players reviewed by fall of 2019 for those who want to still spin silver discs. And yes, we're including those of you in remote (or sometimes not-so-remote) areas who simply don't have access to good internet connectivity, and are thus cut off from the 4K wonderland of streaming.

Our only request to you is that you keep an open mind about today's 4K streaming, as it isn't like it was in the recent past. It delivers cutting-edge audio and video for less money and with more flexibility for codec upgrades on the fly, thus making it a more robust content delivery system in years to come. New compression schemes like AV1 and VP9, as they gain more penetration in the streaming world, will deliver video quality equal to or better than HEVC, while also using fewer bits. And I know that many of you mistakenly believe that "fewer bits" equals "lower quality," but that's just not the world we're living in anymore. It's time to give that argument a rest.

Of course, the flipside to this is that, as mentioned above, these more efficient video codecs are often processor intensive, meaning the decoder has to crunch more numbers more quickly to deliver artifact-free video. This will make your choice of players even more important than it is already.

Looking back on the evolution of silver discs formats, it was painful a few years ago to realize that my DVD-Video discs weren't worth a penny on eBay.com or Craigslist.com, but that was the reality. Plus, they were ripped on my Kaleidescape already. Nostalgia aside, there is a better and more affordable way to enjoy your content, and it is going to soon be time for us all to fully embrace it, as there is no stopping progress.