From the time in the early 1980s, when VHS won out over Betamax in a nasty format war, until the collapse of the real estate market in 2008, the specialty audio/video business knew no recession. Sure, there were bad economies... 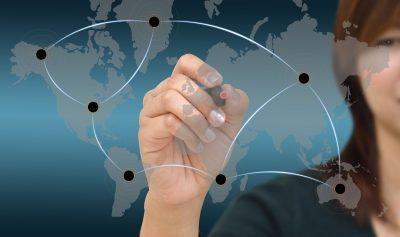 From the time in the early 1980s, when VHS won out over Betamax in a nasty format war, until the collapse of the real estate market in 2008, the specialty audio/video business knew no recession. Sure, there were bad economies during that period, but we always had that next new product that convinced people to pop for a new techno toy, even when their wallets were a little light. Then came the super-storm consisting of a massive bubble bursting in residential real estate, paired with a void in the consumer electronics market. Many manufacturers hoped that 3D would deliver us through the storm, but that did not prove to be the case. I'm sorry, but 3D was a failure of a technology in the 1950s, and it's even more of a stinker in modern times. Many people find 3D to be uncomfortable to watch for long periods of time, and they don't want to wear the glasses.

So, should we all jump off a cliff? Have Costco, Wal-Mart, and Target ruined the hobby? Have the Baby Boomer audiophile stores finally pissed off enough clients with retro-snobbery that there is no hope? Not a chance. In fact, I think we are on the verge of another technological boom time. Here's why. I've written about this topic in the past, and the angry Tea Party-loving trolls went crazy when I suggested that the real estate markets in California and New York are booming thanks to low interest rates and strong demand - and that these booms likely will spread from the edges of the country to more hard-hit areas like Phoenix, Las Vegas, Jacksonville, and even Detroit. The trolls called me an elitist snob and so on. Well, guess what? Realtor.com just came out with a report that Detroit is leading this quarter's real estate comeback, along with cities like Reno and Santa Barbara. Is every market back to 2007 levels? Absolutely not, but with under-four-percent mortgages and lots of money on the sidelines in the investment markets, investors are buying up depressed properties en masse. Want hope that other cities are coming back? Here's a report showing foreclosure rates at a new low in Phoenix. All of these properties eventually need AV systems, home automation, HVAC control, lighting control, and beyond. Even if these projects are modest in their scope, it brings a lot of hope.

Ultra HD is Real, Even If It's Not Ready Yet

Ultra HD has a lot of hurdles in front of it. It needs a broadcast standard. It needs a Blu-ray standard. It needs support from the gaming community. It needs servers that have content (there's practically nothing on Red Camera's Red-Ray player yet) and/or servers that work with more than one brand of UHD TV. With all of these problems on the table, though, four times the resolution of 1080p, paired with seven billion colors, creates a new TV that could make today's TVs look like a joke even to the mainstream consumer. Ultra HD could be that dramatic. It could be amazing. It's just not quite ready for us yet, but it will be soon enough.

The Record Labels Are Finally Selling Music in HD

If you want to make money in the specialty AV business, you quickly learn how to sell premium audio. The problem today with premium audio is that the audiophile systems are so powerful, distortion-free, and accurate that playing 30-year-old CD- quality music on them is like fueling a Ferrari 599 with 54-octane gas. It's pathetic. MP3s and other compressed files are even worse. Even if they do give the consumer easy access to more music, the access is to crappy-sounding music. Apple should be ashamed of itself for not leading in the HD music space. The iTunes Store will sell you TV shows and movies in an HD format, but not music, which is iTunes' bread-and-butter.

The good news is that the three remaining major record labels have finally realized, nearly 10 years after a foolish and needless battle over audiophile formats like SACD and DVD-Audio, that they don't control the pipeline and that 200,000,000-plus consumers with phones, tablets, and other portable devices are willing to consume movies, games, and TV shows in HD, but can't get music in HD. The solution is websites like HDTracks.com, which sells 24/192 albums and songs from meaningful artists. Other audiophile companies like retailer Acoustic Sounds are doing the same. Sony is selling an under-$1,000 media player that bridges the gap between computer-downloaded audio and your audiophile system, which is a necessary product. I expect to see more products like it - a lot more.

Continue reading on page 2 and find out who is the successor to Plasma and the unlikely savior of High-End Audio . . . Plasma Is Close to Dead, But OLED Is Amazingly Promising

The last Panasonic plasma HDTVs are being sold right now, and it's only a matter of time until other plasma manufacturers call it quits. While writers and video enthusiasts will talk about their Pioneer KURO and Panasonic ZT plasmas for years to come, there is a new technology that is far better suited for our Ultra HD future. It's time to start looking at OLED. Not only are OLED sets much brighter than plasma, but they are thin, light, and easy on the AC power. They have the deep, inky blacks that we love in our plasma HDTVs, and they can accommodate Ultra HD resolution in ways that plasma simply can't.

OLED isn't quite ready for mainstream, Costco-priced sales, especially with Ultra HD under the hood, but it won't be long until it is, and OLED is a technology that can lure HDTV buyers back into the stores.

Not everybody in the future is going to want to sit at home listening to vinyl in a darkened, acoustically treated room in their basements, but plenty of people love listening to great-sounding music. If the iPod (iProducts) taught us anything about Millennials, it is that they love music more than any generation before them. They will carry 5,000 songs in their phone and will share and socialize around music and media in ways that us Boomers and Xers just don't do.

How does this new generation of buyers get into high-end audio? I don't think it's going to be the brick-and-mortar stereo store selling the NAD receiver and value-added products that I bought (or that were bought for me, I should say) when I was a 14-year-old kid living in Philadelphia. I think this Millennial generation will look to aftermarket headphones and mobile audio products like USB DACs, but the best opportunity to reach them is in premium installed car audio. I am not talking about an under-employed kid popping for a $275,000 Bentley, but more a Fiat 500 or a Ford Focus loaded with Beats Audio or other premium audio products. They get bass. They get clarity. They get surround sound. They get EQ. It's a lot of the fun of the audiophile hobby in a venue that has been somewhat untapped - at least until recently, when brands like Mark Levinson, B&O, Bose, Meridian, Bowers & Wilkins, and others began making the move.

We've definitely had some dark years, with plenty of reasons to complain and bitch about the specialty AV business. We've written plenty of stories doing just that, but I am feeling the tides change. I am seeing real evidence that a recovery is coming and that mainstream consumers will want what we, the enthusiasts, love so much. The trolls may disagree, but hopefully your stockbroker and/or AV salesman isn't a naysayer on an AV site. I, for one, am seeing some serious upside in the coming years.