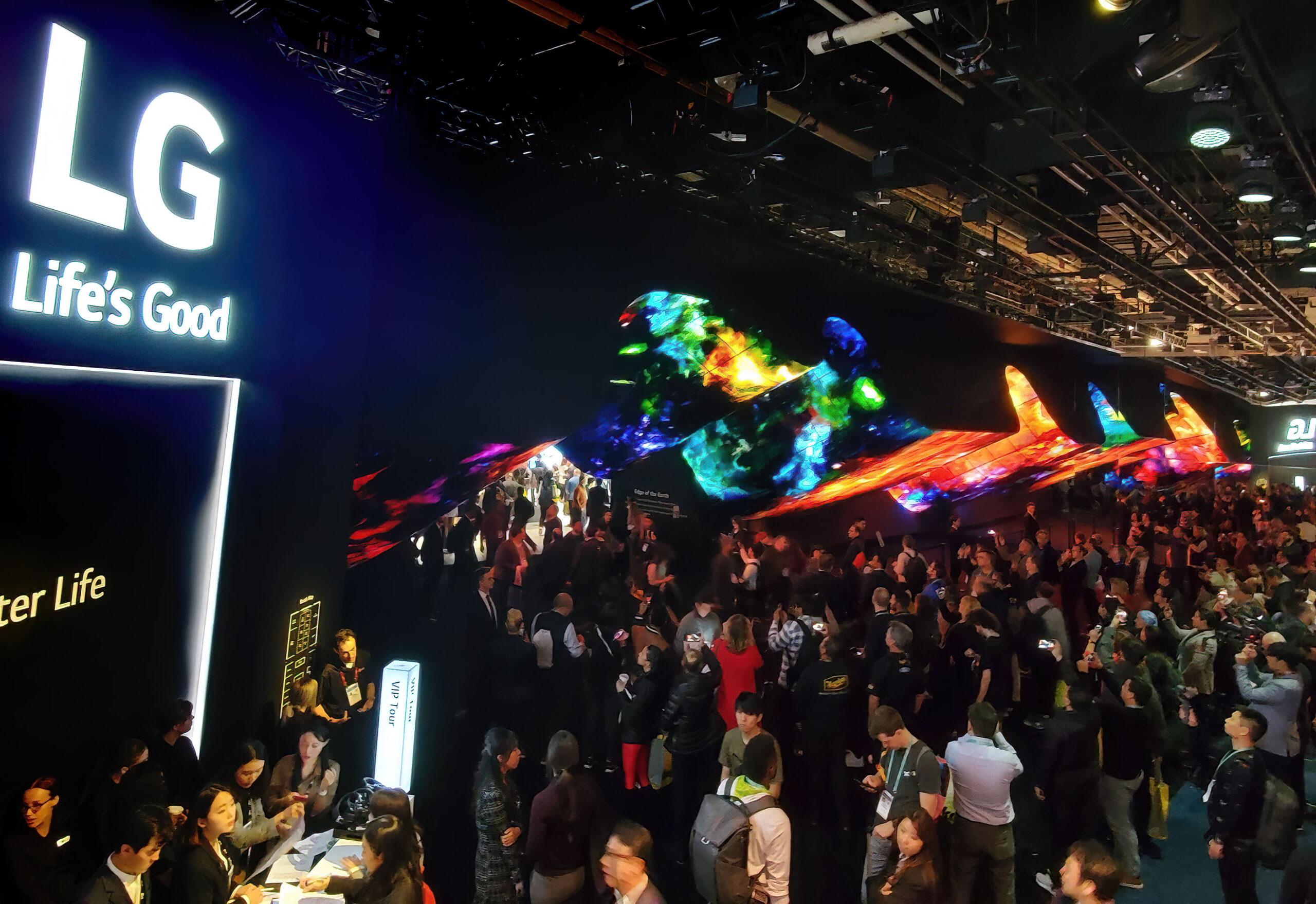 Big crowds gathered in Las Vegas are a defining feature of CES, is this approach still viable in 2022 and beyond? 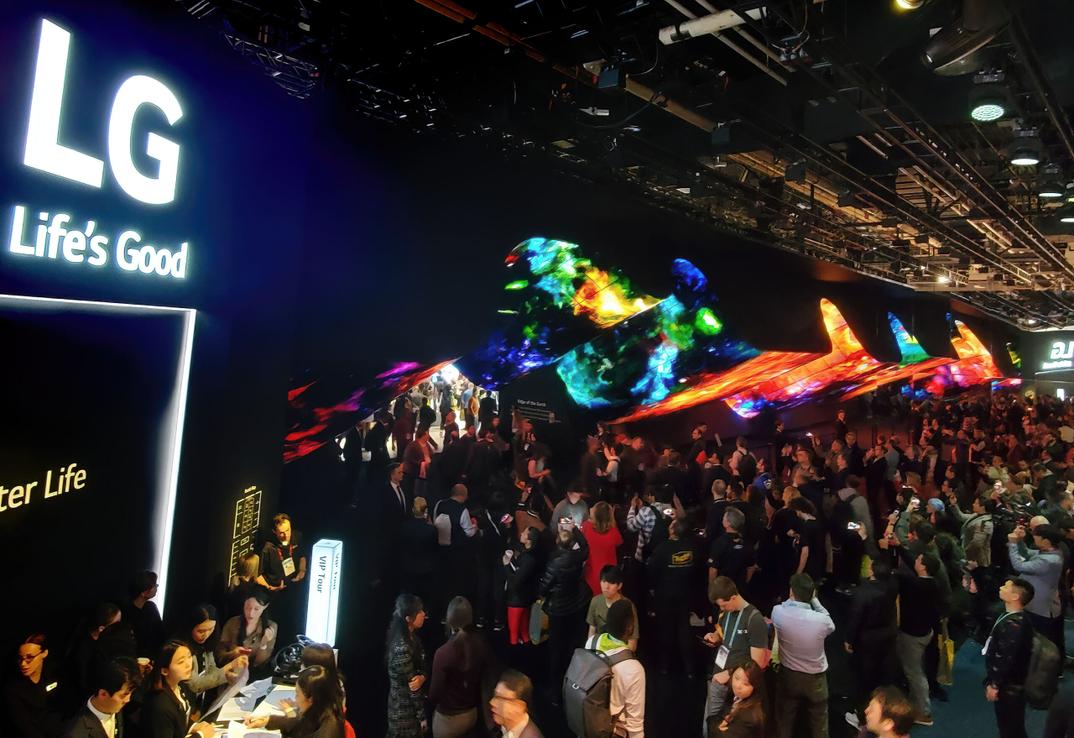 2021 has been a tough year for AV-related trade shows. In the U.S., CES 2021 was held as a virtual event that nobody was really ready for, and CEDIA 2021 suffered from a domino effect of major exhibitors pulling out at the last minute. But when it came to CES 2022, optimism prevailed as vaccination rates rose and the COVID pandemic seemed to settle from a boil to a simmer. But now, the January event in Vegas that is the world's largest trade show is just 2 weeks away and the big question is how viable is an in-person trade show at this point and time?

The problem with CES is that it is also the world's largest petri dish. Las Vegas may be the only city that can handle such a big event, but even that gambling mecca bursts at the seams with the CES crowd, and catching the "CES Flu" was an annual tradition. The point is that under normal circumstances, it's almost impossible to not catch something while attending.

This brings up a very serious question: For a show that's about technology, isn't it a bit anachronistic to have everyone meet in Vegas? If this year's show does not go smoothly, I'm left to wonder why, after the 2021 experience, companies did not anticipate the need to move beyond a single physical location? Does the AV press really have to get on airplanes and subsidize the Vegas economy during what would otherwise be an off week? Because IMO, CES would be better off as a distributed show with a major virtual element. Why not have CES America, CES Europe, CES China, CES Africa, CES Japan, CES Dubai, CES Singapore, etc.? Afraid it'll seem small? Not if it's a truly global event that's much more open to attendance, due to going all-in on virtual attendees.

In this vision, Vegas could still be the "main show" and I'm sure plenty of people will still go. But, I know a bunch of people who would love to have an NYC option, which by the way CES started out in NYC so it would only be fitting. And I'd bet there are plenty of Europeans who would feel the same about a show in Paris or Munich, or even London if that still sort of counts as Europe.

For me, this will be the second year I do not attend in person, after six years of not missing a show. And while I will literally miss the 2022 show, I will not figuratively miss it. The idea of cramming well over 150,000 people into a single multi-day event was always a little ridiculous but now it comes across as wishful thinking and the fact the show has not adapted to a world where the very technology that is the theme of the show has made the show itself a bit of an anachronism.

The question then becomes: If 2022 somehow goes off without a major hitch, will CES not evolve? Will it be back to packed ballrooms, packed Monorails, and restaurants absolutely filled with people "talking" at the top of their lungs in an effort to overcome the background noise at some trendy restaurant? Or will attendees adapt, and be ready for a future where the price of seeing what's coming next in tech isn't spending a week in Vegas, with all prices for rooms and meals jacked way up, to allow the locals to best leverage all those expense accounts.

What happens next is not known, but I can speak to the overall mood of CES exhibitors, and there is a palpable tension about how the show will go down. I've also gotten the sense that already, even if CES 2022 goes on without any exhibitors withdrawing, attendance won't be what it was in years past and there's a particular lamentation about the unwillingness of the AV press to make the trip.

So, in closing, may I suggest that the place to start for having a more distributed CES is New York City. That's where the press in the U.S. operates out of, and a CES that you can drive to and attend in a day is a lot more palatable than a week in Vegas.

Anyhow, whatever does happen with CES, my 2022 plan is to attend virtually, to whatever extent is possible, and otherwise cover the news through press releases. To be honest, sitting in a huge auditorium and watching what amounts to a fancy PowerPoint presentation does not deliver any different information than doing the same from home.

The most useful part of CES is the in-person demo, but that's where I'd argue the greatest value lies in having satellite events. Indeed, many companies have, in the past, had NYC based demos that are "CES adjacent" so really my suggestion is just making official and organized what's already being acknowledged by individual companies: Not everyone wants to go to Las Vegas in January and come home with a virus of some sort.

You'll automatically be entered in the HTR Sweepstakes, and get the hottest audio deals directly in your inbox.
Subscribe
Connect with
Login
Connect with
3 Comments
Oldest
Newest Most Voted
Inline Feedbacks
View all comments
This is the static ad content. This is just a placeholder for now to get things styled.
Visit Website