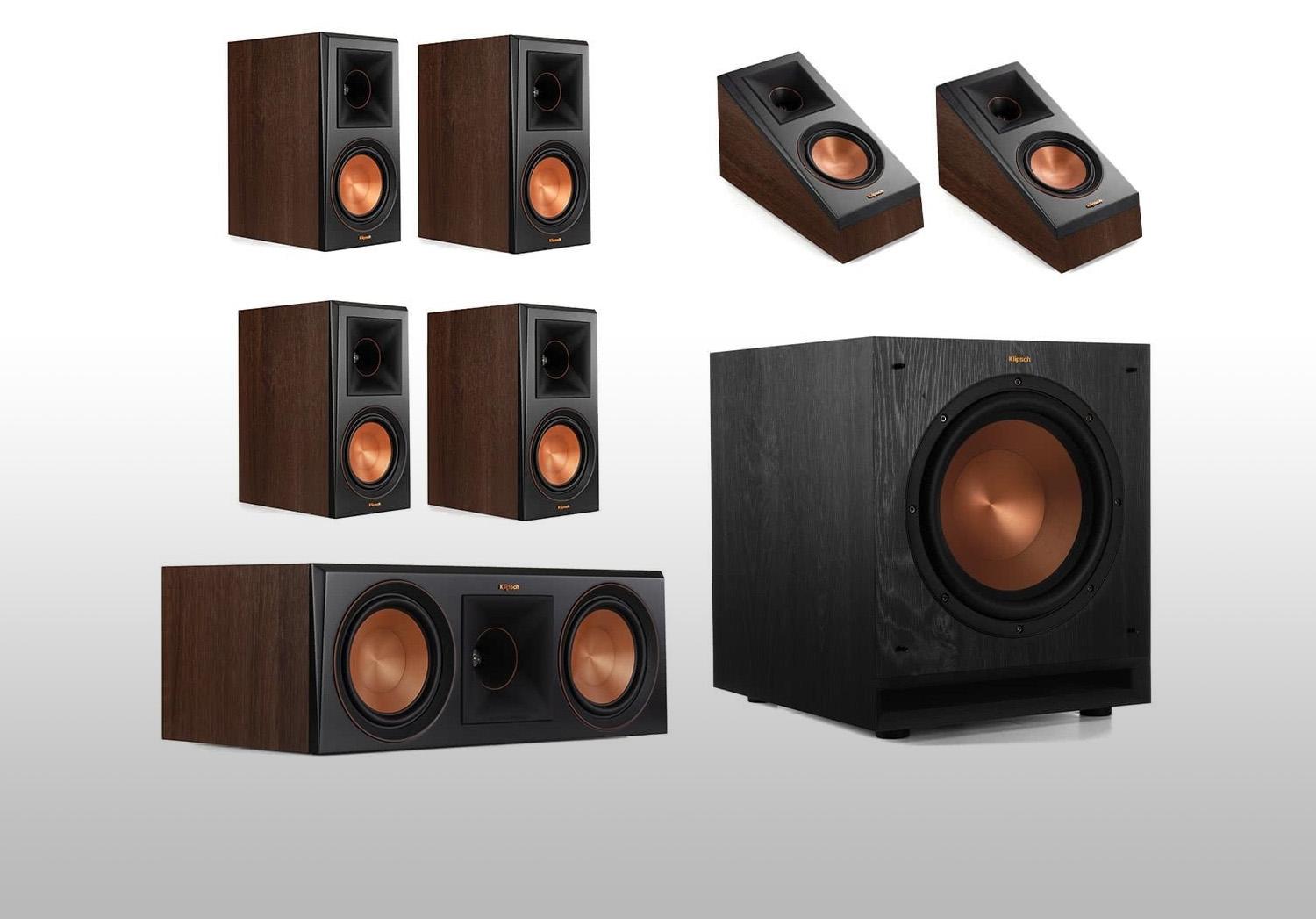 AV News, Sales & Deals
Published On: October 26, 2021
We May Earn From Purchases Via Links

Speakers are where the rubber meets the road for any audio system, and these killer deals on Klipsch speaker systems make it tempting to upgrade to a higher level of surround-sound performance. 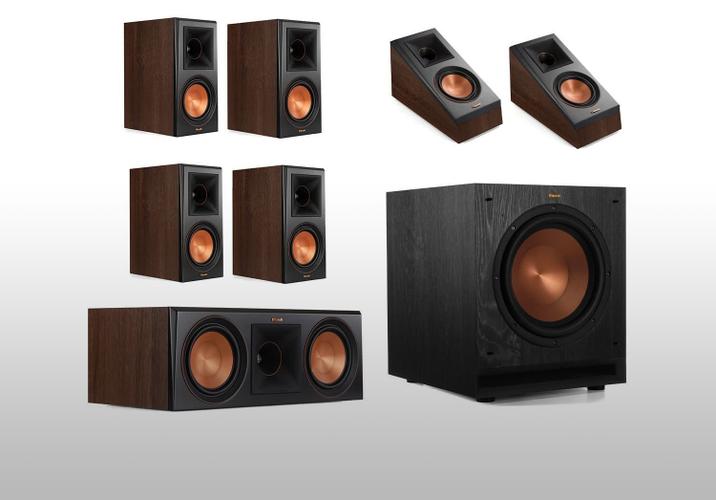 One of the seminal American loudspeaker brands is Klipsch, a company that notably still produces a number of its most iconic models that are many decades old. If you're looking for powerful yet precise speakers featuring brash good looks and an unapologetically energetic presentation, Klipsch is worth a listen. And if you are going to make your new speakers a Klipsch system, it's worth going all-in on a complete kit including center, surrounds and sub, and reaping the significant savings that come with a package deal.

For this roundup, it turns out the wood finish determines what's the best price for each package. Here, you save an impressive 45% on complete Klipsch systems with a walnut wood grain finish (but the subwoofers are only available in ebony). World Wide Stereo also has packages in an all-black ebony finish, but those packages do not carry the full 45% discount.

The savings on this kit is specific to the walnut version and it's almost half off. This is a nice starter system, featuring a pair of RP-5000F tower speakers, an RP-500C center channel, the RP-500SA Atmos surround speakers (they can also be used as regular surrounds as is the case here), and the clips SPL–100 10-inch subwoofer.

Taken together, this is a system that will fill a small or medium-size room with enveloping sound. The sub is rated down to 27 Hz, which covers what you need to feel the impact of well-recorded movies, music, and video game sound. and since the surrounds in this system are also Dolby Atmos most speakers, if you decide to expand by adding more surrounds, you can incorporate 3D immersive.

Here's a highly capable system that uses the SPL–100 subwoofer for bass, this time pairing it with four RP-500M bookshelf speakers and a pair of RP-500SA Dolby Atmos surrounds.

Get a little bit more gusto with this 5.1.2 Dolby Atmos compatible speaker package (also configurable as 7.1). what differentiates it from the prior package is an upgrade to the RP-600M for two of the four bookshelf speakers (the other two are RP-500M).

Here we see a return of the RP-500C for the center channel and the SPL-100 10" for the sub. This is a quite capable kit that is probably deserving of a second subwoofer as an upgrade.

This deal is almost identical to the previous package, except that it upgrades the center channel to an RP-600C. This is a system that'll put out some serious SPL. This is a great foundation to build on for a high-performance surround-sound system. Here you get two RP-600M, two RP-500M the upgraded center, and the SPL-100 10" sub.

It's perfectly reasonable to expect this system to exceed expectations in terms of its price-performance ratio while keeping things simple in terms of the install.

Looking for an AVR to power your new Klipsch speakers? The new Denon AVR-X1700H is a great match for any of these packages.