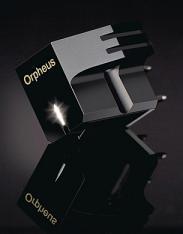 Transfiguration cartridges are masters of natural musicality. The exclusive patented yokeless ring-magnet generator construction places the moving coil at the focal point of the magnetic flux field leading to a new level of focus and natural resolution due to the reduction of phase errors generated by the magnet-with-pole-pieces construction of other cartridges.

Many LP lovers would consider the golden age of recorded music to be the 1950's - 1970's. This was when recording companies could afford long-term contracts with the leading artists and groups, afford the time for extensive rehearsals and trial recording sessions, indulged in little or no complex multi-channel mixing (which so often distorts natural musical timbres and perspectives and causes phasing distortions) and took a real pride in producing premium quality pressings.

The moving coil cartridge has become to be accepted internationally as the ultimate transducer of these and other fine analog recordings. However, despite increasingly sophisticated cartridges being developed there remains a number of aspects that place a ceiling on the quality of the reproduction: the prime cause being the yokes and pole-pieces of the magnet, which focus the field around the coil.

The yoke system is unable to focus the full power of the magnet into the coil affecting both the strength and the accuracy of the signal. The resulting distortion inherent in most moving coil designs shows as a high frequency rise, ringing and a high level of both distortion and tracking distortion.

There is also a masking of the frequency response, especially in the high range. The inter-relationship of magnetic field and coils is simply too "loose". The magnet and coils are too far apart to be able to capture the very subtlest details. On the other hand, very dynamic passages tend to cause coil saturation, especially if the coils are wound on formers. Increasingly powerful magnets, or special coils, bodies and suspensions, are in themselves no solution.

"Accuracy" defines precisely the ability of a cartridge to recreate the original recorded sound. Greater accuracy provides more of the music - the direct sound, and the myriad of recording environment subtleties that are the intimate detail. Ultimately, a more musical sound. Indeed, it seemed the ultimate moving coil design was already with us. Only to be continuously re-refined.

Now, in these final days of the glories of analog, there is a whole new frontier to the music of recorded music. A new concept, a single assembly that replaces the vast and costly magnets, the magnetic-field-dispersing yokes and the coils suffering from variable magnetic influences that typify all other moving coil designs.

Coils inside the magnet

Coils at the crux of magnetic focus

3. Push-pull damping. A special quality compound has been
meticulously designed and fabricated to provide total stylus/coil
alignment and control. Its non-sensitivity to temperature change keeps
the damping co-efficient stable and improves trackability.

6. Low mass tip. Ogura PA (3 x 30é m) tip. Its function is to
reproduce the character of the original recorded sound - not add or
subtract its own deficiencies.

9. Twin coils on cantilever fulcrum. Ultra low dynamic mass and
mechanical impedance for instant, accurate reaction to every groove
detail, including the ability to handle massive transients without
overshoot or break-up.