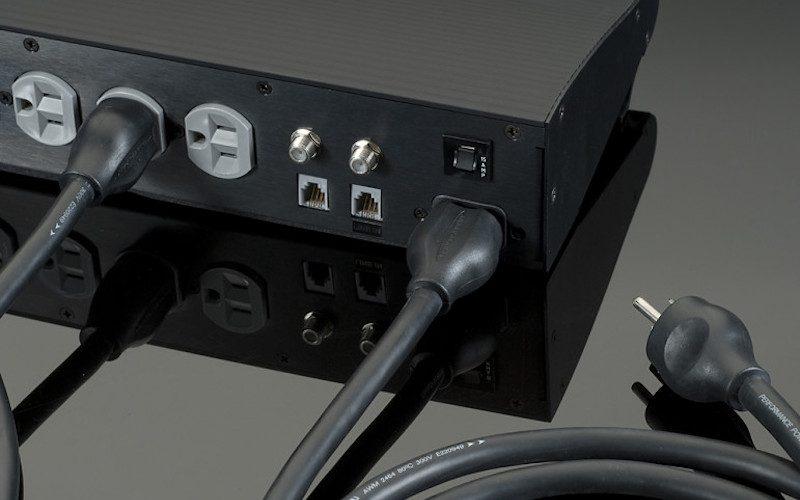 AC Power Product Reviews, Audio and AV Equipment Reviews
Published On: January 26, 2009
We May Earn From Purchases Via Links

For smaller AV and home theater systems comes the $995 Transparent PowerWave 8 Power Conditioner which has two fewer outlets than its bigger brother but the same consistent power output which is perfect for a mid-sized AV rack. 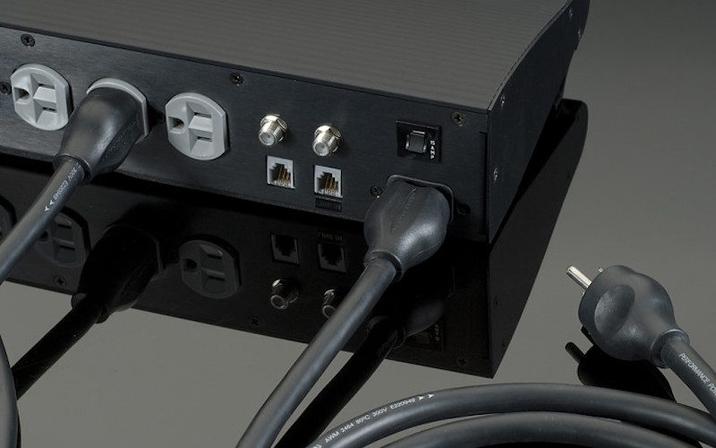 The PowerWave 8 features eight high-current, grounded, noise-filtering and surge-protected outlets. It also features surge protection for a coaxial source, as well as for a telephone. Unlike other power conditioners in its class, the PowerWave 8's outlets are all identical, providing you the same amount of protection and features across all of its outlets, as opposed to delegating some to high current and others to source components the way most conditioners do. Another nice thing about the PowerWave 8 is that it doesn't make claims about its protection and or conditioning levels, which are all but impossible to substantiate. Instead, Transparent opts for consistency, providing solid suppression and filtration from top to bottom, unlike the competition.

The PowerWave 8 is as much a technical marvel as it is a design one, with its sleek semi-tapered façade, complete with rounded front edge. There are no boisterous meters or flashing lights letting you know that it's working, for the PowerWave 8 just ... works. The whole piece is two rack-spaces high and comes complete with one of Transparent's own PowerLink power cords. Transparent says that upgrading the power cord will result in increased performance, but I found the included PowerLink cord to be among the best I've heard.

High Points
• The PowerWave 8's sleek, low-profile design makes it easy to integrate into your system or rack without having to move and/or remove shelves to accommodate it.
• The PowerWave 8 will lower your noise floor and subsequently increase the level of micro dynamics, as well as take the edge off high frequencies and firm up your bass. Is the difference night and day? No, but it is noticeable. While the greatest improvements came at the sound level, the PowerWave 8 does impart a bit of improvement upon video signals as well, especially in the noise and saturation departments.
• The included PowerLink cord is a great addition to the PowerWave 8 and also allows you to see what a difference it will make for your other components. I ended up purchasing three more PowerLink cords for my sources, for I found the results to be so good that I couldn't live without them.

Low Points
• The PowerWave 8's eight outlets are more than adequate for a two-channel system. However, in a home theater system, you may want to spring for the PowerWave 10 with its 10 outlets.
• The included PowerLink cord is a welcome and superb addition, However, it's a bit stiff out of the box and needs a fair amount of "flex in" time before it becomes wieldy.
• The PowerWave 8 has no form of battery back-up or sequential power up or down and, at present, Transparent doesn't make a product that offers that level of protection, so if you're in need of battery back-up, you'll have to look elsewhere.

Conclusion
If you're in the market for a quality, no-frills power conditioner that simply works as advertised yet doesn't cost an absolute arm and leg, look no further than the PowerWave 8 from Transparent Cable. While there are certainly flashier conditioners on the market and some that feature battery back-up, you'll be hard-pressed to find a better all-around performer for both music and movies than the PowerWave 8. How certain am I? I bought one.