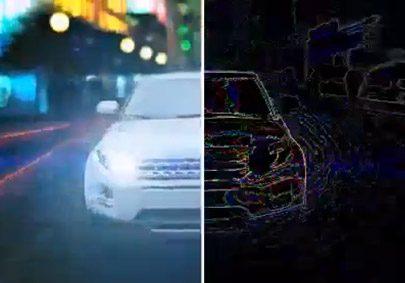 Video quality has long been sold with the notion that pixels determine quality and that higher resolutions are better. But what if that idea was made false by new technology? What would define picture quality then? 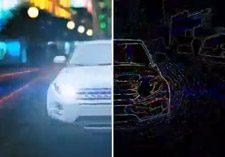 Pixels are a strange beast; their ability to be quantified can be seen as both a good and bad thing. For example, because UltraHD possesses four times the pixels as HD, we can quantifiably view it as "better." On the flip side, if an image, moving or otherwise, possesses a certain number of pixels, then that is all it will ever have. For example, an HD film, what with its 1,920 x 1,080 pixels, will never be more than that, i.e., UltraHD. In other words, pixels can scale down, but never up. Sorry, it's true. Pixels dominate everything in our digital video world. From smart phones to UltraHD displays, it's all about the pixel. But what if pixels no longer mattered?

A group of individuals from the University of Bath in England believe they have the solution to the pixel. With this solution, they're hoping to bring about an end to pixels. A bold statement for certain, one that definitely has more than a few ramifications for AV enthusiasts if it turns out they're right. The concept in question is called vector video, more specifically Vectorized Streaming Video (VSV). VSV is a codec that, when applied to a digital image, converts the pixels into vectors. What is a vector, you ask? Rather than relying on pixels, vector graphics, or in this case vector video, use points that exist in space along an X and Y axis. These points can also be assigned a color, shape, thickness, etc., without adding to file size, as a vector image comes with a sort of "key" that basically describes how to render or draw the image in real time. The beauty of vectors is that they're infinitely scalable, meaning whether the image is 20 inches or 20 feet across, the quality remains constant. Think about that last point for a moment: vector video is infinitely scalable, as it has no set resolution.

What does this mean for you? A great deal, actually, for a file encoded in VSV would be agnostic, for lack of better terminology. In other words, along with doing away with pixels - sort of - the VSV codec would effectively eliminate formats, too. There would be no SD, HD, UltraHD, nor streaming. There would just be The File. That's right, from cinema exhibition on down to your iPhone, the movie file would simply be The File. More importantly, file sizes would theoretically shrink in size with reportedly little if any loss in quality from the original master image. This means that, rather than deal with digital artifacts like macroblocking and the like, you would instead be treated to a crisp clear picture, one that was perfectly suited for every display, regardless of size, type, etc. Sounds amazing, doesn't it? It does.

But are pixels truly dead? No.

You see, at present, VSV is but a codec - a form of compression, if you will, albeit a superior one. What this means is, our imagery will still be captured digitally by relying on pixels. Only after the image is captured can it later be converted to VSV or turned into vector information. Once the image has been converted to VSV, it will remain as such until translated back to pixels via your display. We see this today when working in vector-type programs such as Adobe Illustrator and After Affects. In truth, vectors are nothing new, but they're newer to video - especially at the level of VSV. This isn't to say that with VSV, all pixels are going to die, for they aren't. They just won't be as important as they are now. If your incoming signal - let's say a movie encoded in VSV - is "resolution agnostic," then whether or not your display is HD or UltraHD won't make that much of a difference, if any. New players may be required, but our existing ecosystem, in terms of broadcast, streaming, etc., may not have to change. These are all very, very good things, as VSV could effectively end any discussions over new formats, physical or otherwise. Quality would effectively spike while bandwidth concerns would be theoretically be largely eliminated. Moreover, displays would then be judged not by their pixel count (though some may insist on doing so), but rather their sheer accuracy of color, contrast, brightness, etc. After all, pixels don't tell the whole story when it comes to how our eyes perceive quality anyway.

Sounds good, doesn't it? The promise that is VSV is one that cannot be overstated. Whether or not it will come to fruition for the consumer remains to be seen, for while VSV is real, it's being spearheaded by a very small group of individuals who are looking for partners to help them in broadening its reach. Right now, VSV seems to be gaining some momentum in the pro world, specifically in post-production, though there is hope that VSV will see other, more consumer-oriented applications soon. The folks behind VSV claim that more real-world demos of the codec will be rolling out in the next three to six months. They've even gone so far as to put time of death on pixels as a whole: three years and counting. I for one cannot wait.