Multichannel News is reporting, through other sources, that Verizon is rolling out a DVR Anywhere feature for FiOS customers. This feature will allow subscribers to access their DVR recordings remotely, as well as stream their full TV lineup to mobile... 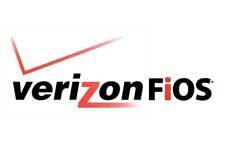 Multichannel News is reporting, through other sources, that Verizon is rolling out a DVR Anywhere feature for FiOS customers. This feature will allow subscribers to access their DVR recordings remotely, as well as stream their full TV lineup to mobile devices within the home. The new software update should be available in all FiOS markets by mid-December.

From Multichannel News
Dave Zatz sends word via his ZatzNotFunny blog that Verizon FiOS TV is starting to introduce a “DVR Anywhere” feature as part of its IMG software 3.0 upgrade.

According to the release notes floating about, DVR Anywhere will allow FiOS TV subs to access their recordings on Internet-connected mobile devices. Additionally, the software update enables in-home streaming of the full live TV lineup on the FiOS Mobile app.

Those features put FiOS TV closer in line with options offered by Comcast’s X1 platform, which allows for in-home streaming of the full TV lineup and, in several markets, access to a Cloud DVR that lets users stream recorded shows in or out of the home, or download the recording to a mobile device for offline viewing. TiVo, of course, offers similar features on its platform.

In Verizon’s case, “you’ll seemingly need both FiOS TV set-box and router hardware in the mix… as the Quantum DVR becomes a video gateway,” Zatz noted pointing out that the update allows for FiOS TV subs to stream the entire channel lineup in the home via the mobile app, versus a smaller subset.