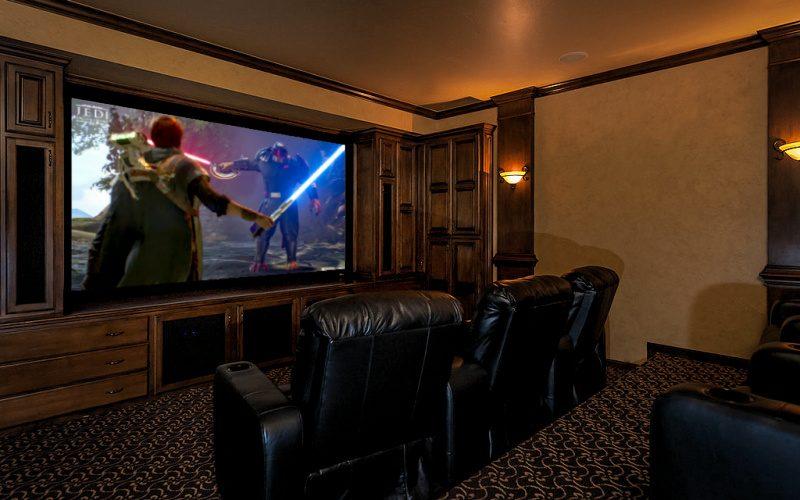 Feature News Stories
Published On: July 6, 2020
We May Earn From Purchases Via Links 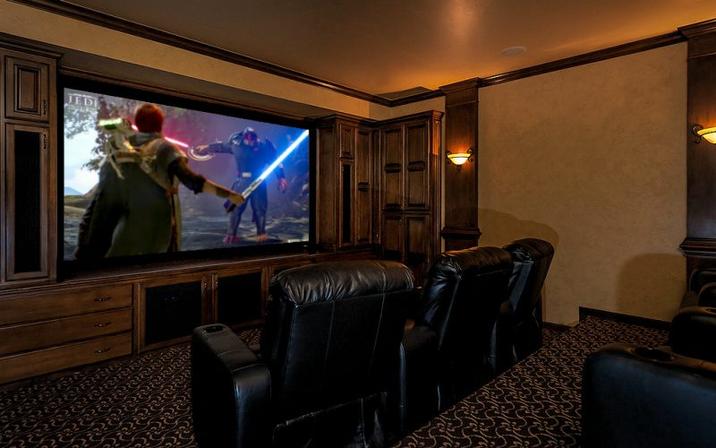 Last year, the video game industry brought in a record-breaking $120 Billion in revenue, which positively dwarfs the $42.5 Billion domestic Hollywood box office. What's more, the video game industry is expected to grow an additional four percent in 2020 alone, with all indicators pointing to continued exponential growth for the foreseeable future.

If you're conjuring images of Super Mario and Pacman in your head right now, you may be wondering why we're talking about this fact on a home theater website. Simply put: Times have changed, and today's video games are every bit as much a home theater spectacle as the latest Hollywood films. I'd even go so far to say that video games often make far better AV demo material than any blockbuster action spectacle.

In addition to offering compelling, well-written stories with excellent dialogue and plot points, they also take advantage of many of the same video technologies used in Hollywood films. Game developers often employ real-time HDR rendering to make the already near-photorealistic environments all the more believable, with better shadow detail, lifelike lighting and shadows, impressive high-nit specular highlights, more saturated colors, and better gradation of color and luminance than ever before. Today's PC games also employ things like real-time ray-tracing, high-resolution image textures, and impressive physics for realistic water-, hair-, and foliage- movement (all things you'll have to wait for the next generation of consoles to enjoy if you're a PlayStation or Xbox fan). If it's been a few years since you've last played a video game, I think you'll be shocked to see how much things have changed.

What's more, if you're looking to push your brand new 2,000 nit peak brightness QLED television to its limits, Hollywood movies aren't the best demo material. Hollywood is actually quite reserved when it comes to larger, near full-field high-nit highlights within the image. The same goes for deep color saturation that HDR10 and Dolby Vision formats provide.

According to this analysis (which, to be fair, was done in the SDR era), roughly half of all Hollywood movies will use an average of just five percent of your display's available image brightness throughout the entire movie. Video games in HDR, on the other hand, don't seem to suffer the same problem. They are far less prone to limit overall image brightness and go a little harder on large image portion, high-nit highlights.

HDR also allows for better shadow detail and near-black rendering, which is mostly designed to give gamers an advantage during gameplay, especially in murkier environments. But as a result, it also provides for some stunning video demo material.

But what about audio? Many modern games utilize procedurally generated surround sound to enhance their rendered environments. Some AAA games even offer Dolby Atmos as a sound output option (at least on Xbox and PC; for some reason Sony seems to have an aversion to Atmos gaming). Surround sound in gaming gives players a competitive advantage by allowing them to hear an enemy's position or other action elements more accurately within the sound field. (For this very reason, headphones that simulate surround sound effects are becoming more and more popular). But the side effect is that these games simply sound spectacular on a properly dialed-in home theater system.


HTR Senior Editor Dennis Burger agrees that video games are often the best way to show off your home theater. He recalled his recent experience playing The Last of Us Part II, telling me that he was almost more impressed with the game as a home theater demo than he was with the game itself.

The audio really caught his attention: "One of the things in particular that I love is that if you put the audio on its Studio Reference quality preset, it actually prompts you to adjust the azimuths of your speaker setup (i.e., 35 degree angle from center to front L&R, 110 degree angle from center to surrounds, etc.), and it then uses those azimuths in generating the surround effects and off-screen audio cues. As a result, when you're riding a horse through a snowy forest or piloting a boat through a raging storm, the environment around you benefits from one of the most cohesive soundfields I've ever experienced in my media room. The transition from fronts to surrounds is positively seamless!"

The Last of Us Part 2 - Official Story Trailer


If these audio and video technologies haven't piqued your interest to try out video games in your theater, how about this? Video games such as Star Wars Jedi: Fallen Order offer a cinematic experience that is almost like getting to control your own big-budget blockbuster film. The story of Fallen Order even supplements the cinematic narrative, filling in holes left by the episodic films. So, if you want to experience all that Star Wars has to offer, you'll want to play this game. And with its incredible HDR visuals and expansive surround sound, why would you want to experience it anywhere other than your home theater?

If you're new to gaming, try not to limit yourself with options that have familiar names like "Star Wars," though. I implore you to go into this dominant form of home entertainment with an open mind, especially if you're looking for an experience that's completely new or unique. Plenty of modern games look and sound great, but certain game franchises go above and beyond, offering up stories with substantive character development and plot, fun game play, and a non-linear narrative experience unlike anything you can get from movies or TV.

Check out the more recent Final Fantasy games for unique sci-fi/fantasy environments and incredible music. Take the Mass Effect series for a spin if you're into military sci-fi in a Heinlein-esque vein. Dive deep into The Elder Scrolls series, especially Skyrim, if you want to get lost in a traditional fantasy world that comes to life around you. Or try the Witcher games if a grittier, folklore-inspired hack-and-slash in a living world is more your speed, or if you've simply seen the Netflix adaptation and wish you could step into Henry Cavill's boots (or bed).

I think you'll be pleasantly surprised by the sheer amount of depth and substance these games have, but you'll be even more impressed by how compelling their worlds are if you visit them through the portal of your reference home theater system.

Currently, there are hundreds of game titles that allow for HDR and surround sound, but with the recently announced PlayStation 5 and Xbox Series X consoles coming soon, the list of games that support these home theater-friendly technologies is about to increase dramatically. With these newer, more powerful and feature-rich consoles, the future of gaming from a home theater perspective looks extremely promising. If you have a home theater and haven't already joined those of us who enjoy the hobby as an active – rather than passive – experience, now is an excellent time to jump in.