Jeff Berman examines the state of vinyl's mini renaissance. While there are still some positive signs, there are also signs that the revival has peaked. 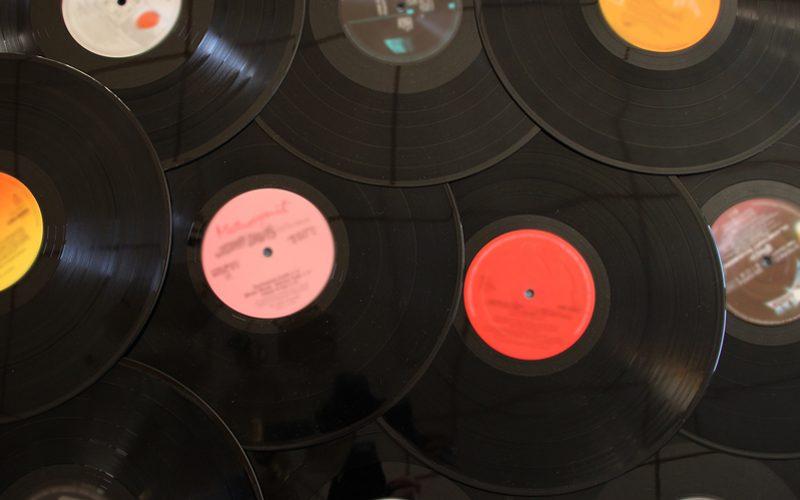 As you may have noticed, turntables and vinyl records have enjoyed a sort of mini renaissance over the past few years, but is this vinyl revival a bubble just waiting to burst? It could very well be–because it’s hard to see record sales continuing to grow for much longer, and turntable sales are already slipping.

Positive Signs Almost Everywhere
Unlike just a few short years ago, you can now find a turntable at just about any retail store that sells electronics–even Sears (if you can find one of their remaining locations) and Walmart. Granted, the only turntable you might find at one of these national retailers is a relatively cheap, portable model from Innovative Technology under its nostalgic Victrola brand. Of course, no one considers such turntables to be real examples of what vinyl enthusiasts mean when they talk about good turntables. For that, we need to look at one of the standout offerings from CES 2018: the VT-E BT from Pro-Ject Audio Systems, which the manufacturer touted as “the world’s first wireless vertical turntable.” That beauty was named a CES 2018 Innovation Awards Honoree and is being distributed in North America by Sumiko Audio, part of the McIntosh Group.

Overall, 14.32 million vinyl albums were sold in the U.S. last year, which represents a nine percent increase from 2016. At least some of the increased demand came courtesy of the 50th anniversary deluxe reissue of The Beatles’s Sgt. Pepper’s Lonely Hearts Club Band, which was the year’s top-selling vinyl LP, with 72,000 units sold. Compare vinyl’s sales with Compact Disc sales of about 99 million in 2017, though, and you can see that, even with a resurgence, records make up a tiny slice (roughly 14 percent) of the ever-shrinking physical media pie.

The revived turntable market “started to shift in 2017,” as lower-cost turntables entered the U.S. market and the average selling price dipped below $90. “So that certainly put some pressure on the revenue growth,” Arnold explained.

A large percentage of those lower-cost products were Victrola and Crosley turntables that were sold at retailers like Amazon, Target, and Walmart. Those products “did a good job of feeding that casual listener demand” among some consumers, he said, adding that nostalgia appeal was likely a factor, as well. That’s because many of the lower-cost portable turntables were designed to look just like older turntables. Not surprisingly, Victrola was the U.S. market share leader in dollars and units in 2016 and 2017, after Crosley held the top spot in 2015.

“I think maybe we are starting to see the backside” of turntable growth, Arnold said–“especially in the products that were carrying the market, which are kind of these sub-$100 products.” He predicted that the “pretty strong growth period that seemed to come out of nowhere” about two years earlier is “probably coming to an end.”

The Higher End of the Market
Audio-Technica, meanwhile, has fared the best among higher-end audio companies that make turntables, Arnold said. He pointed to NPD data showing that Audio-Technica had a 23 percent U.S. market share in dollars during 2017, positioning it in second place behind only Victrola’s 41 percent. In turntables priced $300 and more, Sumiko was number one with a healthy 45 percent share, followed by Audio-Technica at 10.6 percent.

Greg Pinto, vice president of marketing and consumer sales at Audio-Technica U.S., conceded that, “By the numbers, it would appear that turntable sales leveled out in 2017.” But he added, “The dynamics within the category continue to evolve.” For one thing, he explained, component turntables–those that don’t include CD players, radios, and all functions other than the ability to play records –“continue to see double-digit growth in units and dollars, and are pressing average retail prices higher” in the U.S. He guessed that “a likely cause for this trend is that consumers who have entered the vinyl market via lower-cost turntables over the past several years are now stepping up their listening habits and buying better-quality products to enhance their experience.” That trend is also “supported by significant increases in sales of replacement cartridges and styli,” he said.

Echoing Pinto, Pro-Ject’s brand director Buzz Goddard said, “Clearly the market is maturing,” but Pro-Ject is “seeing growth in the mid- to higher-end products ($500 plus) and a fairly steady market for entry-level ($200 to $500) models.” However, “the lower end of the market (products under $200) appears to be shrinking.” Goddard attributes that to “a consequence of fashion.” He explained, “Turntables are hip and cool, but fashion is fickle. Of course, we don’t play down that low, so that does not impact Pro-Ject.”

Music Hall, which NPD put at number seven in U.S. market share on turntables priced $300 and more in 2017, has been seeing consistently good sales on higher-end models, according to Roy Hall, its president and owner. But he added, “I think the market’s peaked for turntables.” Despite the bump in sales that turntables have seen as a category overall, he chalked much of it up to the rise of low-end products that started about two years ago.

Overseas manufacturers “shoveled hundreds of thousands of cheap pieces of shit into the marketplace because people were interested in turntables,” Hall complained, adding: “A lot of people bought rubbish turntables, and I think it’s had a bad effect overall in the industry.” It remains to be seen how many of the consumers who bought some of those inferior, cheap turntables will throw in the towel on turntables and vinyl records as a result of their poor experiences. And, even if consumers who bought those cheap turntables don’t have bad experiences with them, there’s still no guarantee that they will remain interested in turntables and vinyl records for very long.

Case in point: I bought an inexpensive Victrola unit from a Sears store in Hicksville, New York, that was running a clearance sale before closing its doors for good. I brought the device home and tested one of the hundreds of vinyl records that I bought many years ago and still own. The record sounded fine on the Victrola, although likely not as good as it would sound on my old Technics turntable that I haven’t used in a good 10 years.

In any case, I proceeded to not use the Victrola turntable again in the five or so months that I’ve had it–for the same reason that I suspect most consumers won’t be using such devices for long: because it’s just much easier to listen to any song I want on my iPhone or iPad.

They Will Survive
Regardless of the challenges that turntables and vinyl face, it seems unlikely that they’ll disappear completely anytime soon. They never really disappeared completely anyway. After all, they have been the main ingredients in scratching since the start of hip-hop and rap music.

There’s also the fact that many consumers continue to love the physical package that comes with a vinyl record. No other music format’s packaging has been able to provide the same huge canvas for artists to create designs to accompany the music inside. That’s a key ingredient of what makes Sgt. Pepper’s Lonely Hearts Club Band so compelling 50 years later, and it’s that same ingredient that attracted so many fans of Led Zeppelin and prog rock groups like Genesis and Yes to vinyl records back in the 1970s. I know because I’m one of those fans.

“Records are tactile. You can touch them. You can open them. You can feel them. You can read the notes” that come with the music, Hall said. “It’s a whole different experience” from what consumers get with streamed music.

Innovative Technology CEO and founder Corey Lieblein also pointed to the tactile aspect of vinyl records to explain what many people like about them. “As a kid, we used to buy vinyl, and we would do what we called ‘drop the needle on the record’ … And now the kids love the tactile feel. Even in this digital universe, they love the social interaction of watching a record spin [and] looking at the album art like we used to when I was a kid. When I bought a record as a kid, I would put the record on my record player, and I would start playing it, and I spent an hour looking at the album art and reading all the information on the album covers. And sometimes they had the words of the songs there. Sometimes they had a backstory on the album jackets. And so, the kids these days, they love, love, love the nostalgia of it.”

On the hardware side, audiophiles have always been there to support the higher end of the turntable market, even if it’s largely served as a niche market, Arnold said. He added there are also “enthusiasts that are really into vinyl and that’s, in general, a reliable consumer.”

Then you factor in the huge number of consumers who find retro products appealing, he said, noting that “the Polaroid camera is back, in a slightly different form factor,” while Nintendo has enjoyed success with mini versions of its older game systems the past couple of holiday seasons.

So, while CDs seem destined to follow the same fates as cassettes and (yuck) eight-track tapes, there may be enough factors at play to keep vinyl records and turntables around (to at least some degree) for a long time. Even if they never again reach quite the same heights as 2015 to 2016 and the heyday of vinyl many years earlier.

What could throw a monkey wrench into the future of vinyl, however, is the ongoing demise of brick-and-mortar stores. After all, the fewer stores there are for consumers to see, touch, and feel vinyl LPs, the less likely it is that vinyl will be sold. It remains to be seen whether enough independent record stores will be around to keep vinyl as even a nice niche business, especially as national retailers, including Best Buy, increasingly exit the packaged music business.

How many of you own a turntable and still buy and/or listen to vinyl records? If so, what do you like so much about them, what brand/model turntable do you own, and what are the most recent vinyl records you’ve purchased? Feel free to post your comments below.