Look out, Samsung. The breath you feel on the back of your neck comes from Vizio, who has just passed Sony to become the second largest HDTV seller in the United States with a 14.3 percent market share. Samsung currently leads the market with a 20.2 percent share. 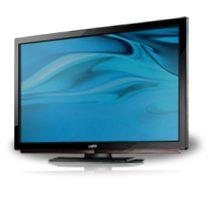 Both Sony and Samsung partnered up to build a factory to build LCD sets a few years back thus they control the technology and make more profit per unit than some other manufacturers.

Vizio is a rising star in the market as a low priced leader. They have become a multi-billion dollar player in the HDTV world by exploiting better than any other company the low margin warehouse stores - specifically Costco. Vizio also is very quick to market with value leading products that have all of the cool new features at the lowest price. They will be coming to market with a low cost Blu-ray player and sound bar speaker system soon.

Critics blame Vizio, in part, for the fall of Tweeter, The Good Guys and Circuit City in that those retailers couldn't survive selling HDTVs which only a few years ago were a profit laden luxury goods item. Today, with massive consumer demand, flat HDTVs are a commodity for mass market consumers. The real culprit for the failure of the above mentioned big box retailers was their inability to sell audio in any meaningful way. Low cost HDTVs get people in the store but for years before that all the big box stores could do is move television sets. They had no ability to sell added value (profitable) audio products. All Vizio did was inject more people into the market which should have resulted in more sales for the other companies not less.

New Life+Screen AS530 Series From Panasonic