Vizio really pulled out all the stops at the 2013 Consumer Electronics Show. The company announced a bevy of new HD televisions, including LED, Smart TV, 3D, and UltraHD models. 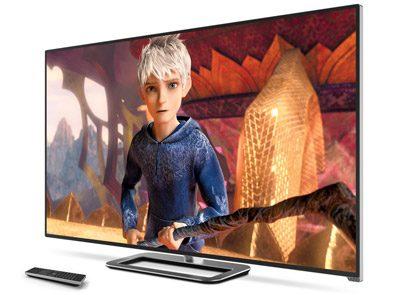 While the M- and XVT-Series will be unveiled at CES and available later in the year, VIZIO's popular entry-level E-Series line-up is available now and offers consumers an all-LED collection made affordable for every household. Bringing superb picture quality to consumers at a great value, the E-Series HDTVs have already seen great success at retail with large screen sizes of 70" (E701i), 65" (E650i), 60" (E601i) and 55" (E551i), as well as smaller units in 50" (E500i and E500d), 42" (E420d), 39" (E390i), 29" (E291i), 24" (E241i) and 22" (E221) available to consumers. The sleek, slim-frame LED product line offers advanced local dimming technology on 42" screens and above, SRS StudioSound HD, a DTS technology, for clear audio and more HDMI inputs when compared to competitive brands, allowing for expanded entertainment options.

VIZIO's new 2013 HDTV collection will be on display at 2013 CES at the Wynn Hotel's Mouton Ballroom by appointment only. The M-Series units will be available later this year and additional details on the XVT-Series Ultra HD Razor LED Smart TVs with Theater 3D to be announced closer to commercial availability. Consumers can find the new all-LED E-Series line both in-store and online through key retailers such as Amazon, Best Buy, Costco, Sam's Club, Target, VIZIO.com and Walmart. More information on VIZIO's CES announcements can be found at VIZIO.com/CES.